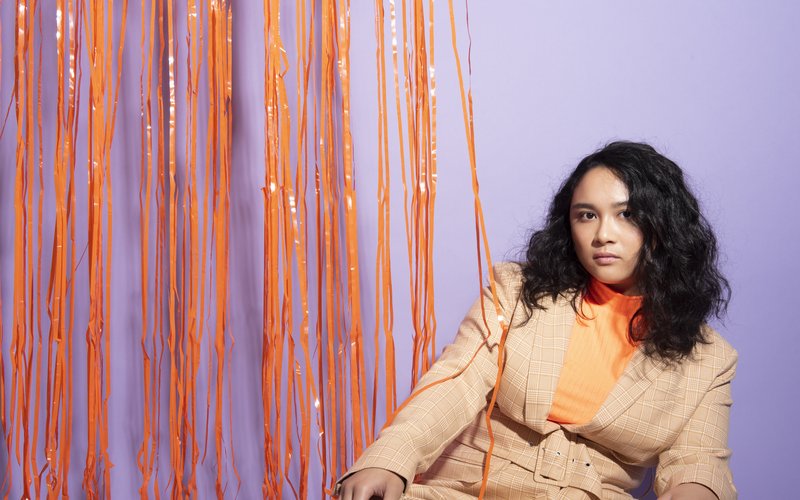 This new Jay Som song “A Thousand Words,” released on Feb. 20 from a 7” from the sessions of her 2019 album Anak Ko, sounds and feels like a deep breath. That’s not to say it’s quiet or insignificant; it’s just that from the opening guitar flicker to the crescendo of contrasting noise that ends the track, you feel more relaxed and aware of your surroundings with each passing moment.

It would make sense too, as Melina Duterte, the creator and primary force behind Jay Som, wrote this coming off a year of almost non stop touring on top of an entire album release. In a statement on the release, Melina explained that the track “was made a year after touring plus a cancelled tour” and was made to “remind myself that music can be fun.” “A Thousand Words” illustrates how Duterte’s calm vocal delivery set in front a mystical and hypnotic series of guitar chords resonates so much with listeners and make Jay Som’s work so addictive.

Some refer to the lazy title of “bedroom pop” to describe Duterte’s arrangements, ignoring the precision and methodical combination of ’90s rock, ’80s pop, and occasional ambience employed throughout her work. This track shows her unique ability to combine those meticulous sounds into something that seems effortless. In fact, some of Anak Ko’s tracks like “Peace Out” and “Devotion” contain beautiful moments tucked into seemingly simple verses that no one would blame you for missing when you’re caught in the sway of the irresistible tide of chords surrounding.

This track is similar to those of Anak Ko and it could totally follow something like  “Nighttime Drive” and fit right in with the album’s themes of patience, kindness and communication. Instead, it stands on its own as a great representation of what makes Jay Som’s work so touching and provides listeners with a encouraging call for vulnerability all wrapped up in a relaxing power pop envelope.