Spartans head to Purdue in search of third straight win 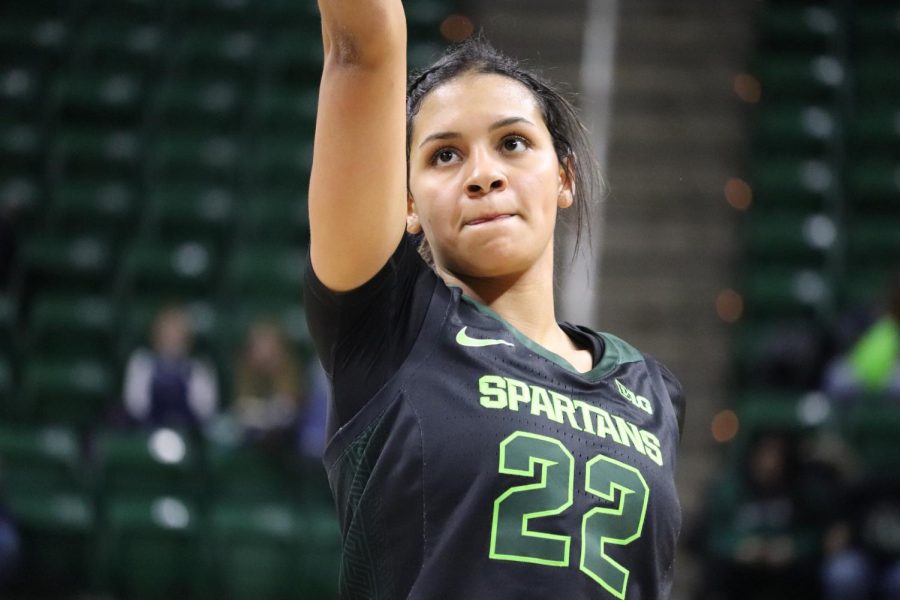 The Spartans are coming off a two-game winning streak against the Minnesota Golden Gophers and the Rutgers Scarlet Knights. Coach Suzy Merchant’s squad is now 13-12 overall and 6-8 in the Big Ten.

On this two-game winning streak, sophomore Tory Ozment has started in place of senior Nia Hollie. According to Merchant, Ozment gives the Spartans more offensive help and shoots from downtown at a high percentage at about 41%. Not to mention Moira Joiner is also a force to be reckoned with from beyond the arc. Through 25 games, Joiner is shooting 41% also.

Last time the two teams met, Purdue defeated the Spartans 76-66 in East Lansing. Karissa McLaughlin proved to be a problem for the Spartans, making seven 3-point shots en route to a 24-point performance.

“When they came here we did not do a good job stopping McLaughlin, she went off,” added Joiner. “We need to do better on ball screens and defense. We can play better but it will be tougher on the road, but we need to pick it up a little bit.”

Speaking of Joiner, the freshman lately has been picking up the slack for her team and even guarding the opposing team’s best player. Keeping one of the best shooters from the Big Ten in Arella Guirantes of Rutgers to 5-of-15 shooting is hard even for an experienced player. Heading into this road game, Joiner will need to step up guarding McLaughlin and providing key shots late in the game.

The keys for the Spartans to pull off an upset road win starts with their starting guards. Clouden is averaging 13.4 points per game along with 3.5 assists. On the other hand, Taryn McCutcheon adds 10.3 points per game with almost 4 assists.

The Purdue Boilermakers have not won a game at home since Jan. 26, an 81-68 victory over the Penn State Nittany Lions.

This game will be interesting to see where the Spartans are right before the Big Ten tournament. Will the Spartans extend their winning streak to three games? Will McLaughlin save the day again for Purdue? These are all questions that will be answered as the ball tips at 7 p.m. in Mackey Arena in West Lafayette.

Charlotte Steinberg is a women’s basketball beat reporter for Impact 89FM WDBM. Follow her on Twitter at @sportstalksbycs.