Anthony Cowan Jr. scores 11 straight to close out the game for Maryland, Terrapins pull away to win by seven. 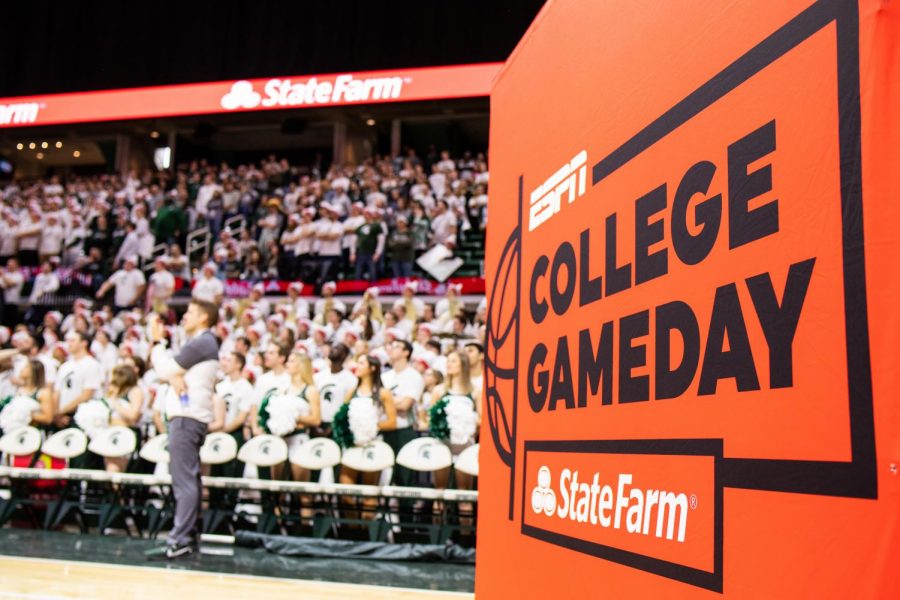 EAST LANSING — It’s been an emotional roller coaster around the campus of Michigan State over the past couple of weeks, and for the Spartan faithful, Saturday’s 67-60 loss to the visiting Maryland Terrapins proved that the good would continue to come with the bad.

The loss comes after a now unranked MSU got a huge win on Tuesday against No. 22 Illinois.

Cassius Winston gave MSU their first lead of the second half, after being down by as much as 15 in the game with 7:28 to go on a 3-pointer that sent the Breslin Center into euphoria. That was silenced as Anthony Cowan Jr. scored 11 straight which closed out the game and gave Maryland the win.

“We didn’t make some winning plays,” said MSU coach Tom Izzo. “I thought early we  missed a lot of good shots that were half down.”

The Spartans day started early, as East Lansing found themselves the host of ESPN’s College Gameday. With all of the hype and build-up surrounding the game, the Breslin crowd seemed ready to burst by the time tip rolled around.

No. 9 Maryland came into Saturday’s match with a comfortable lead atop the Big Ten at 20-4.

After winning seven straight in the conference, the stage was set for the Spartan’s to take advantage of a chance to topple a star-studded team that includes potential All-American’s, sophomore forward Jalen Smith and senior guard Anthony Cowan Jr.

The Spartans jumped out to an early 5-0 lead to start the game, off a Cassius Winston 3-pointer and a Xavier Tillman finish underneath the bucket. Tillman led all scorers in the first half with 14 points.

The Terrapins remained unfazed at the MSU’s hot start, however, and Cowan Jr. would respond by knocking down consecutive three’s of his own. He would finish with a game high 24 points on the night.

MSU was led in scoring by Xavier Tillman with 18, followed by Cassius Winston with 14.

As the empty possessions added up for the Spartans, the Maryland lead began to grow, amounting to as many as 15 points with three minutes remaining in the first half.

The intermission brought a ceremony honoring the 2000 Michigan State National Championship team. The faces of many MSU basketball alums could be seen throughout the Breslin during the game.

As Michigan State began to fire on all cylinders, Maryland began to show signs of weakness. A rare Cowan Jr. airball was preceded by a Terrapin shot clock violation, both of which sent the Breslin crowd into a frenzy.

The Spartan lead would grow, but the Terrapins weren’t ready to throw in the towel just yet. Back-to-back three pointers by Jalen Smith and Anthony Cowan Jr. would bring the Terrapins back to within one.

It was just a minute later that Cowan Jr. would hit yet another unanswered three pointer to give the Terrapins the lead. And then another.

“Whatever it was, they deserved to win the game, we deserved to lose the game,” said Izzo. “But, give Maryland all the credit. I loved the way they did not take a lot of  bad shots.”

Cowan Jr. was aided in his fourth quarter heroics by 17 and 10 double-doubles from Jalen Smith, and 9 points each from Donta Scott and Eric Ayala.

As the Terrapins prepare to host Northwestern, the Spartans prepare to travel to Nebraska Thursday night. Game time is set for 8:30 p.m.