Mel Tucker left Colorado to become head coach at Michigan State. Tucker was unanimously approved by the MSU Board of Trustees on Wednesday. 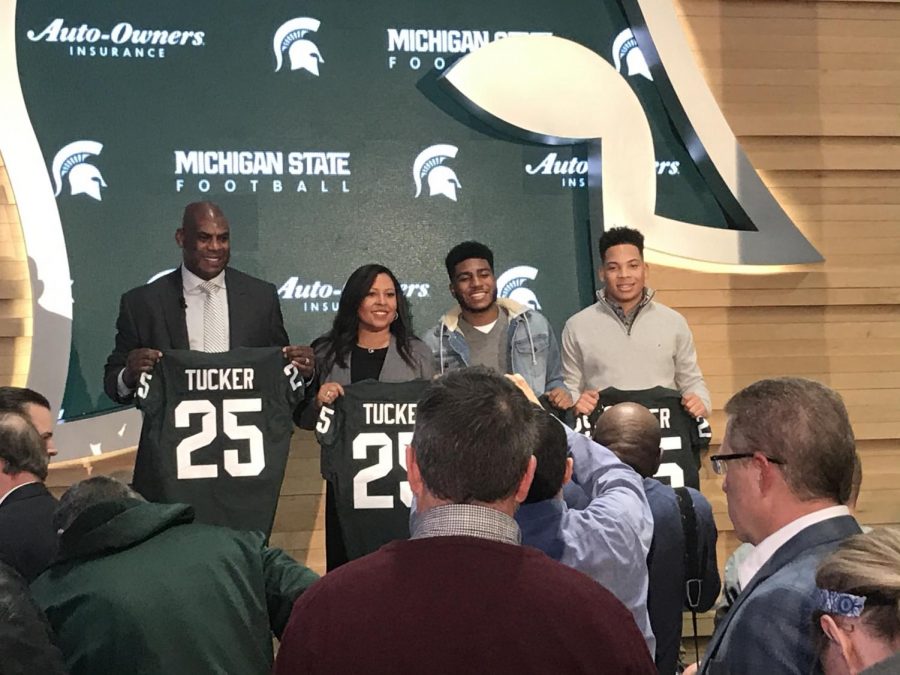 EAST LANSING — Mel Tucker arrived in East Lansing on Wednesday afternoon following the announcement that he would become the next head football coach at Michigan State University.

The final step before his hire was complete was approval of the hire by the MSU Board of Trustees, who voted 7-0 to approve the hire Wednesday evening.

The Board of Trustees approved a six-year contract, which according to Bruce Feldman of The Athletic will “more than double” what his salary was at Colorado.

Larry Lage of the Associated Press reported late Wednesday that Tucker’s contract is for $5.5 million a year.

Michigan State is paying Mel Tucker $5.5 million per season as part of his six-year contract. Tucker was one season into a five-year, $14.75 million contract at Colorado.

It’s been a wild ride for MSU the past eight days, athletic director Bill Beekman said during the special Board of Trustees meeting on Wednesday. The news comes a little more than a week after Mark Dantonio abruptly stepped down after 13 seasons and a school record 114 wins with the Spartans.

Tucker, 48, had his introductory press conference shortly after the Trustees approval, the former Colorado head coach departed from UC-Boulder after one season as head coach. He went 5-7 in 2019. He had the 34th ranked recruiting class in the country, according to ESPN.

“Leaving Colorado was actually the toughest thing that I’ve ever done in my career,” said Tucker. “In my life actually.”

“It was absolutely the right decision.”

An emotional Tucker was choked up talking about his parents, thanking his family. He spoke about the culture of MSU and how he will have a culture of responsibility under his coaching staff.

The former MSU graduate assistant began his coaching path with the Spartans in 1997 under Nick Saban.

“You know, I hoped. I hoped. My dream was to come back here and be the head coach. That was my dream,” said Tucker. “When you work for a guy like Nick Saban and you see him do it, you know, you can’t help but to aspire to be able to be in that position one day and do that.”

Tucker did not mention any names when discussing assistant coaches and who would be a member of his staff during the presser. Although, Matt Jones of Kentucky Sports Radio reported that MSU was pursuing University of Kentucky assistant head coach and recruiting coordinator Vince Marrow, who has played a big role in the Wildcats recruitment of the midwest.

“We (the football team) want to thank Coach D for putting in his time here,” said MSU linebacker Antjuan Simmons. “We’re excited, we’ve been working hard here you know … that (first) meeting was, it was intense.”

Now, MSU will prepare for its spring game as the team tries to replace starting quarterback Brian Lewerke and others who departed after MSU finished 7-6 in 2019.

For now, Tucker and MSU will begin to build the rest of the coaching staff and parts of the roster as the spring game approaches for the Spartans.

“I’m going to get buried here,” said Spartan men’s basketball coach Tom Izzo at the press conference. “So hopefully, you know, you’re going to follow in my footsteps in that way.”