We Watch It For The Music | Sex Education 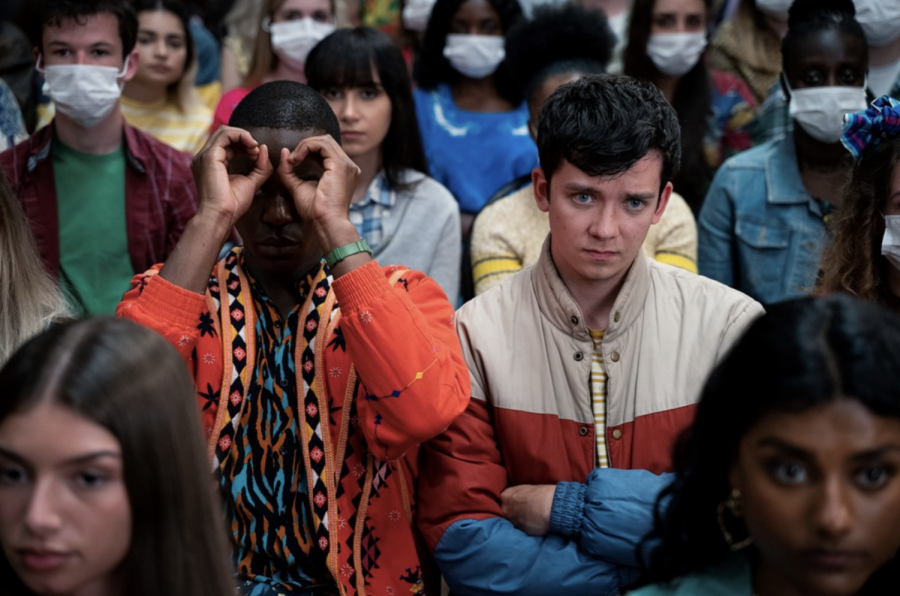 Season 2 of the hit Netflix show Sex Education is back with a soundtrack even more incredible than the first season, thanks to American singer-songrwriter Ezra Furman. With executive control over the show’s music, Furman has managed to translate the enigmatic feeling of the show into sound.

While it’s set in the present, the costume design and English countryside backdrop of the teen dramedy creates a nostalgic ‘80s feel. This makes the smash hit of the decade accompaniment to almost every major moment in the show appropriate to say the least. Alongside these throwbacks are also a medley of modern bangers that oddly resemble an Impact playlist.

As the arc of each character progresses, so does the power and suitability of the music. Whether it be a personal conflict or a sexual experience, which there are an abundance of in this show, there is always a perfect tune alongside it.

In the first episode we see the first sexual encounter between the main character Otis and his girlfriend Ola. Their awkward foreplay and Otis’s performance anxiety is paired with Jon and Robin’s “Do It Again A Little Bit Slower.” The use of this song is ironic, with the lyrics taking on a second meaning to match the discomfort building between the two in this scene. The sweet, wholesome feel of this track as well as its upbeat melody diffuses the tension of an otherwise cringe-worthy moment.

Season 2 addresses a variety of difficult, dense topics with a level humor and love. Among these is Aimee’s sexual assault experience on the bus. If it hadn’t been for the intervention of her best friend Maeve, she might have brushed off the event entirely and she certainly would not have reported it. We see the dark moments of Aimee’s emotional response to the assault when she returns home from the police station and isolates herself in her bedroom. As she begins to cry, the melancholic notes of “Life,” a modern cover of Des’ree’s ‘90s classic by Sorenious Bonk featuring Signe Mansdotter fade into the scene. The choice to include this cover as opposed to the original also enforced the era-blending theme in the show.

This was the moment I realized I had to write this. In the very next scene, the timeless classic, and one of my all-time favorite songs plays: “Pale Blue Eyes” by The Velvet Underground. The main conflict of the show thus far is waiting for Maeve and Otis to  get over their damage and insecurities and get together. In this scene, Maeve comes just inches from confessing her love and, guided by the sleepy voice of Lou Reed, decides against it at the last second. The sadness captured in this song is identical to that of the situation of the show; the numbing pain and beauty of everyday life in the face of love.

Otis’s best friend, Eric, may not have one of the most important storylines in this season. However, he of course faces significant conflict in his love life that led to some great tracks. Early in the season we are introduced to the mysterious French exchange student, Rahim, who almost everyone in the school takes an interest in. Surprisingly enough, Rahim immediately sets his sights on Eric.

In episode 4, as Rahim asks him to be his boyfriend, “Devil Or Angel” by Ezra Furman plays. This was one of the many tasteful ways that Furman incorporated his own music into the show. The internal battle described by the song perfectly suits Eric’s struggle to choose between the romantic Rahim or his problematic former-lover Adam. Even though he has experienced mostly shame and mistreatment from Adam, he still has a soft spot for him. The viewer reads this conflict in Eric’s face as Furman sings, “Devil or angel, dear, whichever you are. I need you.”

Episode 7 is probably my favorite in terms of soundtrack. Countless relationships are beginning to bloom and fall apart as the season comes to a close and the audience is hammered with heartbreaking, intimate songs. This includes the absolute king of that genre, Sufjan Stevens. His famously tragic song that was also featured in Call Me By Your Name, “Mystery of Love,” was included in the scene when Otis’s mother Jean gets broken up with by her  boyfriend Jakob. The beautiful, melancholic instrumentals of the track make Jean’s regret and dejection that much more visceral. Despite making a career out of being a sex expert, Jean still struggles with the intricacies of love and committment like the rest of us.