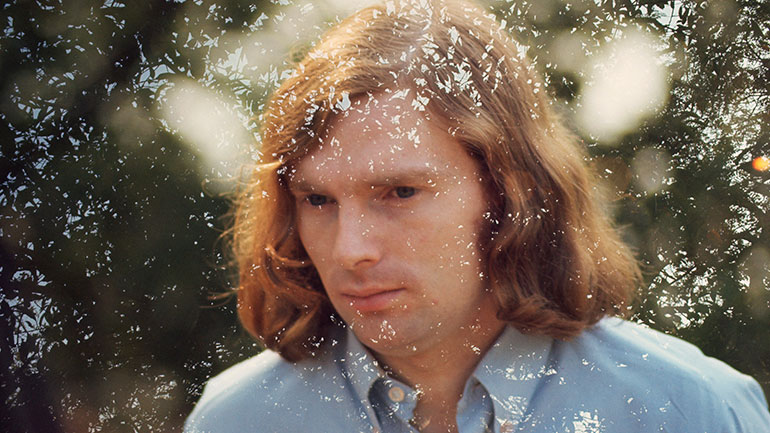 Just one year after cracking the international charts with “Brown Eyed Girl,” Van Morrison relocated to the U.S. Upon arrival, he immersed himself within the intellectualism and hippy poetics of Cambridge, Massachusetts, circa 1968. There, amongst the historic, ivy-covered walls of Harvard and M.I.T., he created Astral Weeks, an album of raw, wild-eyed spiritual transcendence hitherto unrealized in the history of recorded music. A masterpiece of vocals, poetry, experimentation and genuine enlightenment through the sonic medium, Astral Weeks remains a beloved and highly influential album to this day, 52 years after its initial release.

While the record has seen its profile grow significantly over the past half century, it remains a ripe, undiscovered territory for a new generation of music lovers. For those seeking to explore this album for the first time, let us suggest the album’s second track, “Beside You,” as a perfect jumping-off point.

“Beside You,” the album’s second track, is a spacey, atmospheric slow-burn, one situated directly between two of the album’s punchiest and most attention grabbing numbers (“Astral Weeks” and “Sweet Thing”). In contrast to these offerings, “Beside You” is a winding and contemplative piece of music, evoking esoteric feelings of serenity and spiritual illumination. The result is a track that is quite simply masterful – a genius that comes down to three main points, which quickly become apparent to you upon first listen.

The first thing you’ll notice about “Beside You” is the dreamy, airy instrumental arrangement slowly building in the background. The album itself is chock-full of sounds like these – from acoustic guitars to wire-brush snares, upright basses, vibraphones, string sections, horns, woodwinds and more. Due to the song’s placement between two giants, the band largely stays in the background, allowing Morrison’s gorgeous voice to soar over their highly impressionistic-yet-minimal ruminations. Only then, after initially lying low, do they build into compelling swells of lush organic sound, which all coincide directly with the dramatic climaxes of each verse throughout the song’s five-minute runtime.

Another key element here is Morrison’s singing voice. While often subjected to a series of tired clichés, such as sounding “volcanic,” “like a roar” or “like Irish whiskey,” Morrison’s voice is truly a singular force of nature. Less comparable to tangible items than it is to abstract immaterial feelings of warmth or dizzying euphoria, Morrison’s voice continuously resonates with the pleading of southern soul, the weary, time-addled croon of old-country wailers, and the urgent, poetic coarseness of classic folk singers – all in equal measure – throughout the record in its entirety. Van Morrison, to this day, remains one of popular music’s most singular and affecting vocal talents, and Astral Weeks showcases this prowess at its most dazzling and arresting peak.

The third and final aspect of “Beside You” is how effortlessly it deploys its lyrical, melodic and instrumental abstractions all at once, specifically in a way that is so seamless and without confliction. Morrison’s lyricism – an expressionistic, stream-of-consciousness collection of loosely associated emotive imagery – meshes wonderfully with the artful, intuitive foundations his band so wonderfully lays down behind him.

Lastly – and most essentially of all – are the beautiful, winding paths he carves through these instrumentals. Morrison’s vocal melodies slice through the dreamy backdrops surrounding him, taking on a highly viscous quality that exists sparingly, if at all, outside the confines of this record. In the same way that water flows until it finds a point of least resistance, Morrison’s voice effortlessly tumbles through a series of cascading melodic escapades, only to settle in the most peculiar of places in mesmerizing and unexpected ways. These melodies – and particularly the fiery and impassioned way he sings them – elevate the song from simple chamber-folk exploration into a genuine musical masterwork.

“And you’re high on your high-flyin’ cloud /

Wrapped up in your magic shroud as ecstasy surrounds you /

This time it’s found you.”