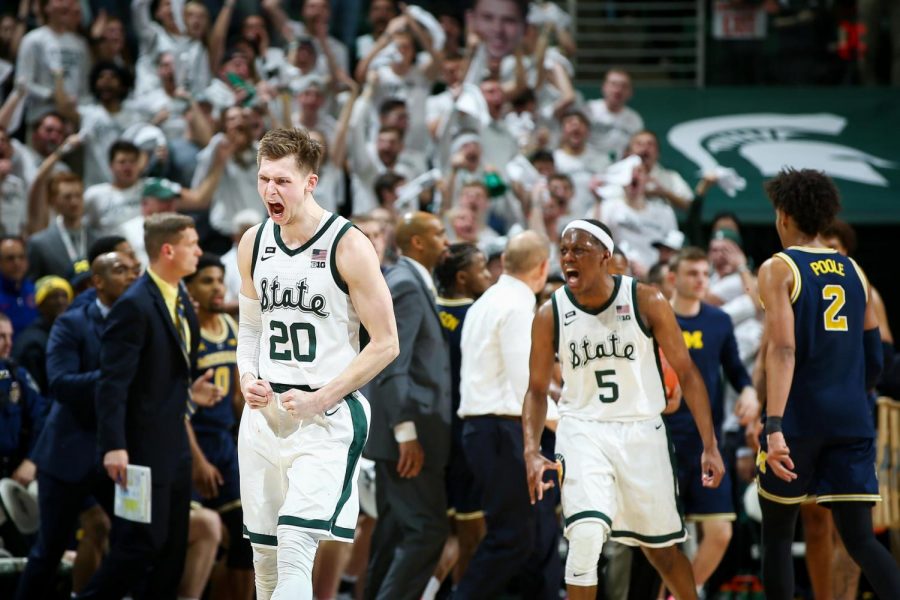 After a night filled with turnovers and a key missed free throw from star guard Cassius Winston, the Spartans fell to Penn State, 75-70. Now, they’ve lost two straight and three out of their last five games.

Henry knows this shouldn’t have happened because Michigan State has seen this all before.

“We shouldn’t have years like this, we should have saw this coming after the Wisconsin game. We lost around this time last year and it should be just nipped in the bud right there, but we didn’t have to go through this and that’s something that I said and I didn’t want to go through.”

Just a season ago right around this time in early February, Michigan State went on a three-game losing skid. MSU dropped games at Purdue, at home to Indiana and then on the road to Illinois.

“That’s the first thing I said when I got in the locker room and to the guys, it sorta seems like last year of how around this time we weren’t playing our best basketball and the best basketball we want to play is around March,” said Henry.

“Hopefully we get to that point where we are and we just need our leaders to step up and me to be better and everybody to be better for the team’s goals and not just our individual goals.”

The team was a far cry from the Final Four team it would end up being. What got it there were some words from senior leaders Matt McQuaid and Kenny Goins in the locker room.

“We were talking more off the court stuff, all team activities we’re doing it together, everything is together, freshman you eat last,” said junior forward Xavier Tillman.

“Going back to our old Michigan State rituals and really getting back to it instead of drifting off on the path of not going hard in practice and taking days off, but really just back to the grind,” Tillman added.

Goins’ words would extend outside of the locker room following the loss to Illinois that season saying simply at practice, “You either nut up or shut up.”

Everyone knows how the rest of that story goes. Now this year’s Spartan team has a chance to write the rest of its own.

“Not saying it’s the end of the world because we still got eight games left, but we could possibly need these two,” said Henry. “We’re going to look back at these like wow, that night we should have won those games and we just got to realize that and mature from that and grow as a team in that area.”

The players did have words in the locker room, as Henry said that himself, Tillman and Kyle Ahrens spoke, echoing the words of Goins and McQuaid.

“Today, the word that we used after the game was togetherness and being connected as far as on the defensive end,” said Tillman.

“We had some plays where (Penn State’s) Lamar Stevens was isoing us and we’re like ‘go help, go double, go double!’ and they’re like ‘I don’t want to leave the shooter.’ And instead of being frustrated we broke it down after the game, like no you have to realize that this is a team game, we’re not worried about your man. You have to help your team out, you have to do what you gotta do to help the team, so definitely togetherness.”

Tillman added that it all starts by getting back to basics again this season.

“Freshman will eat last, I think we have a big break coming up soon,” Tillman said. ”So guys can actually get back in here and start working on their individual game again, back to lifting a couple of days a week again, really just getting back to the routine is going to be nice for us to get back to being gritty again.”