No. 16 Michigan State welcomes in No. 22 Penn State 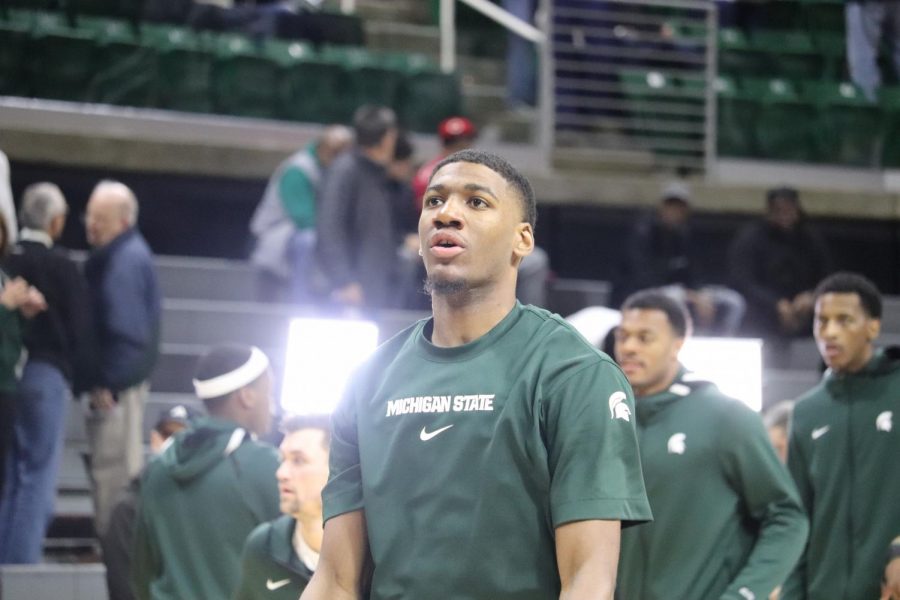 EAST LANSING — The No. 16 Michigan State Spartans will suit up in the Breslin Center tomorrow night to take on No. 22 Penn State. The Nittany Lions are 16-5 overall and 6-4 in the Big Ten, but it seems records don’t mean much in this conference.

No. 16 Michigan State has had an inconsistent run, losing three of its last six games. The three hits from Purdue, Indiana and Wisconsin have all started slow. The Spartans struggled to make up the deficit created in the first minutes of each game.

The Nittany Lions are hot off a four-game winning streak after overcoming Nebraska, 76-64 on Saturday. The Spartans will need to improve greatly since their last appearance against Wisconsin if they want a change in course.

Here’s how Penn State might cause some trouble for MSU.

Unlike what viewers saw from MSU against Wisconsin, the Nittany Lions can make their shots. They rank second in the Big Ten at 76.9 points per game. PSU’s Lamar Stevens will be hard to contain. The 6-foot-8 power forward ranks fourth in scoring in the conference, averaging 16.5 points per game.

Penn State also threatens MSU’s inconsistent offense. The Nittany Lions average 8.5 steals per game and 5.6 blocks per game (best in the Big Ten). The Spartans’ frequent turnovers and sloppy play will cost them the game if they don’t clean it up.

Spartan big man Xavier Tillman played one of his worst games this season against Wisconsin. He shot just 20 percent from the field, going 3-for-15. Going up against guys like Stevens and leading rebounder Mike Watkins, will not end well for Tillman if he doesn’t step it up.

Lastly, Penn State’s offense outside the perimeter requires the Spartans to play incredible defense. The Nittany Lions have consistent shooters in Izaiah Brockington, Myreon Jones and Jamari Wheeler. Those three guards are each averaging 44 percent or higher from the floor.

MSU’s defensive spark plugs like Aaron Henry and Gabe Brown will need to close out and contest shots if the Spartans want any chance at keeping the game close.

Though Penn State poses multiple threats to a struggling Michigan State team, the outcome is up to whomever plays harder and makes shots. Winning a game at home like this could be exactly what the Spatans need after a tough loss.

The matchup will tipoff at 8 p.m.