From The Stage To The Studio | “Cop Car” – Mitski 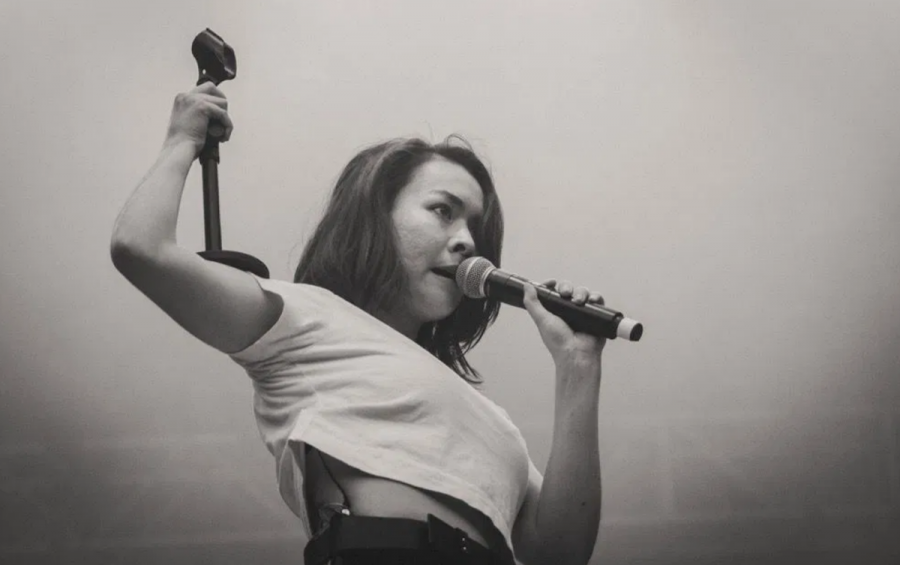 After taking an indefinite hiatus from touring, Mitski has been rather quiet. With her social media gone and her last release dated back to 2018, it’s difficult to be certain what the indie-rock icon has been up to since her last show in September.

“Cop Car,” her first original release since Be the Cowboy, came as a surprise to fans after being released without notification. The song is not exactly new, as there are videos dating back to 2014 of the song being performed live. Nonetheless, many fans are excited to have a studio version of the song available to listen to.

Released as part of the soundtrack for Floria Sigismondi’s new film The Turning, it’s easy to get a feel for the dark nature of this song. The opening sets the tone for the rest of the track, pairing descending guitar riffs with periodic taps on the symbols. Gradually expanding from this unsettling pair, the track opens up to the full instrumentals with ominous effect. If it weren’t for the vocals, this track would be hard to distinguish from the grungy droning scores commonly found in a horror movie, a style which complements Mitski’s vocals extremely well.

While the instrumentation lays the groundwork for this track, it would not have the same punch without the lyrics. Stylized in Mitski’s haunting airy tones, we can follow her descent into madness as she recounts her inner struggles, culminating with her repeated chanting of “I will never die.” Just when you think the song has reached its sinister peak, the vocals resume with the haunting phrase “I’ve preemptively blocked all the exits / so I will burn in this movie theater, hey,” signaling the track to once again dissolve into beautiful musical chaos as it draws to a close.

Sitting alongside contributions from Courtney Love and Soccer Mommy, “Cop Car” still stands out from the rest of The Turning soundtrack. While it is unclear if this release is a hint at Mitski’s return, or simply the release of a long awaited live piece, it’s a pleasant reminder that Mitski isn’t done yet.

The Turning is out in theaters now.

Feature image by Nick Langlois; retrieved from Consequence of Sound.