We Play It For The Music | Bloodstained: Ritual of the Night 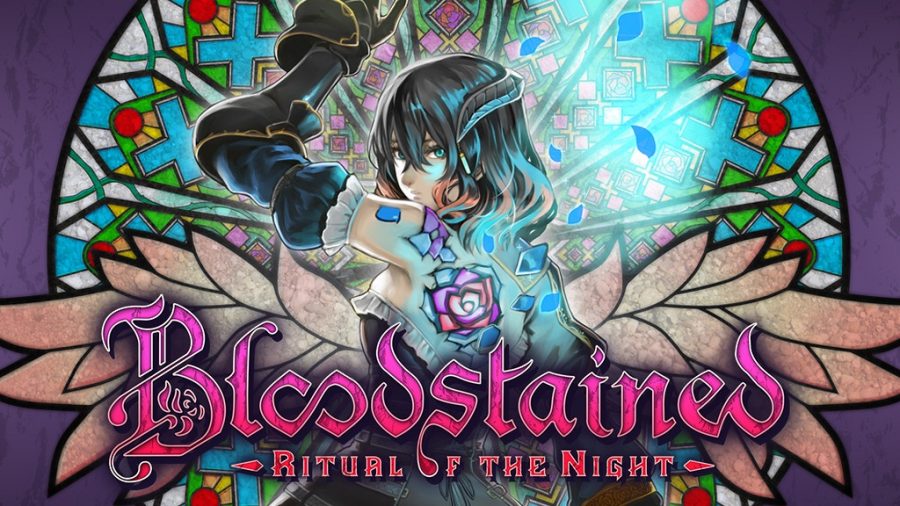 When it comes to iconic video game soundtracks, the Castlevania series is often ranked as having some of the greatest. Bringing together haunting, symphonic melodies and hard hitting jams that would not seem out of place in a rock opera, it’s easy to see why the soundtrack to these games are considered classics. Unfortunately the popular action platformer franchise seems to have faded into the background over the past five years, with developer Konami opting to port and remaster classic games from the series rather than release the next installment. With an absence of new titles circulating the market, this is where game designer Koji Igarashi makes his entrance.

Igarashi is something of a legend to many retro video game fans. Best known for his work as the director of Castlevania: Symphony of the Night, Igarashi (often referred to simply as “Iga”) revolutionized the Metroidvania genre. Serving as lead producer of the series until 2011, Igarashi helped to create some of the franchise’s most iconic titles including Aria of Sorrow. After leaving his position at Konami in 2014 due to creative differences, Igarashi went on to found his own games company, Artplay, and began raising money for a new game franchise, inspired by his work on Castlevania.

When looking for a way to fund his newest title, Igarashi turned to Kickstarter. Asking for $500 thousand for production costs, the title was funded in the span of a few hours. After raising more than $5.5 million in total, Iga’s dream of making a spiritual successor to his past work was complete. Two games were eventually released, with Bloodstained: Curse of the Moon serving as a retro-styled prequel to the series main release.

Bloodstained: Ritual of the Night was released on June 18, 2019, and was surrounded with hype from online outlets like IGN. Releasing on Xbox One, Playstation 4 and later on the Nintendo Switch, it garnered fairly positive reviews with IGN, scoring the game an 8.8 out of 10, and an average rating of 83 out of 100 on Metacritic for the PS4 version. The story is centered around Miriam, a young woman who is able to use magic due to a curse that is slowly turning her to crystal. You spend the game hunting down the similarly afflicted Gebel, who has used his powers to summon a castle filled with a demon army to take revenge on those who cursed him. Sound familiar?

Bloodstained is a franchise that doesn’t just wear its influences on its sleeve, it’s fueled by them. Featuring original songs composed by Michiru Yamane, the famous mind behind  Symphony of the Night’s soundtrack, Ritual of the Night’s backing tracks pack just as much punch as the classics.

“Voyage of Promise” is one of the first songs heard in the game, which serves as a solid representation of some of the more retro styled songs on the soundtrack. Using a modern orchestra to call back to the simplistic melodies found in games from more than twenty years ago, this song fills the player with adventurous energy as they plunge themselves into the first stage of the game.

Moving forward quite a bit, “Gears of Fortune” is one of the most powerful songs in the game. Serving as the theme to the Twin Dragon Towers, the beautiful strings section, accompanied by guitar, drums, keyboard and sometimes even organ make ascending the gear littered clock tower feel like even more of an accomplishment. While the player has little idea of what awaits them at the top of the tower this song helps to bring out not only a sense of urgency, but a sense of confidence that whatever is to come is something they are skilled enough to accomplish.

“Cursed Orphan” is probably the most reminiscent of the rock opera style of background music found in Bloodstained’s spiritual successor, which likely explains why this song was used in the game’s promotional trailers. By pairing howling violin with the periodic chime of church bells this song perfectly captures the spirit of the gothic adventure genre. If that wasn’t breathtaking enough, the guitar part in the middle really adds to the epic feel of the gameplay. Naturally this powerful tune plays in the Inferno Cave section of the games map, which goes to explain all the face melting going on in the background music.

Speaking of face melting, probably one of the most fun stylistic moments in Bloodstained is when you first discover the Tamako Death demons. What initially sounds like you accidentally triggered a boss fight is later discovered to be a young woman shredding on a guitar, summoning flames with her music. For such a creative addition to the game you would have thought that these wayward souls would play a larger role, but unfortunately they have been confined to perform on the small stage as basic enemies. Despite this, “Theme of Tamako” stands out as one of the most memorable songs on the soundtrack.

Lastly, this piece would not be complete unless it mentioned “Valiant Stride” and “Silent Howling 8bit.” Both tracks play in one of the game’s secret areas, the aptly named 8-bit Nightmare which is meant to emulate some of the original Castlevania titles. As if this little easter egg wasn’t cool enough, the music is outright phenomenal. “Valiant Stride” sounds as though it was ripped straight from Castlevania III: Dracula’s Curse, and really  brings the atmosphere of this stage to life as you fight off re-skinned versions of classic Castlevania monsters. Once you’re done grooving on the main stage, the boss fight turns things up a notch. While the 8bit cover of “Silent Howling” may not call back as much nostalgia as “Valiant Stride,” it does do an amazing job of covering the game’s secret boss theme. It almost sounds like something you would hear in other throwback titles like Shovel Knight, before you realize this was the same song you heard in past boss fights. Ultimately this truly shows the beauty of Bloodstained’s original soundtrack. In reimagining the game’s symphonic backing tracks to how it would have sounded were the game released 30 years ago, it shows that not only was this game’s sound designed with nostalgia in mind, but it also begs the question if this can be done with every song on the soundtrack?

While Bloodstained: Ritual of the Night may not be one of this year’s best sellers, its soundtrack alone sets it apart as a niche gem. If you ever wondered what a modern take on an old classic would look like, or if you simply need something to remind you of the music found in old Metroidvanias, Bloodstained is certainly the option to consider.

Feature image retrieved from the Bloodstained: Ritual of the Night Kickstarter.