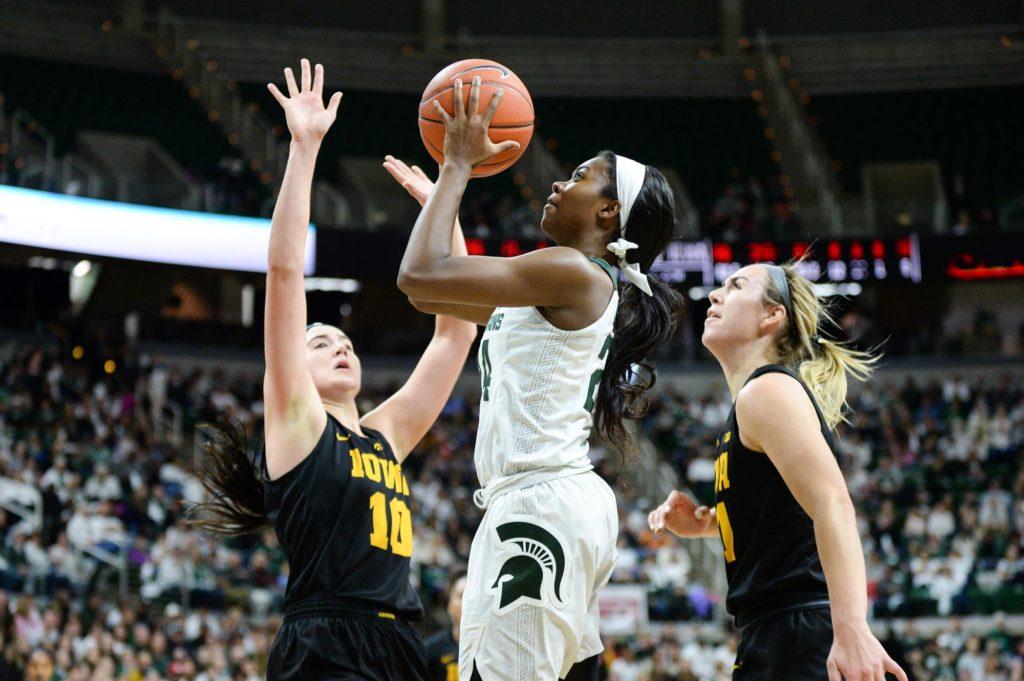 EAST LANSING — The Michigan State Spartans (9-7, 2-3) this Thursday will be taking on the Ohio State Buckeyes (10-6, 3-2) in a showdown at the Breslin Center in East Lansing.

The Spartans are coming off a much needed win at home against the Wisconsin Badgers where sophomore Nia Clouden scored 20 points.

The Spartans were able to control the Badgers’ leading scorer Imani Lewis, who came into East Lansing averaging 14 points and six rebounds per game. Lewis finished the game with 12 points starting at center.

On the other hand, the Buckeyes are coming off a 80-70 win vs Penn State. Ohio State has a great post player in sophmore Dorka Juhasz from Hungary. Juhasz is averaging 13.2 points and 7.9 rebounds per game.

“They are really good, very european pro-like style offense,” said Michigan State Coach Suzy Merchant. “They do a really good job of spacing the floor and their fours and fives are face-up and post-up guys so it makes it difficult to defend them.”

Tory Ozment has come alive for Michigan State as of late. From hitting crucial free throws late against Nebraska to providing eight points and two steals against Wisconsin, the Spartans will need Ozment to continue against the Buckeyes.

“Her length, her ability to do something and switch, she is a very skilled kid,” Merchant said of Ozment, who is averaging 5.5 points and has given the Spartans 88 points in 16 games. The sophomore from Buford, Georgia can give a spark off the bench with her 3-point shot and ability to defend.

If the Spartans want to beat the Buckeyes, they will have to rely on freshman Taiyier Parks and sophomore Kayla Belles for post defense. Players like Juhasz or freshman sharpshooter Kierstan Bell (No. 8 ranked in HoopGurlz recruiting) can take over the game. Bell leads Ohio State in 3-pointers made and has received Freshman of the Week in the last two weeks in the Big Ten. The freshman is avegering 12.3 points, three rebounds and two assists.

The last time these two teams played each other was Feb. 21, 2019. The Spartans lost 70-77 to the Buckeyes even with then-freshman Clouden scoring 23 points.

Michigan State is 7-0 at the Breslin Center this season and could give the home crowd something to cheer about.

Catch the Spartans take on the Ohio State Buckeyes on BTN+ at 6 p.m. EST.