We Play It For The Music | Jazz in Video Games 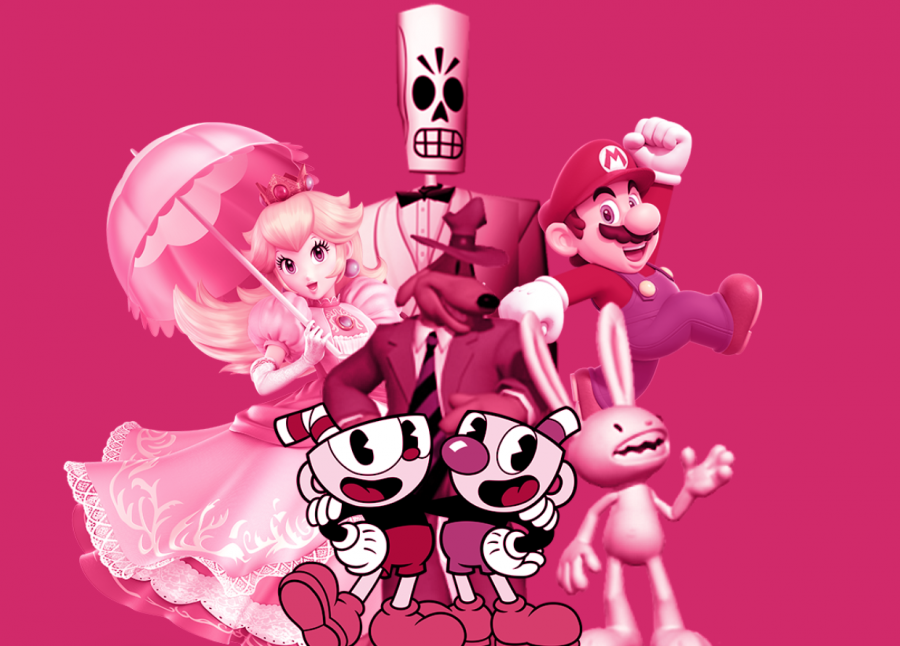 The swinging flam of a snare. The muted bellow of a trumpet. The musty coat of cigarette smoke inside of a bowling alley restroom in Vegas. The lick. All phrases associated with one of music’s greatest art forms: jazz.

Originating from 19th century African-American communities in New Orleans, jazz has evolved to become one of the most popular styles of musical expression. From ragtime and blues to gospel and rhythm to big-band-swing and soul, jazz benefits from its status as a highly interpretative cadence that can be informed by its national or local culture.

Jazz can be viewed as “America’s classical music” – not only because it was born here, but also due to its impact on our musical culture from a theoretical standpoint. To be proficient as a jazz musician requires extensive knowledge on chordal theory and key modulations (Google John Coltrane’s “Giant Steps”), as well as rigorous and constant practice on your instrument of choice. If jazz never existed, then the exciting chord changes and melodies we hear in popular music today would sound much, much different.

Moreover, jazz is defined by improvisation. It is inherently connected with artistic independence, to the point that free jazz negates the necessary constructs traditionally expected of music: meter, beat, and so on. It’s not about hitting the right notes. Even so, jazz does not lack structure; each piece flows to the impact of the artist’s message.

The sheer degree of subgenres within jazz implicitly means that it can be found in the unlikeliest of places. One of our favorite spots for jazz music? Video games.

That’s right, gamers. We’re talking about our top picks for jazz music in gaming. Let’s break it down.

When we think of jazz as a genre, usually it’s assumed that live instrumentation is a must. What if you could create a rippin’ chune (that’s “tune” but in a British accent) with MIDI instruments? This song has you covered – a classic example of music from the fighting game golden age.

It has it all: digital horns, a melody line that’s bound to get stuck in your head, and an absolutely ripping bassline. This alone makes it worth the ungodly amount of quarters this game would take from you in the arcade.

The music in Telltale Games’ Poker Night 2 is made up of new arrangements and recordings from the various franchises the poker players inhabit. That being said, a jazz cover of “Still Alive” from the Portal soundtrack in a poker video game is a strange concept  — even if Portal villain GLaDOS stars as the dealer.

Concept aside, this downtempo ballad thrives as a pensive source of comfort in a setting often attributed with anxiety. Specifically, it promotes an upscale aesthetic; its slow, triplet-based melody is barely swung, which provides a stark contrast against the upbeat raucousness of the other tracks.

There was a particular instance where I had a pair of aces as my hole cards. Three of my opponents folded before the flop was dealt, and only Army of Darkness’ Ash Williams and I remained. I was sure I was going to take the $20,000 pot; Ash’s go-to strategy was to blow smoke, so I interpreted his aggressive raises as bluffs. As the river was dealt, “Still Alive” introduced itself to me.

As that bass line danced down its arpeggio, my mind was transported away from the table. I was no longer playing poker or even playing poker against computer AI; I was flying on a magic carpet drinking a martini. Money was no object. Greed was an illusion. My only thought was how beautiful the piano flourished in tandem with the heartbeat of the brushed snare. It was riveting.

Oh, except that I lost the hand; Ash had a flush that sunk my pocket aces. Part of me wants to say the music was worth infinitely more than the virtual $20,000 I lost that night, but… I mean, we’re talking $20,000.

Before Miles Davis’ Kind Of Blue almost single-handedly invented modal jazz, there was bebop. Bebop as a subgenre is characterized through smaller ensembles, fast tempos, and musical virtuosity.

This piece is more than just a song from a video game, it’s a solid piece of bebop. Clocking in at only one minute and eight seconds, this song serves as a brilliant bite-sized introduction to bebop as a subgenre. Just don’t try to play the sheet music without stretching. Trust me.

Cuphead, the run-and-gun platformer where two Disney-esque cups fight Satan, has one of the most prolific gaming soundtracks of the last few years, having just topped the Jazz Albums Billboard chart. As such, nearly the entire soundtrack is worthy of this list. But we believe the track selected, “The King’s Court,” focuses on what Cuphead is really about: pain, suffering, and misery behind a facade of sunshine and lollipops.

The aggressive big band drive of Kristoffer Maddigan’s “The King’s Court” functions not only as the boss theme of antagonist King Dice, but also as one of Cuphead’s recurring melodies. Speaking of recurring, I’ve received hundreds of ass kickings from Cuphead since its release in fall 2017 – many of them from King Dice himself.

His boss fight is unique in that it has multiple sub-bosses that must be defeated before facing King Dice’s final assault. If you lose anywhere in the process, you must start again from the beginning. It’s needless to say that I started over frequently, and as a result have heard this track several times. However, “The King’s Court” benefits from its energetic and multifaceted delivery in that no matter how many times you hear it, it never gets old. Cuphead’s soundtrack makes you feel like a winner, even if you’re really a loser.

Everyone and their grandparents know about the Super Mario franchise, and if there’s a single track out there that matches the vibe of “video game jazz song,” it’s this one. With a full, live big band and one of the catchiest melodies you’ll ever hear, this tune is an immediate pick-me-up.

It’s impossible to have any sort of negative emotion with this playing, so it’s no wonder the big red man – also known by his Christian name, Mario – is constantly jumping for joy. Mario soundtracks have always used swing and big band sounds to great effect, and with the second coming of the ‘20s around the corner, it’s never been a better time to look back at this explosive subgenre of jJazz.

The third season of the Sam & Max series is markedly different from its predecessors.  The Devil’s Playhouse melds the series’ trademarks of off-color humor and outlandish scenarios with an overarching narrative heavily inspired by Rod Sterling’s The Twilight Zone and David Lynch’s Twin Peaks. For example, the season features a monochromatic and omnipotent narrator, a talking alien brain in a jar, the baby of Amelia Earhart, a man with the elder god Cthulhu protruding from his chest, and a misanthropic space gorilla named General Skun-ka’pe. As such, the jazz of Sam & Max features a bevy of styles: avant-garde, bebop, ragtime, and, most notably, big band.

The game’s score is as diverse as each of the narrative’s markedly separate scenarios, and is an absolute joy to listen to. Emerson-Johnson’s “General Skun-ka’pe” – which is comprised of the eponymous character’s theme and the series’ title theme – is a promise for a quality adventure with a pair of delusional detectives constantly in over their heads.

Jazz is a powerful channel of music that can manifest differently across genres, generations and games. It’s shaped our gaming experiences for the better and we’re happy to call ourselves jazz fans.

As such, if you know anyone who makes blanket statements such as “I hate jazz” or “jazz is the worst,” show them these titles. It may broaden their perspectives and show that jazz is more prevalent than they think. If they listen to these tracks and they still hate jazz, consider that they may not have a soul and should be pitied immensely.

In the meantime, for all things music, keep it here at Impact 89FM.