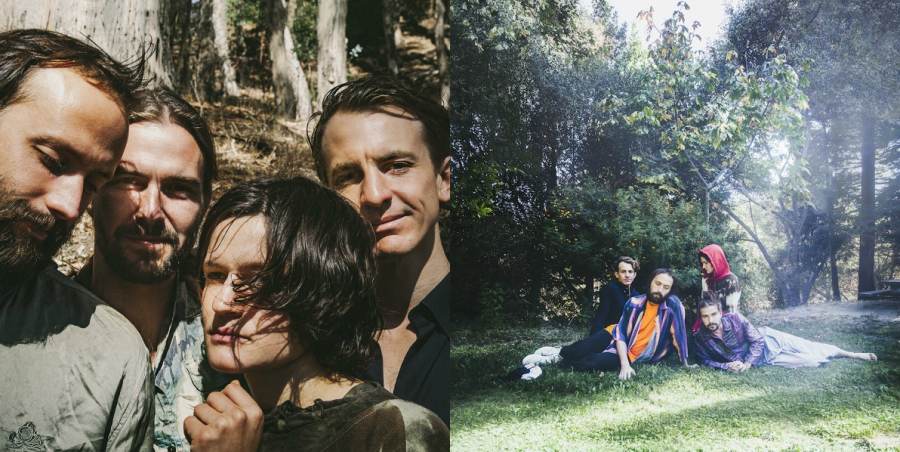 The silence that follows a Big Thief song is deafening; it’s a gravely serious yet warm swath of sentiment. It makes for a wholly distinctive sound.

Big Thief has crafted a unique blend of indie rock and folk since lead singer-songwriter Adrianne Lenker and guitarist Buck Meek met on her first day in New York City in 2015. Big Thief forged a raw and passionate sound with their 2016 debut Masterpiece, and they followed it up in 2017 with a powerfully dynamic array of emotion on Capacity. Following Capacity, the band took a small break for Lenker and Meek to release their own solo albums. They returned in 2019 with two spectacular albums that explored completely new sounds and updated old ones.

This Brooklyn-based four piece has had a banner year in 2019, releasing two critically acclaimed albums and evolving their sound to fit both the festival and the campfire. U.F.O.F., the first of these two projects released in May, is focused on finding solace in the face of the unknown. U.F.O.F. was followed up in October with Two Hands, the self-proclaimed “earth-twin” to U.F.O.F.’s “celestial twin,” comprised of many previously unfinished songs that Big Thief now had the production capability and time to flesh out. 2019 witnessed the band finding a balance of their trademark intensity with the grand scope of their imagination to hit a creative gold mine that most bands go their whole careers trying to tap into.

U.F.O.F., or “Unidentified Flying Object Friend,” seeks to unearth the curiosities, wonderings and emotions people bury deep into their thoughts, asking the listener to lay them bare. It ruminates on conceptions of the “other” and how breaking down the walls that alienate people can yield an newfound understanding of one’s self in relation to the surrounding world. Big Thief compliments these themes with spine tingling arrangements complete with fluttering guitar arpeggios and subtle-yet-pointed drumming throughout. It works to create an underlying friction that keeps you on edge for the entirety of the album’s runtime.

Long-time producer and friend Andrew Sarlo channels this restrained friction into moments of intense release, unforgettably on tracks like the opener “Contact.”  This track drops you into the dreamy foreground of U.F.O.F. and almost lulls you to sleep. It bends the outer space scope of the album into focus, referencing a scene from the 1997 sci-fi movie “Contact,” before launching into a series of guttural screams in the last minute of the song, followed by a guitar solo akin to an alien abduction.

The 12 songs that make up the project balance differing concepts of the peculiar, oftentimes blending them together. “Cattails” details the passing of time and the transience of life amongst the landscape of the Great Lakes region and the family heritage of Adrienne Lenker. It’s also a perfect example of the chemistry the band has. Detailed in the Song Exploder podcast episode on “Cattails,” drummer James Krivchenia describes how the song came together from a jam session over breakfast. with no knowledge of what the other members were going to play, the band spontaneously weaved together a song while one of the producers unsuspectingly put a mic in the kitchen to record it. Lenker calls the moment they recorded it “a gust of wind.”

The album continues to blur the borders of the regular and irregular on the aptly-titled song “Strange.” Here, Lenker threads the psychedelic relationship of the luna moth and fruit bat into a narrative of perspectives on the cycle of life and death. Almost like an X-Files episode, the track “Jenni” follows the narrator being swept into a portal in her bedroom with some of the wildest reverb-heavy sounds I’ve ever heard.  It serves as the crux of the album, and its visceral one-note guitar solo sucks up all the pressure the album built, untethering the listener in an effort to make peace with the unknown. In order to get the unhinged guitar tone that ended up on “Jenni,” the band “hung [a] guitar from the rafters of a barn, from this 30-foot ceiling on a rope” and started ‘punching it around, kicking it, strumming it,’” according to Meek in this Ringer Interview. Anecdotes like these showcase how truly untamed this album is.

Closing the album, “Magic Dealer” harnesses the released energy of “Jenni” and acts as a lullaby for the mystery of life. Oh, and of course it ends with what sounds like a UFO landing. “Magic Dealer” caps off Big Thief’s most complete project yet – one that will not be soon forgotten.

Big Thief could’ve rested on the laurels of the praise of their pinnacle work, but apparently that’s not how they operate. Less than a week after finishing U.F.O.F., Big Thief picked up and moved from Washington to west Texas to record Two Hands, the more grounded and freer successor to U.F.O.F. These differing settings, like every aspect of Big Thief’s carefully crafted vision, mirror the content of the albums and situate their songs right in the heart of the listener. Two Hands sees Big Thief exchange out-of-body experiences and matters of the supernatural for the raw tenderness of human interaction. Largely, it’s made up of previously unfinished songs that constrict the focus to the immediately intimate.

This closeness and liveliness the album provides is literal, too. Big Thief actually set up their instruments as close together as possible during recording.  Lenker’s incredibly evocative portraits of individuals that she developed with songs like 2016’s “Paul” and practically all of Capacity develop into a fury of primitive passion surrounding tracks like “Rock and Sing” and “Shoulders.”

Two Hands seeks to address some of the colossal questions U.F.O.F. raises. No point is this more apparent than on the titular track “Two Hands,” with lines like, “and the more we try, to figure through the answers, to repeat ourselves, to deny, deny.” This characterization of a doomed relationship reveals many people’s tendency to believe they can find the answers to life’s mysteries or their greatest worries within a significant other. It’s an example of U.F.O.F.’s call to make peace with uncertainty. Not doing so prevents you from seeing the upside to things like a breakup and the lessons that can be learned from caring for someone.

Two Hands lives in in the world that U.F.O.F. marvels at. You can feel the dry and dusty air that it traverses through as opposed to the quiet and picturesque majesty of U.F.O.F. The tempered and shrill wonder of Lenker’s vocals on U.F.O.F. contrast with the gripping maturity and comfort of Two Hands. Although some of the characters on Two Hands have been faced with tragedies and suffering, they still revel in the experience of being alive and seek wonder wherever it can be found. On one of the best songs of the year, “Not,” Big Thief translates this gratitude for life into an absolute volcano of emotion. It explodes with a fiery guitar solo that validates the intense struggle facing those who strive to be curious and tender in an increasingly apathetic world.

In 2019, Big Thief literally brought us to the moon and back with their two releases. They pondered humans and aliens, life and afterlife, space and soil, luna moths and wolves, curiosity itself, and brought us all closer together in the process. These two albums are twin peaks atop the mythic mountain range that is Big Thief’s discography and will prove to be quite the cultural artifacts if we ever do make contact with the third kind.