We Play It For The Music | Norwood Suite 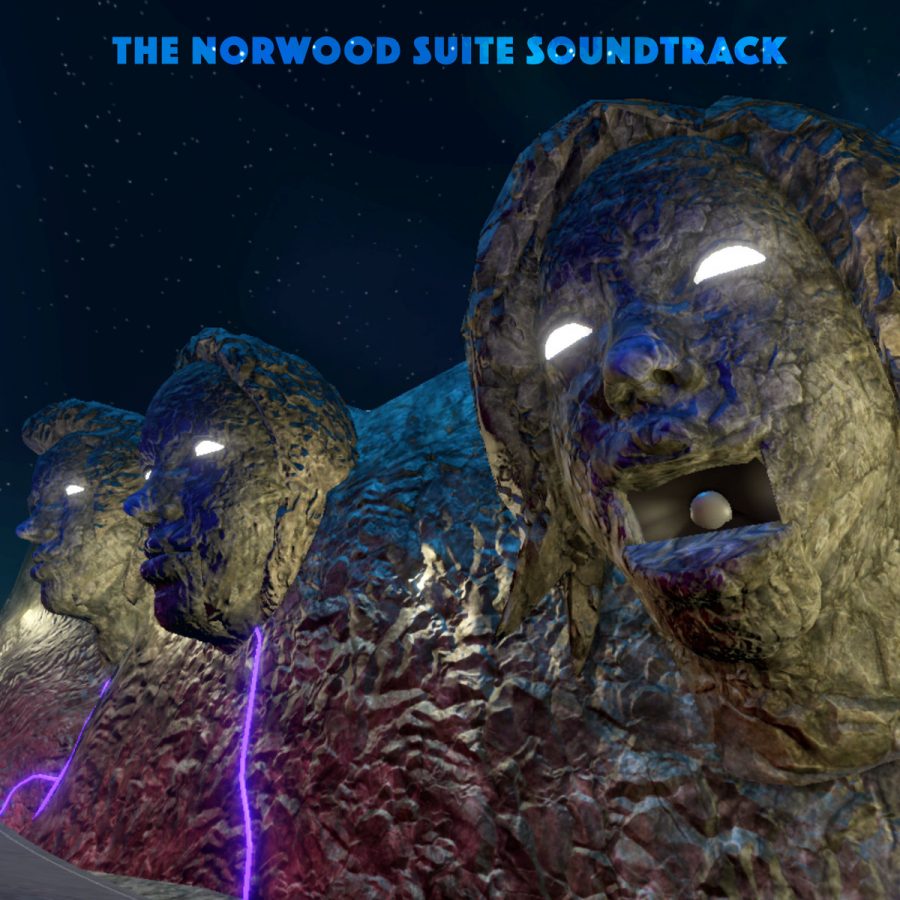 Chances are you haven’t played The Norwood Suite, and that’s okay — it’s not regarded as a super popular or well-known game. The game starts you out on a road leading up to the famous Hotel Norwood, a fictional hotel popular with the non-player characters present throughout the game. Your main goal is to interact with the hotel’s guests as you attempt to sneak into the party happening below the hotel.

The game is a mystical, surreal ride from start to finish. You’ll often find yourself in environments that are unnatural and dreamlike whether you’re inside or outside Hotel Norwood. From the auroras that stretch across the midnight sky to the vibrant colors and other-worldly structure of the hotel itself, it becomes clear the more you play this game that it isn’t like many others.

But what really seals the deal of The Norwood Suite’s excellence is not the game’s design, but the music that goes with it. Typically in video games, the songs and music are designed to help you focus on the task at hand without being a distraction. If you took your favorite pop or rock song and replaced it with an ambient piece of music or song somewhere within the game, chances are your immersion during that part would dwindle, if not shatter.

Furthermore, some music found throughout video games can have more or less sounds in it, whether that means the song is more complex than others by containing lyrics or even simpler by barely being a murmur you hear as you play. In my opinion, The Norwood Suite original soundtrack (OST) is a mixture of these two levels. It’s not so simple that you may only notice it when you think back to the game, but while some of the songs could be considered to have vocals due to what sounds like a woman humming, the songs aren’t likely to distract you from the environment and people around you.

The music is mostly electronic-based but has a plentiful amount of bass and kicks throughout most of the tracks. All the tracks carry a similar attitude to each other, yet they’re different and unique from one another at the same time. This makes sense, as the songs should fit the theme of the game, but different atmospheres and environments should express different feelings and attitudes through the music accompanying it.

There are a few examples of tracks with different emotions, one of which being “Norwood’s Last Disciple,” which is a slow-paced, sad tune that plays in a room where a sickly elderly man rests on a bed. My personal favorite, “Blue Moose Man,” is an upbeat, fast-paced song playing in a room where a one-man party is happening. “Heads” is a mysterious and curious track that plays as you travel up a road that leads closer and closer to the titular hotel. “The Final Look” is notably creepier than the rest, and for good reason, but you’ll have to find out why for yourself.

The previous release from Cosmo D, the game’s developer, Off-Peak, has a soundtrack similar to that of The Norwood Suite, but unique in its own way. The songs from that track also all seem to share a theme or idea with each other. If you ask me, “Mortified by Faith” can be described as the song that sets the main mood of Off-Peak. This track plays as you first enter the train station within the game, which, in my opinion, acts as the body to the game.

The Norwood Suite and Off-Peak’s developer Greg Heffernan, better known by his developer name Cosmo D, is a cellist and a member of the music group “Archie Pelago.” His games Saturn V, Off-Peak, and The Norwood Suite are based on his experiences of locations around where he lives in New York City. Heffernan created the tracks for all his games, which adds sense to the concept mentioned earlier that all the soundtrack songs in any of his games share similar tunes or attitudes with each other since they all came from the same mind.

The Norwood Suite is an enjoyable and unusual game, but half of what makes the game so distinctive and enjoyable is the OST. The tracks are a unique blend of electronic compositions that adjust to whatever environment you’re in. The Norwood Suite soundtrack is a prime example to show what expert creation can be composed by one man is who is clearly passionate about the work he creates and is a soundtrack that’s hard to stop listening to once you get hooked.