Spartans sit at 3-0 after a nailbiter against Notre Dame 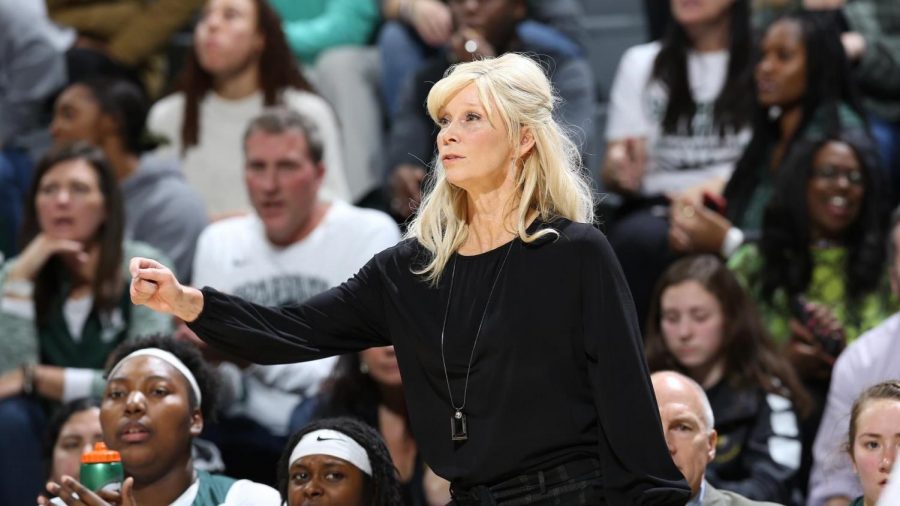 EAST LANSING — After a thrilling road victory against then No. 15-ranked Notre Dame, the No. 16  Michigan State Spartans will be welcoming the visiting Oakland Grizzlies to the Breslin this Tuesday at 7 p.m..

MSU will be looking to improve to 4-0 on the season as they take on the 2-1 Grizzlies.

Nia Clouden had a sensational game on Thursday, with 28 points and four three pointers.

Her and the rest of the Spartan contingent will get some much needed relief this week when Shay Colley suits up later this week. With several difficult contests coming up on the horizon, it is imperative for MSU that Colley regains some rhythm with her teammates.

The Spartans struggled at times against Notre Dame to find an offensive rhythm,as they were whistled for 27 personal fouls throughout the course of the game.

Oakland comes into this contest sporting a 2-1 record after falling to Bradley 74-58 in the season opening game The Grizzlies have rattled off two consecutive wins over Concordia University and Chicago.

Oakland struggled mightily last season, en route to a 6-24 record and will be looking to mount a huge road upset behind the backcourt duo of Taylor Jones, who averaged 15 points and 6.8 rebounds per game for the Grizzlies last season, as well as Kahlaijah Dean, who averaged 11 points a game last season.

Despite a rough season, the Grizzlies return their top three scorers from a season ago.

As such, the Spartans will need to play with the same enthusiasm and grit that they did against Notre Dame to ensure against a possible letdown.

After a memorable victory against Notre Dame to remain undefeated, the Spartans will have two winnable games this week before heading out to the Bahamas to face off against LSU and the winner of Memphis and Kansas State.

Oakland will serve as an opportunity for the Spartans to work on playing mistake-free basketball on both ends of the floor. If MSU is able to do this, they will head to the Bahamas with a perfect 5-0 mark.