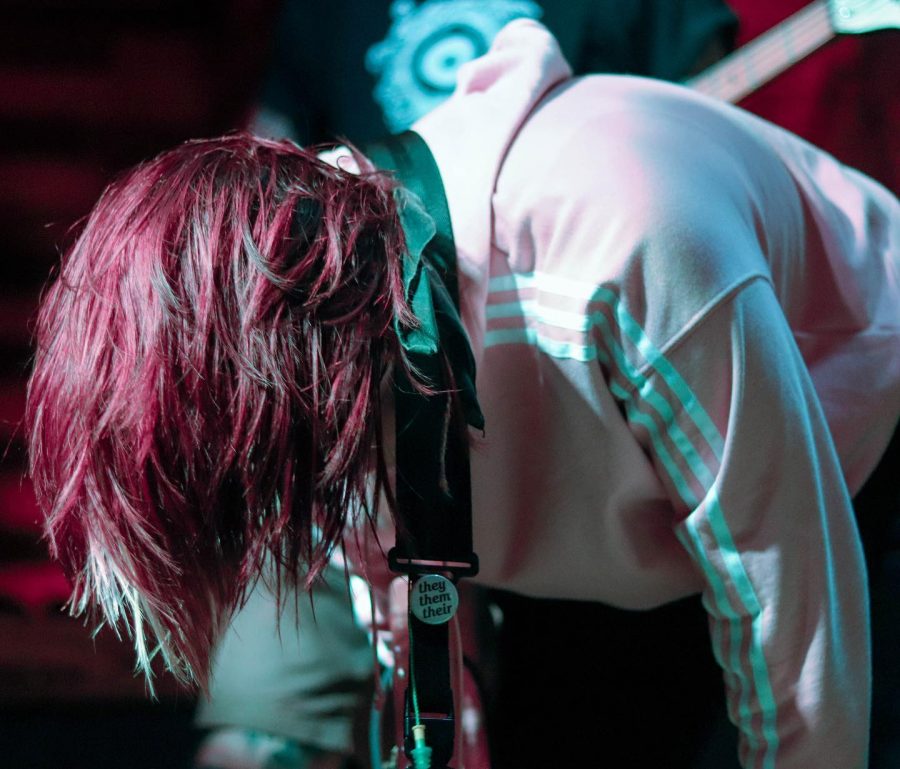 With Hit Like a Girl finishing the last shows of their tour in early November, “It’s Not Me” came as a pleasant surprise to fans of the New Jersey solo project.

If you’re not familiar with their work, you may have heard band runner Nicolle Maroulis elsewhere. Maroulis has served as the keyboard player in Kississippi’s live band and operates the charity No More Dysphoria. When producing music as Hit Like a Girl, Maroulis brings a level of intimacy to their music that is a rare find from most musicians.

Their previous release “No More Dysphoria” discussed Maroulis’ experience with gender dysphoria, and the challenges they face as someone who identifies as non-binary. Along with their past work which focused on the hardships found in love, relationships and breakups, Hit Like a Girl’s music always comes across as very genuine and personal, especially on their newest release.

In a recent interview with hit Flood Magazine, Maroulis explained the origin of “It’s Not Me.”

“Everyone’s got that ‘big ex,” they said, “the ex that had the biggest impact on you, the one that maybe you thought was ‘the one,’ the person you thought you might even marry someday.”

It’s hard to miss the personal connection that inspired the song, and that’s part of what makes it so compelling. When going through a big breakup there are a lot of questions that you ask yourself, and many of them have hard answers. Maroulis perfectly captures this with the line, “What will it take to make you happy? / It’s not me, is it?” By capturing all of the what-ifs and self reflection that come with a big breakup, Maroulis steps away from the typical breakup song formula to create something more special.

Alongside the emotional lyrics, the instrumentation creates a beautiful atmosphere for the track. The opening bass line sets the tone for the song smoothly, fading into the background as the keys and guitar take center stage. Paired with the minimalistic drum beats, the song takes on a hazy pulsating rhythm that calls to mind the feeling of reminiscing on old memories. When the pace picks up during the chorus, the pulsing beat persists, making it hard to resist nodding along as Maroulis sings some of the most heartbreaking lyrics in this track. Even the song’s gradual fade at the end holds as all the instrumentals swirl to a close, alongside echoed callbacks to the song’s titular lyric “it’s not me.”

With Maroulis rejoining Kississippi for their December tour, it’s hard to say whether there will be any more releases from Hit Like a Girl in the near future. With that being said, fans certainly have plenty of reason to be excited for the project’s future. The tracks that were released in the past month and a half have proven to be some of Hit Like a Girl’s most potent work yet, currently holding the #2 and #3 spots on the bands popular list on Spotify. If these two songs are any indication of what may be to come, then the next album may be Maroulis’s best album yet.