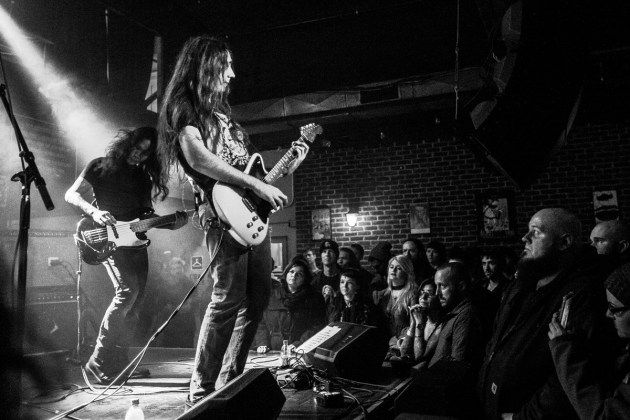 Listed as the pioneers of the atmospheric black metal and blackgaze genres by publications such as Stereogum and Invisible Oranges, Alcest has laid the foundation for other well known bands such as Deafheaven. While 2016’s Kodama marked Alcest’s return to their blackgaze roots, Spiritual Instinct embraces the bands melodic side. Through this approach the album explores all aspects of the human experience, and the struggle between the primal and spiritual aspects of who we are.

Of all the songs on this album, Neige said that “L’Île des Morts” took the longest to compose and it undoubtedly shows. Neige even chose to place this song at the heart of the album citing its “dense and rich” quality. “L’île des Morts” creates a powerful atmosphere, using heavy guitar and a variety of vocal stylings to plunge the listener into the vision of the underworld that Neige sought to replicate. By utilizing both a soft and echoey style and his own signature black metal screams, Neige conveys two very different feelings that both fit into the song perfectly. The former sets the stage and tells the story of the underworld, while the latter expresses the struggle to escape from death. Paired with Neige’s other offerings on guitar, keyboard and bass, and the work of Alcest’s drummer Winterhalter the song proves successful in its ambition to take the listener on a spiritual journey through the valley of death.

While “L’Île des Morts” may be the most complex track on Spiritual Instinct, that hardly means the rest of the album should be ignored. Featuring other powerful songs such as “Les jardins des minuit” and “Le Miroir,” the whole album is reflective of the spiritual aspect that Neige used as the key theme. There are some moments of symphonic beauty that can make the listener question if this was truly made by a metal group, and others that illustrate Alcest’s reputation as metal pioneers. While Spiritual Instinct may not be a traditional metal album, it has a certain warmth and ethereal feeling to it that truly makes it worth the listen.