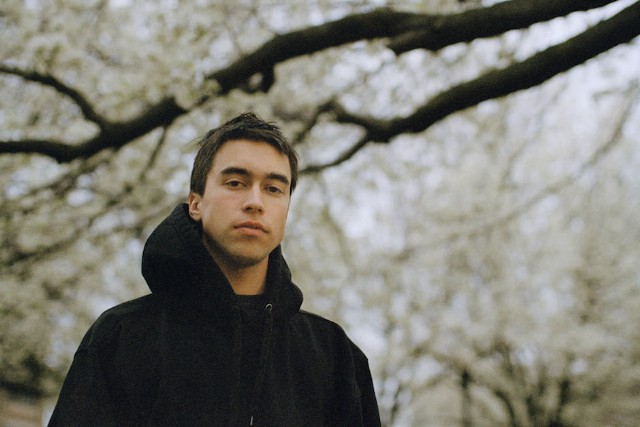 There’s something about Halloween that conjures up a deep longing for childhood. A longing for past Halloweens, for wearing your costume to school, for actually going trick-or-treating, for being scared of a plastic skeleton on someone’s porch instead of being scared about an increasingly uncertain future.

Honestly, the entire fall season has that same effect on me, and I know it does for a lot of other people, as well. But personally, this nostalgia and melancholy that bubbles up in the autumn is directly intertwined with the music that I always find myself listening to at this time of year. More specifically, I’m talking about one artist: (Sandy) Alex G.

(Sandy) Alex G has seen a huge jump in popularity recently, thanks in part to signing with Domino Records in 2015 and releasing three amazing albums since then. His most recent album, House of Sugar, dropped this September.

But some of the most beautifully lof-fi and nostalgia-inducing tracks that Alex G has ever recorded come from the vast back catalog of his earlier self-released and unreleased music. Fans on the internet have dug up, posted and compiled hundreds of officially unreleased Alex G tracks and demos from old blog posts, and even limited compilations he would give out at shows. The latter is where this song, “Track 10 (Halloween),” comes from. It was released on a compilation called C-Sides which, according to fan forums, was a limited run of 100 CDs Alex gave out on a 2015 tour.

Sonically, this song brings to mind childhood memories of autumn and Halloween, as most Alex G songs do. The track features softly strummed, double-tracked acoustic guitar chords and falsetto vocals and harmonies. I’m not sure that it’s ever been officially confirmed, but the harmonies sound like the voice of Emily Yacina, a friend and frequent collaborator of his. Lyrically, however, things are much more sinister. The lyrics delve into a Halloween where the narrator has already been distanced from their childhood, and seem to describe an emotionally abusive relationship:

“Baby waited for me on Halloween /

She said her mask would scare me, I don’t think it will /

I know everyone can tell I’m an empty shell /

But baby likes me better when I hurt myself.

“Baby called me in the morning /

She says she talks in her sleep, I don’t think she does /

Baby wraps me up in her blankie /

She said if I don’t wake up I’ll live forever in this dream.”

Like almost all of Alex G’s songs, the lyrics are quite vague and open to the interpretation of the listener. They offer only a vignette into the life of its characters, rather than the whole story. He never explicitly gives meaning to even his official released songs, so a hidden gem like this one is completely without context.

These lyrics obviously don’t line up with the happy childhood memories that I described earlier, but it’s in this juxtaposition of the wonders of childhood and the darker side of adolescence, that (Sandy) Alex G really hits an emotional sweet spot.