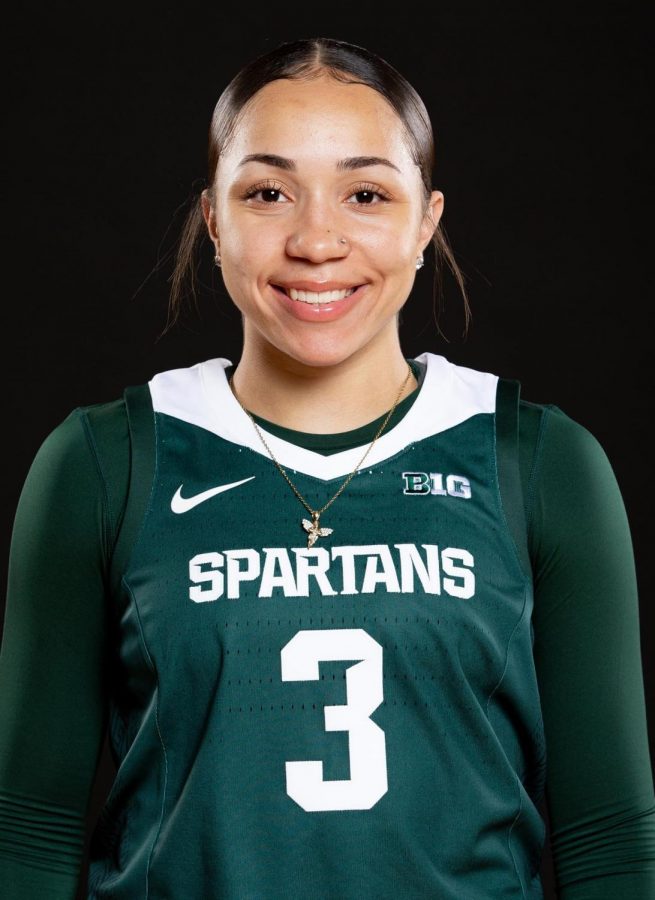 This is one of the deeper teams in Spartan women’s basketball history.

Having experience on your roster is important, but you could argue that having youth is just as important.

Freshman guard Alyza Winston is part of that youth movement, a four-star recruit out of Muskegon, Michigan.

The point guard is hoping to be a big part of what the Spartans can do this season.

“I really hope to contribute,” said Winston. “Pushing the ball and really emphasizing getting up the court as quickly as we can and getting more buckets in transition.”

As a senior at Muskegon High School, Winston averaged 24.7 points per game, 3.2 assists and 3.3 steals. Winston is a very fast player, and as head coach Suzy Merchant said about her while addressing the media and fans.

“She is one of the fastest players I’ve seen, but sometimes the ball needs to catch up to her,” said Merchant.

She hopes to continue the success she experienced at Muskegon and develop into an even better player during her time at Michigan State.

“I really hope to learn how to be a better point guard overall and really get to know the game and learn that from Taryn McCutcheon,” said Winston. “I’m trying to get better in practice everyday and be able to be a really good point guard at the college level. Even though I was good in high school, I want to be able to be a dominant point guard in college as well.”

With McCutcheon being a senior this season, Winston will try to learn all she can for next season, when her minutes will take a huge jump. After mentioning McCutcheon, Winston had only good things to say about the team’s senior point guard.

“She is definitely one of our biggest leaders on the team,” said Winston.“She always helps me out in practice. If I don’t know a play, she’ll be in my ear. She’s great.”

Winston will be a huge part of the next few years of Michigan State women’s basketball, and will also be looked upon this year to provide depth in the backcourt.

You can catch Winston and the Spartans in action Wednesday, Oct. 30 for an exhibition game against Ferris State at the Breslin Center.

They open their regular season Nov. 5 at home against Eastern Michigan.