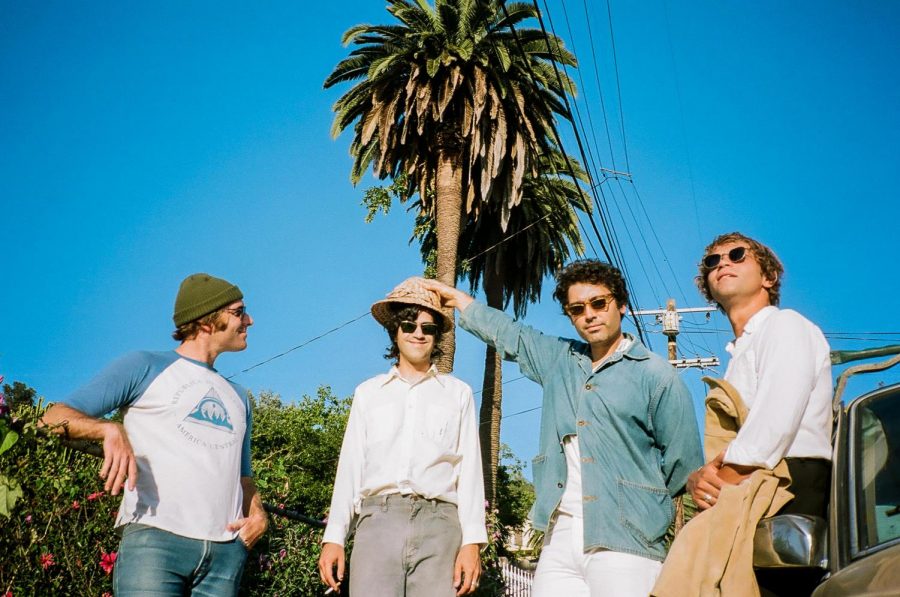 Though I should listen to it a few more times, “Star” is perhaps my favorite track from the whole record. There’s something about it, some unexplainable quality, that feels so brilliant and well-composed. Maybe it’s the resonant melodies, the slow pacing, the jubilant guitar solo. Maybe it’s the lyrics, which feel so deeply interpretive: “Shattered houses / Shattered dreams / Looking down at the stars on the street.” Most likely, it’s all of this in combination, all blended together to create this distant, atmospheric sensation.

To be fair, though, there were many ‘favorite’ tracks. “Holding Pattern” harkens back to the airy, psychedelic sounds of ‘60s beach rock; “In The Air” is delightfully noisy; “Houston” is meditative in its subtlety; “Royal Blues” is just hypnotically weird. But when looking at this record in its totality, you see a band firmly confident in its intentions and abilities. You see a group committed to creating a feeling, something so visceral it’s worthless to explain.

LAHS has received decent reviews from the music community at large. Allie Gregory from Explain called it “the perfect atmospheric soundtrack for a backyard party with boozy beverages and adult tokeables.” Jack Docherty from Clash Magazine gave it a 6/10, praising its “grown-up” quality but criticizing its lack of particularity. Ali Shimkus from Slug Magazine, who also liked “Star” the most, said LAHS is “over too soon, much like vacation.”

If there’s anything I myself have learned from writing about music, it’s to never listen to people who write about music. Your ‘review’ should ultimately boil down to a raw, gut feeling. How did it make you feel? Personally, LAHS made me feel good. I could best describe it to you as “car music,” which, for me, is the feeling of passively watching the world move around you – so peaceful, so natural, yet so distant.

LAHS will certainly make you feel some type of way, but don’t expect Allah-Las to explain it for you. At the end of the day, that’s how you want it.