Spartans get set to face off against mighty Maryland 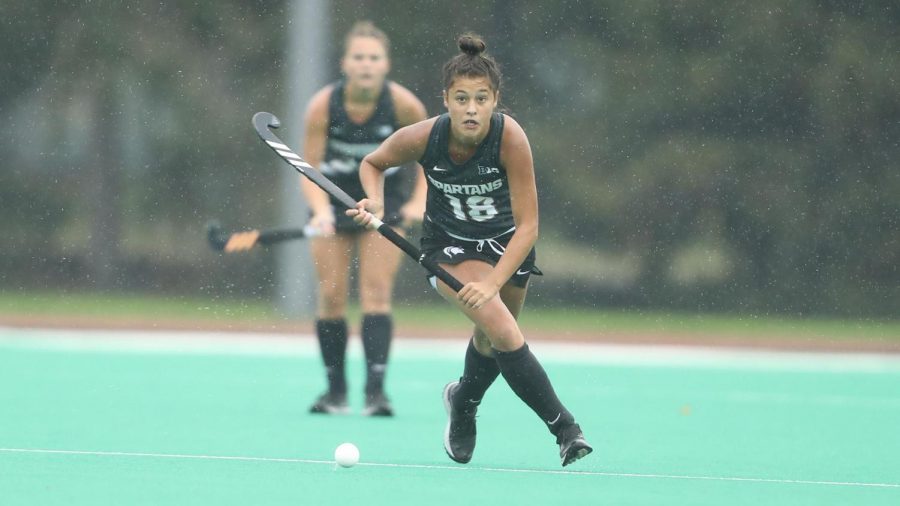 EAST LANSING — From Nov. 15 until Dec. 21 of 1864,  General William Tecumseh Sherman engaged in perhaps one of the most iconic military operations in United States History.

Using Scorched earth tactics, Sherman and his men would leave no prisoners on their march from Atlanta to the Port of Savannah.

Fast forward to 2019 and the Maryland Field Hockey team is taking that same scorched earth approach against their scheduled opponents, en route to a 14-2 overall season record and 6-1 conference record that includes five wins over ranked conference foes.

In layman’s terms, Maryland is William Sherman and MSU is the unsuspecting bystander.

MSU will be traveling to college park this Friday to try and mount the upset of the year against the No. 2-ranked Terrapins.

The success and overwhelming elite caliber of talent within the Big Ten is second to none.

After all, what other conference in any sport has two thirds of its participating members ranked? At the top of the cream of the proverbial crop sits Maryland, whose only two losses of the year have come against No. 4-ranked Duke and No. 7-ranked Michigan.

With the possible exception of UNC, no team this season has been more overwhelmingly impressive in all four stages of the game week after week than Maryland.

Things are not going nearly as well for Michigan State.

Signs of improvement have manifested themselves over the past several contests, however if MSU has any chance of vanquishing Maryland, we will need to see something that has not been yet on display.

After all, this is a team who has a tendency to yield large amounts of corner chances at inopportune times.

Combined with the fact that Maryland has registered 123 corner chances this season, while only yielding 50, and it is easy to see how this area of concern for the Green and White could be exploited early and often by the Terps.

Madison Maguire and Linda Cobano each have been responsible for nine Maryland goals apiece. Maguire has accumulated 27 points on the season to lead the Terps in total points. For reference, Aisha Osinga, the Spartans leading point getter has accumulated 14 points. In fact, if Osinga was on Maryland right now, her 14 points would only be good for fifth on the  team.

How’s that for perspective? Maryland is good.

As previously mentioned, Michigan State has looked the part of a solid Big Ten club each of the last three games.

After yielding 15 corners and receiving none against Michigan three weeks ago, MSU was significantly better in that department against ranked Wake Forest and Rutgers, as well as Penn State.

After all, Penn State and Wake Forest only ended up finishing with one more corner opportunity at the end of their contests than MSU registered.

While not where MSU would like to be, it certainly is a far cry from the team who was thoroughly embarrassed by Iowa, Northwestern and Michigan.

It also bears noting that State will be playing host to Central Michigan this upcoming Sunday, at 2 p.m. Who is an abysmal 2-13 on the season and winless in Mid-American Conference play.

All eyes however will be front and center this Friday at an underdog team with the chance to do something in a hostile environment that they will remember for the rest of their lives.