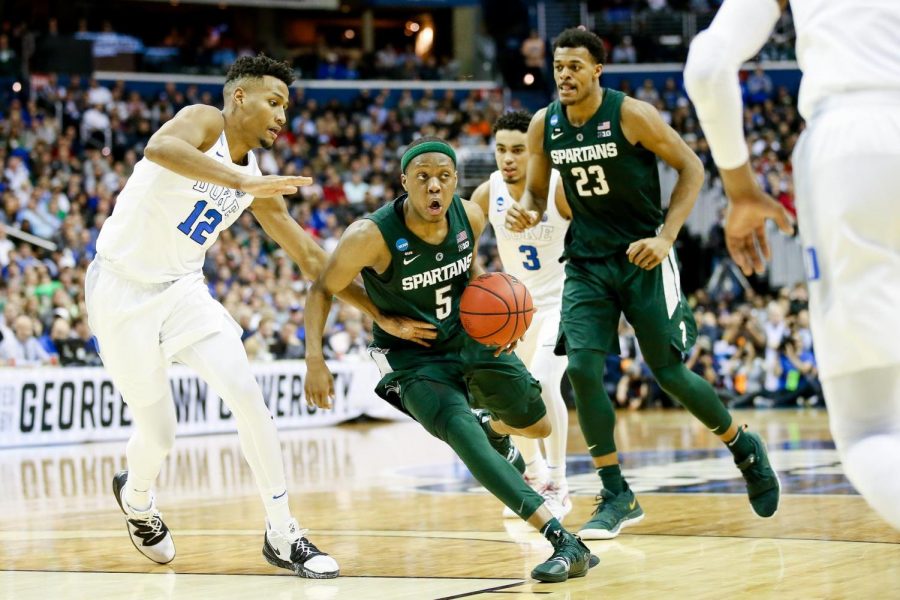 Just days after MSU was announced as the No. 1 ranked team in the AP Preseason poll, it came as no surprise that Tom Izzo’s star point guard made the preseason All-American team. Winston didn’t just make the team, however.

He was the only player who received all 65 votes to make the list.

The senior point guard scored 18.8 points per game last year and led the Big Ten in assists per game after averaging 7.5 per contest. He has been a staple in MSU’s success over the past two years, and he’s not slowing down now. Many analysts and scouts are already regarding Winston as the best player in college basketball.

Winston is no stranger to success on the Breslin Center floor. With three final four appearances and a state title back in high school, his success quickly translated to the Breslin Center floor as a Spartan. Winston ended last season as Big Ten Player of the Year, Naismith and Wooden Award finalist and second team AP All-American, Winston certainly knows what it takes to win.

After Winston and Michigan State’s success last year, no one would have blamed the Detroit native for skipping town and trying to play for a paycheck professionally.

However, hungry to get over the hump after last season’s Final Four loss against Texas Tech, Winston decided to return to East Lansing for one more shot at a national title.

As the news of Josh Langford’s untimely injury hit social media Tuesday, Winston must now carry an even larger load for MSU. It is unclear how Langford’s injury will affect the dynamic in Michigan State’s backcourt, but Cassius Winston will certainly have to continue his strong play from last year.