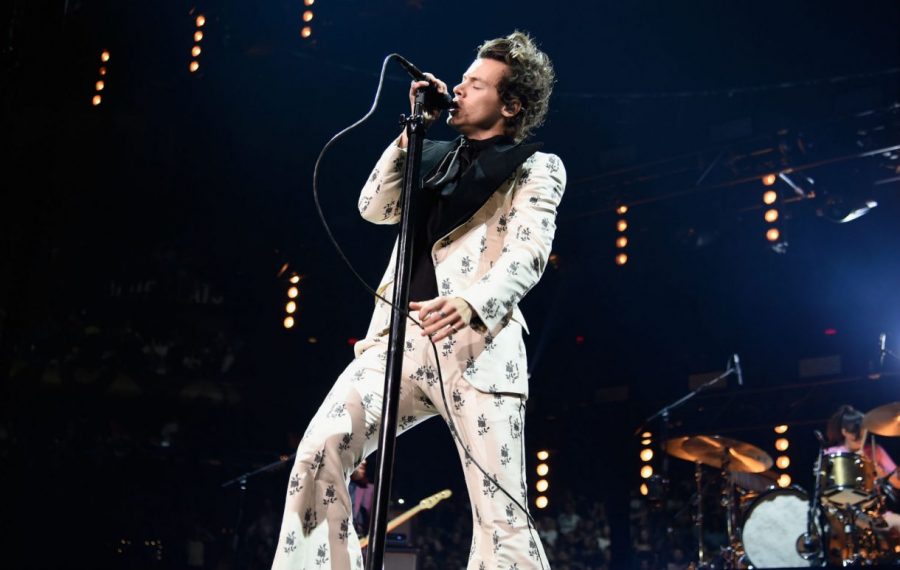 Harry Styles is widely recognized for being the most popular member of the boyband One Direction. They took the world by storm in the early 2010s with their heartthrob looks and teen pop sound. However, Styles has traded in his skinny jeans and songs about fuzzy feelings for glam rock clothes and a neo-psychedelic sound. Styles released his self-titled debut album in 2017 and received platinum honors for it earlier this year.

Following the album’s release, Styles made his acting debut in “Dunkirk” in July 2017. The film, directed by Christopher Nolan, was Oscar nominated and topped the US box office in its first weekend, making it one of the top grossing films of the summer. Going platinum closed out an amazing year for Styles, as the first British artist with a number one debut single, album, and film in the same year.

Now, Styles is back with his newest single in over two years. “Lights Up” was released on Oct. 11, along with the music video and already has over 35 million streams on Spotify and is ranked #1 on the iTunes charts.

The psychedelic feel to this song is no accident; while recording for his upcoming album, Styles admits he experimented with hallucinogenic drugs. “We’d do mushrooms, lie down on the grass, and listen to Paul McCartney’s ‘Ram’ in the sunshine,” Styles said.

The video follows the former boyband member freely cruising on the back of a motorcycle. A mix of guitar, synth and drums accompanies Styles’ airy vocals throughout the track as visuals of a strange party scene are shown. Some are left wondering if this is Styles’ way of indicating a deeper message about his self-image.

Many fans have been speculating about Styles’ sexuality after the song and video were released, as he is seen dancing with both men and women. There is a considerable amount of mystery surrounding this rumor since Styles isn’t open about his personal life. Lyrics such as “Lights up and they know who you are / I’m not ever going back” allude to Styles embracing his true self and are what have numerous fans questioning.

Styles hasn’t confirmed any of the rumors, however, in a recent interview he stated, “I want to make people feel comfortable being whatever they want to be.”

“Maybe at a show you can have a moment of knowing that you’re not alone,” Styles said. “I’m aware that as a white male, I can’t claim that I know what it’s like, because I don’t. So I’m not trying to say, ‘I understand what it’s like,’ I’m just trying to make people feel included and seen.”

While it may be hard to tell, Styles is pushing an overtly positive message. This song is about finding a new sense of freedom and being yourself regardless of other’s opinions. As the track ends we are left with the echoes of the impending question, “Do you know who you are?” encouraging all of us to embrace our own identity.