Anthem For Broken-Hearted Stoners | “Highest in the Room” – Travis Scott 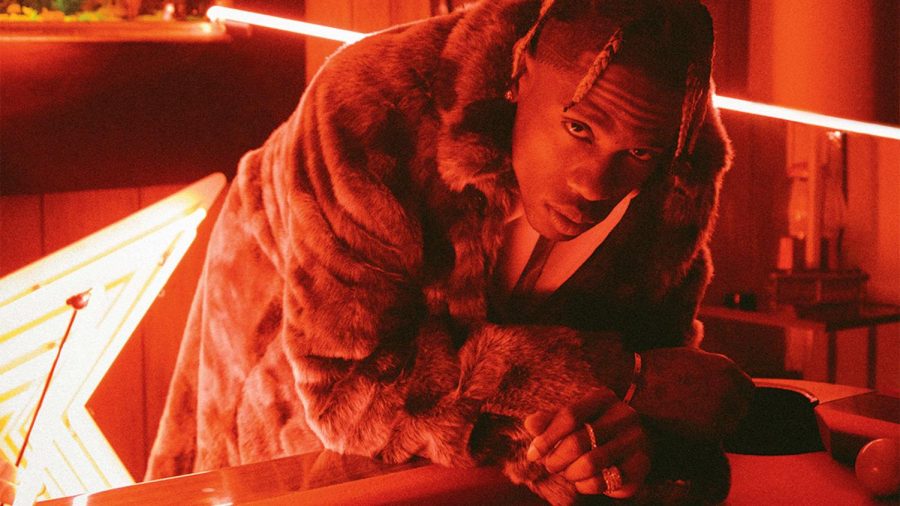 With his unique psychedelic trap sound, Travis Scott invites listeners to take a glimpse inside his relationship with his now ex-girlfriend Kylie Jenner and more on his new track “Highest in the Room.”

The second song by Travis Scott to top the Billboard Hot 100 chart at #1, “Highest in the Room” showcases a melancholic Travis who suppresses the bitter reality of life with drugs. The song has been teased by Travis and Jenner as early as April 22 when it was featured on an advertisement for Jenner’s Kybrows cosmetic product. The song was later teased by Travis on tour in late June during a performance of his in Morocco. On Sep. 30, the song was finally slated with a release date of Oct. 4 through an Instagram post by Travis. The release of “Highest in the Room” was accompanied with a music video that perfectly embodies the dark tone of the lyrics.

The opening lyrics of the song, sung by Travis in a dismal tone, insinuates the use of marijuana as a means to stay in a constant state of euphoria in order to suppress the harshness of life’s problems. “I got room in my fumes / She fill my mind up with ideas / I’m the highest in the room / Hope I make it outta here.” The first verse is where listeners are shown the secrets of Travis and Kylie’s relationship and a possible reason for their breakup. “I’m doin’ a show, I’ll be back soon / That ain’t what she wanna hear.” Travis switches the style from his monotone singing during the opening bars and livens up the track with an inflection of pain in his voice.

The second verse appears to depict what thoughts Travis may have about his celebrity status. “Ah, this my life, I did not choose.” Though similar lyrics have appeared on previous songs such as “Butterfly Effect,”  “For this life, I cannot change.”

The music video, directed by Dave Meyers and Travis Scott himself, opens to a colorless dystopian world with Travis, doing what he needs to do in order to remain the “highest in the room.” The video then goes on what would probably be considered one of the most terrible, then greatest, then most terrible again acid trips in history. As usual when dealing with Travis Scott music videos, which is a good thing. The imagery still manages to perfectly match with the dreariness of the beat, produced by OZ, Nik D and Mike Dean.

Travis Scott does have new music on the way as confirmed when “Rager’s Universe,”  a 15-song compilation of unreleased tracks, leaked on Spotify and Apple Music last weekend. The album was only available for 24 hours before it was taken down. For now, Travis Scott fans will have to be satisfied with “Highest in the Room,” which is a great appetizer for more music. Or there are always the leaks on YouTube. Just saying.