Cam Chambers enters name into transfer portal, fifth Spartan to do so this season 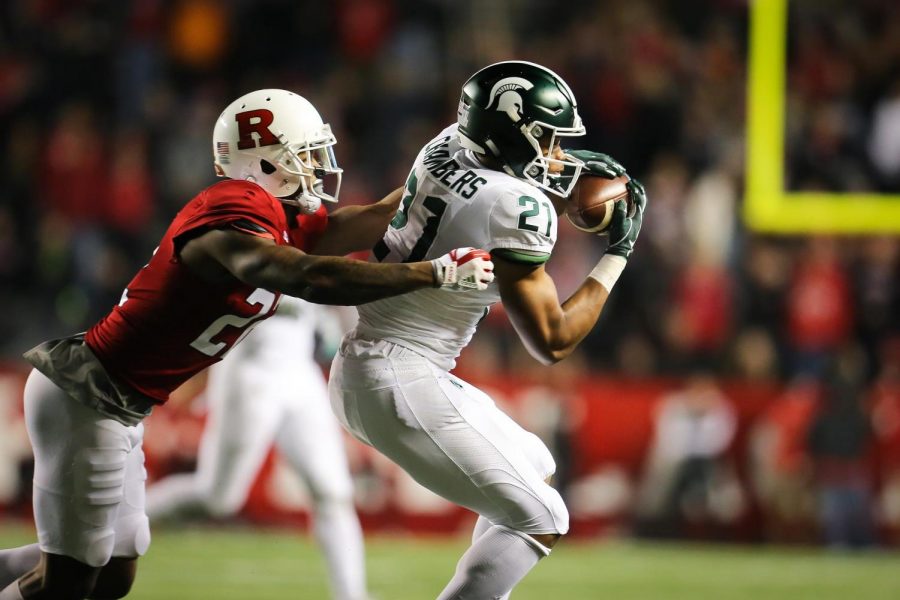 The news was first reported by Rainer Sabin of the Detroit Free Press on Twitter.

Reports have been confirmed by an MSU spokesperson.

The 2016 recruiting class for MSU now only has eight of the 20 players remaining with the Spartan football program.

A four-star recruit out of Timber Ridge Regional High School in Sicklerville, New Jersey, Chambers made 19 catches for 264 yards last year but has only played in two games so far this season.

Chambers played in 26 games as a Spartan.

He is the fifth Spartan to enter the transfer portal since late September, following Weston Bridges, La’Darius Jefferson, Brandon Bouyer-Randle and Connor Heyward.

As Chambers is transferring as a grad transfer, he will be eligible to play immediately wherever he decides to attend school next.