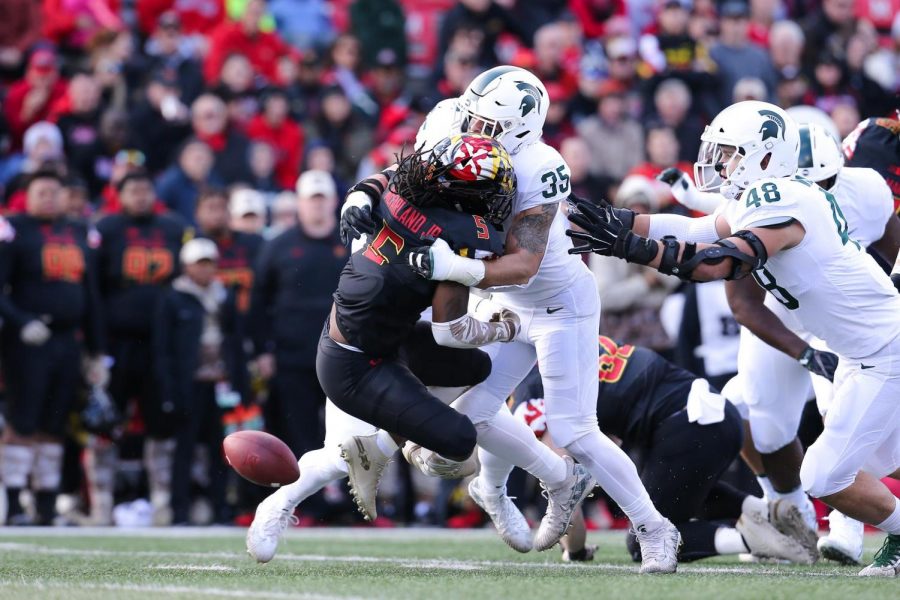 EAST LANSING — The Associated Press midseason All-American teams were released on Tuesday, and with a host of Big Ten football players littering the first and second team rosters, one familiar face was among them.

Michigan State senior linebacker Joe Bachie was awarded a spot on the second team of the midseason All-American roster.

Bachie has started at middle linebacker for the Spartans since taking over the spot in 2017 and has 65 total tackles, 8.5 tackles for loss, 3.5 sacks and one interception to go with four pass break-ups this season.

The senior earned Big Ten Defensive Player of the Week honors earlier this season after the Spartans dominant win over Northwestern – a game in which he totaled 14 total tackles, two of them for loss, a sack and an interception that he returned 19 yards.

Bachie leads MSU in total tackles, is tied for the team lead in pass deflections and is second in tackles for loss.

Michigan State is heading into its bye week and is coming off a 38-0 loss on the road to Wisconsin.

Bachie had eight total tackles in the game and one for a loss.
Other Big Ten players also named
Among the other Big Ten stars, several were also named to the midseason All-American team as well.

It comes as no surprise that both Johnathan Taylor and J.K. Dobbins took the top running back spots on both the first and second team. The two combined for a total of 276 offensive yards against the Spartans in both games to go along with three rushing touchdowns.