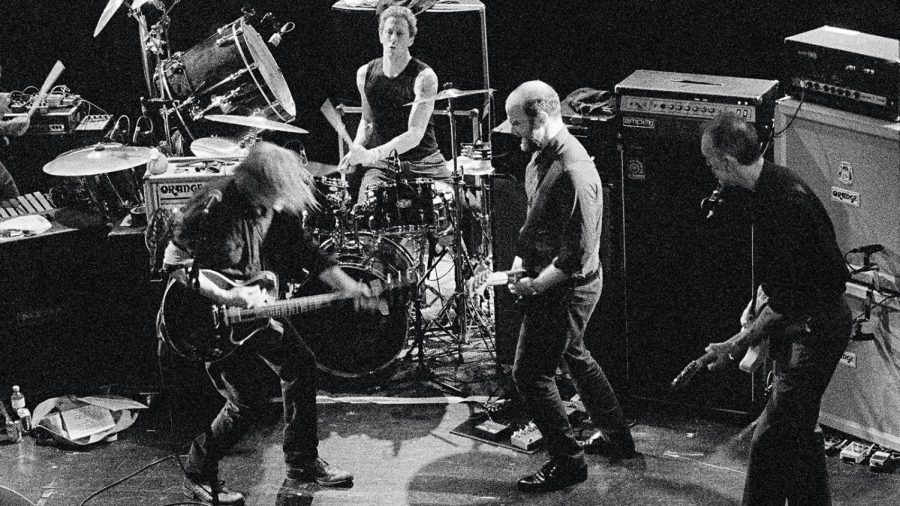 In one of the latest songs from off the forthcoming Swans record “It’s Coming, It’s Real”, Gira proves that in the time since the bands infamous dissolution nearly four years ago, he retains the masterful authorship of his contemporaries.

Michael Gira, the frontman of Swans, is no stranger to songs that can otherwise be the length of an album for more conventional artists. A figurehead in the early independent scene of no wave, industrial, gothic and post-rock, the 65-year-old juggernaut is well known for his organically lush, yet minimalist epics of texture. However, rather than the 30-minute epics he repeatedly made on records such as The Glowing Man, The Seer and To Be Kind, he has condemned these visceral symphonies into a mere 10 minutes.

His sinister roars of demented confidence shout, “I am the hanging man!” as they echo along the nocturnal sonic backdrop of a guitar behind. In his demented and shrill howl, he proclaims himself as your reaper. “These stars reveal the lie / Hold the glowing sphere / There is no there or here,” Gira dehumanizes the subject with a godless dogma of bleak eternity. He is spitting in your face, and controlling the scales of life and death before your eyes. The gothic vaudeville of a contemptible and manic baseline wonderfully contrast the sparse yet sharp tamber of the snares and drumming. Gira’s emotive and powerful singing convince you of his tonal intent. It’s as if this mindset gives him a grotesque schadenfreude in tortuous imagery.

The archaic chorus of deacon-esque taunting triggers Gira’s executioner’s hood to be unmasked.“I am not!” he rhetorically screams, as if to almost accuse you in its tone. The brisk feedback and pitched chords disturbingly act as a counterpoint to Gira’s droning voice and the deep march of the bass and drums in unison.

Yet, in the same bout of terrifying insanity, as unanimously as he convinces you that “He is not,” with the same mirrored conviction he recants this statement – almost as a sick taunt of mercy to remind yourself of your own futility in the wake of deaths call.

In the final moments of the song, Gira mocks the subject. “Who is the watcher who’s watching this thought / Whose thought is a thought that is not what he thought / NOT! SHOT! KNOT!”

Almost to remind you that “there is no god,” and that your salvation is just a figment of a hopeful providence, he releases his doctrine to you – that you are a fool for thinking you could escape him in the first place. You are not being saved, your god has been shot, and your demise is the last thing you hear, “KNOT!”

Gira’s musicianship summons both a terrifying soundscape, and one of the most impressively transformative post-rock songs that have been released within the past few years. Sure to impress you with its tone, transcendence and composition, Gira proves that the sonic exploration of man has yet to reach its darkest and most hauntingly captivating depths.