Dean Lockwood, a Bay City, Michigan native returned to his home state after 20 years at Tennessee 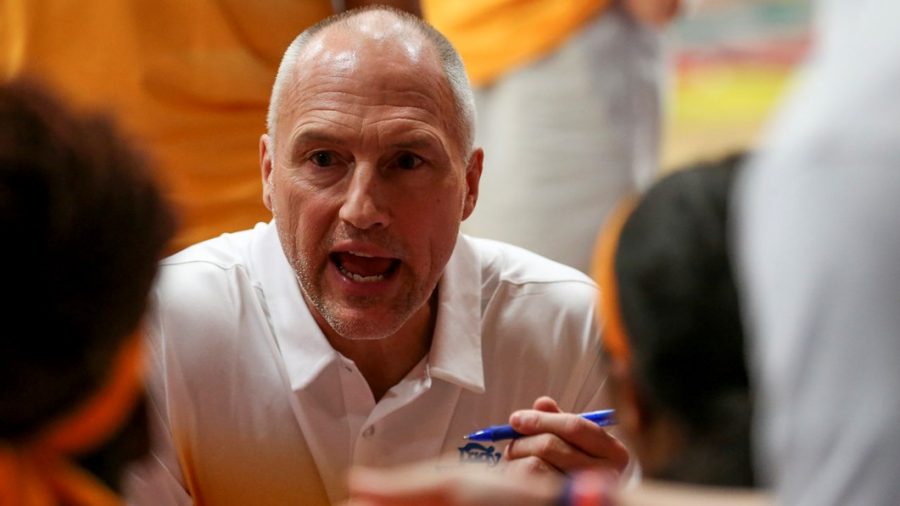 EAST LANSING, Mich. — As the weather changes from the warm, sunny days of late summer to the crisp and chill air of Fall, we are that much closer to hoops season.

However, the weather is not the only thing changing around East Lansing, as the women’s basketball team has made a few changes to their coaching staff, bringing in two new assistant coaches.

One of them is Dean Lockwood, who spent the previous 15 seasons as an assistant coach for the University of Tennessee women’s basketball team. Lockwood spent 20 years in total at Tennessee between the men’s and women’s programs.

After getting a chance to hear Lockwood speak in front of the media after their first practice Monday, you could sense his energy and enthusiasm for coaching and Michigan State women’s basketball.

After being asked what compelled him to choose MSU, coach Lockwood responded, “I’ve always been a Michigan person, growing up in Bay City I’ve always loved Michigan State.”

“So this has been a lot of fun for me and the transition has been great,” said Lockwood.

He also went on to talk about his relationship with head coach Suzy Merchant, and he had nothing but praise for her.

“I’ve known Suzy for a number of years, since she was an assistant at Oakland University,” said Lockwood. “And that was her first college job. I’ve known her since then and have a lot of respect for her and how she operates.”

Coach Lockwood is even known to sometimes run and workout with his team, and that definitely is still true to this day.

When asked about his involvement with his players, Lockwood responded, chuckling, “Yeah, there’s a rumor to that effect.”

“I’ve got to be careful now because Father Time reminds me that I’m not quite what I was a few years ago, so I have to temper that. But yes, those moments do get the better of me and I love to be on the court. If you aren’t sweating with your players, then you aren’t working, so I love to do that.”

You can catch coach Lockwood and the women’s basketball team in action for the first time on Wednesday, Oct. 30, as they take on Ferris State in an exhibition game.

The team opens up regular season play with Eastern Michigan on Nov. 5 at home, that game can be found on the Big Ten Network.

You can follow Bobby Zeffero on twitter, @Dusty_Bobby and email him with story ideas and tips  at [email protected]