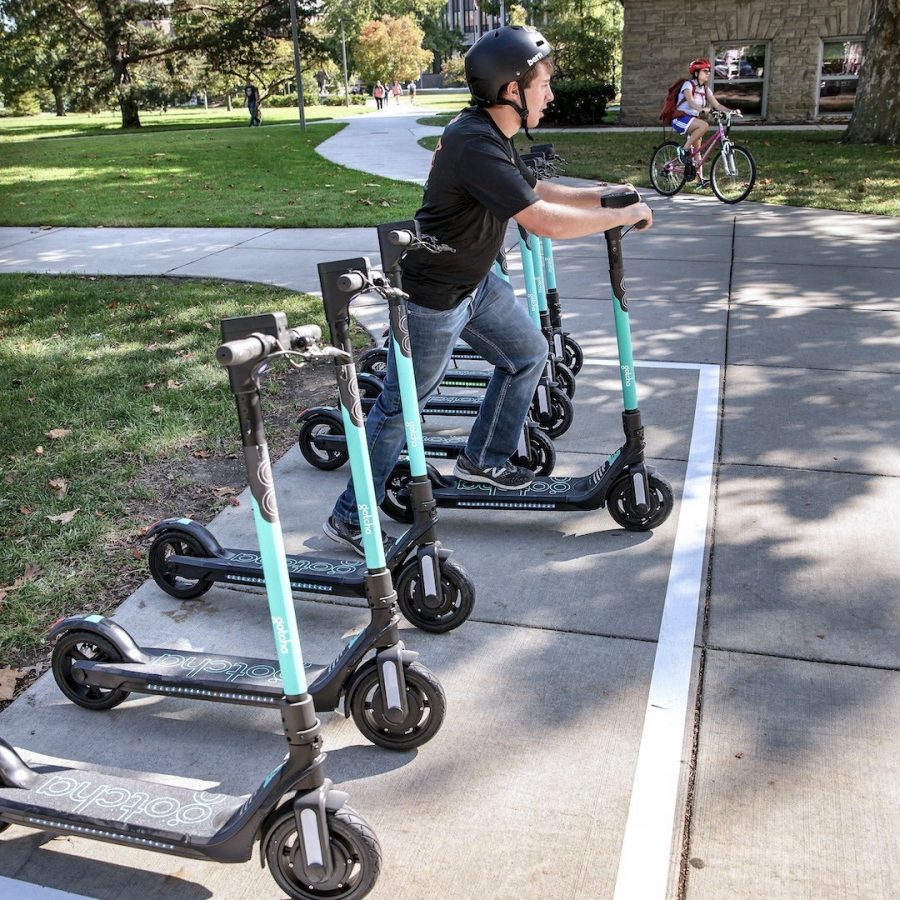 After Michigan State University chose Gotcha as its sole provider of electric scooters on  campus this year, the release of those scooters has been a source of confusion.

The original launch date was vaguely set for around the start of classes, and on Sept. 16, Gotcha teased on its Facebook page that the scooters would launch later that week. Yet, the scooters are nowhere to be found.

Sean Flood, founder and CEO of the sustainable transit company, said the scooters should be available on campus within the next few days. The release was delayed due to the extra week it took to install the mobility hubs, which are specified locations on the sidewalks where the scooters must be docked.

“We partnered with the university on that install to make sure (the hubs) were all in the right place,” he said. “And, last I heard, the scooters and everything are ready to go. But I know the last delay was to just make sure we have all those mobility hubs installed. I know they’re eager to get people on scooters running around campus.”

Choosing not to dock a scooter in a designated hub will result in a fee. This fee was put in place with hopes that people will follow the new rules, and the scooters will be able to remain on campus this year, Flood said.

“My genuine hope is that students, and riders, give it a chance,” he said. “And that they understand that it’s a different company, and just because the rules are different doesn’t make it a bad thing. I think that if everybody can follow those rules, and help us grow the system, then there really is a trust, and a system that could be here for years and years to come.”

The 300 scooters expected to roll onto campus will cost $1 to unlock, and 15 cents for every minute of ride time.

Flood said he hopes the initial launch at MSU goes smoothly, as there is potential to bring other Gotcha products such as electric bikes, and trikes, to campus and the surrounding community in the near future.