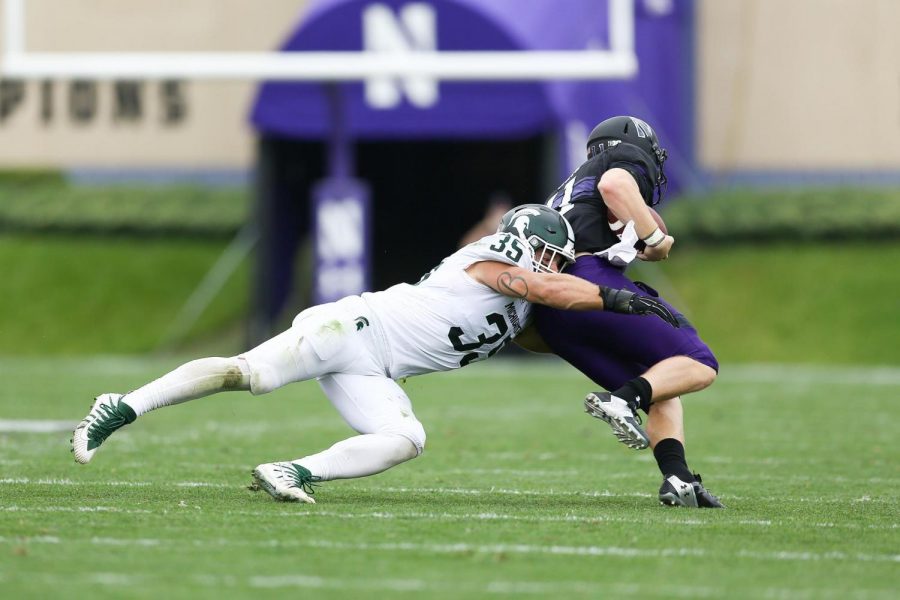 The Spartans moved to 3-1 with the win and defeated Northwestern for the first time since 2013, which coincidentally also was at Northwestern. The Wildcats are now 2-1 on the year.

The 14 total tackles (13 solo, one assist), is a career high for the Ohio native, who also had a double-digit tackling game for the 11th time in his career.

A three-star recruit coming out of Brooks Park, Ohio, the senior led the team in total tackles last year with 102 total tackles and again leads the team this season with 39 total, good for second in the Big Ten conference. He also is tied for the team lead with four pass break-ups so far this season.

Bachie last earned the honor on Nov. 5, 2018 in a 24-3 Spartan victory over Maryland when the team captain forced three fumbles and had seven tackles. Bachie’s interception on Saturday was also the fifth of his career.