Dantonio ahead of Northwestern: “We will regroup” 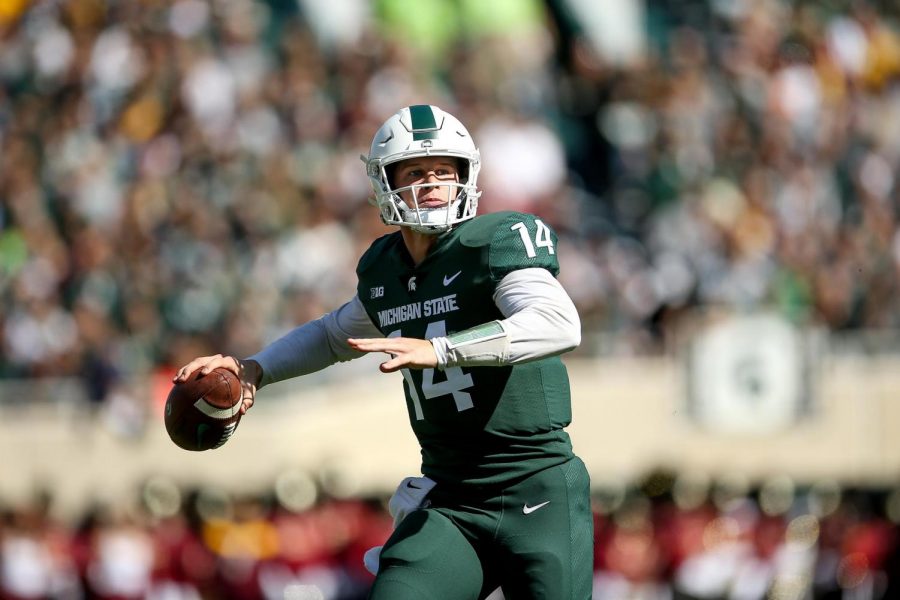 EAST LANSING, Michigan – On the heels of a disappointing 10-7 loss to Arizona State, Michigan State now travels to Evanston, Illinois to take on Northwestern. The Spartans have lost their last three meetings with the Wildcats, two of which have come at Spartan Stadium, and a win to start Big Ten play would mean a lot to Michigan State and head coach Mark Dantonio.

“They are the defending [Big Ten] West champions,” Dantonio said, “So this will be a challenge for us.”

Pat Fitzgerald is in his 14th year as head coach of the Wildcats, who opened the season with an away loss against Stanford before defeating UNLV in their home opener. The offense has struggled this season under new quarterback Hunter Johnson, as their 325.5 yards per game ranks 112th in college football.

Northwestern’s strength is found on their defense’s front seven in linebacker Paddy Fisher and defensive end Joe Gaziano. For a floundering offense like Michigan State’s, running the ball will be difficult for the Spartans against two players many predict will play in the NFL.

Michigan State’s most recent victory against Northwestern came in 2013, when a No. 13 Spartan team traveled to Evanston en route to a 30-6 win. For Dantonio, the location of the game still almost feels like a home game.

“Chicago is a great Michigan State hub, there’s a lot of Spartan fans there,” Dantonio said. “Traditionally, every time we’ve gone up there, it’s been that whole side has been packed with Michigan State fans and I would expect the same type of thing.”

The injury to Kevin Jarvis against Arizona State was another blow to Michigan State’s offensive line, especially at left tackle. With Cole Chewins, AJ Arcuri and now Jarvis all sidelined at that position, Tyler Higby will start against Northwestern with freshman Devontae Dobbs is listed as the backup on the depth chart.

The loss to Arizona State, disheartening for both Michigan State fans and the team, pointed out a lot of issues the team has dealt with for the past couple seasons. Failure to convert in the red zone and a lack of blocking for the run, however, were overshadowed by the coaching staff’s recklessly impulsive decision-making, namely the one as the game wound down and the Spartans kicked a field goal with 12 men on the field.

Kickoff for Michigan State and Northwestern is set for Saturday at 12:06 p.m. EST and opens Big Ten conference play for both teams.