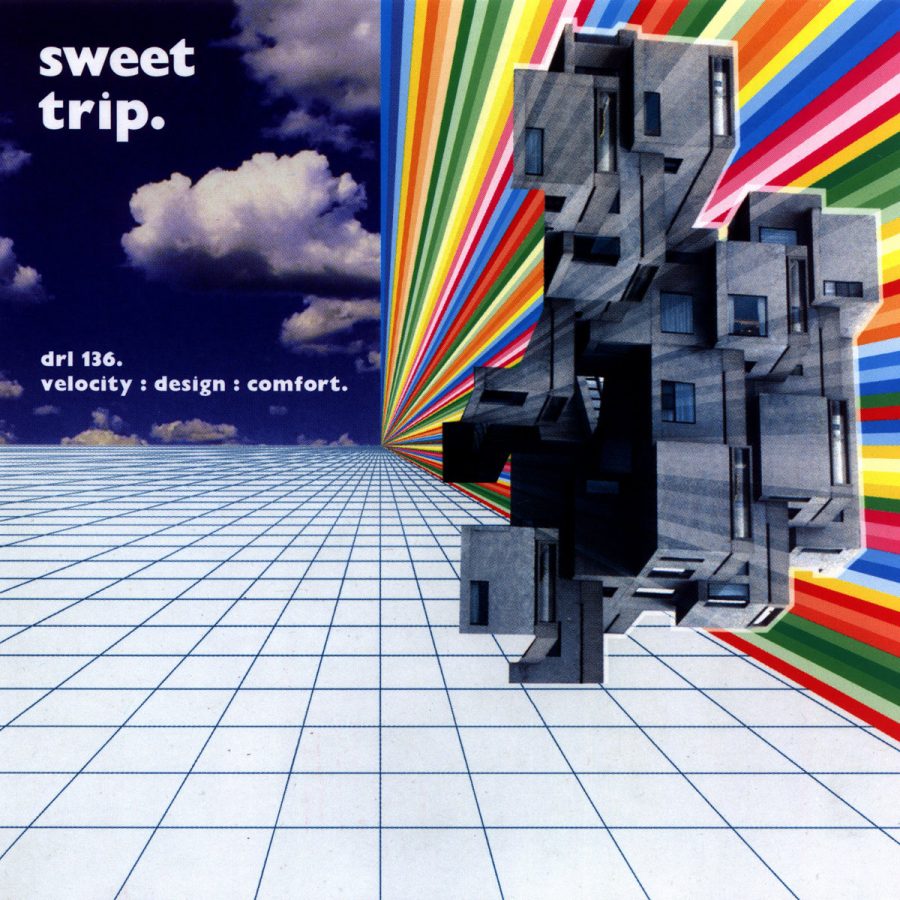 Living in a tech-savvy yet analog-obsessed world, musicians have learned to balance computer and instrument. This is the norm of modern music-making. However, that gap was not always so easily filled. In the ‘90s and early ‘00s, this was done by a number of more avant-garde artists from all over the world like Cornelius (Japan) and Stereolab (England/France). However, with a small project started in San Francisco by Roberto Burgos, we found a beautiful transition from experimental to so-called “indie” rock. “Chocolate Matter” is a stand-out track from the band Sweet Trip’s 2003 album, velocity:design:comfort..

“Chocolate Matter” is a breakup song at its core, with simple lyrics reading:

“You say/ Run away/ Instead/ You get scared/ For the way that I feel/ Drops an end to all this disorder// Summer/ Winter, Spring/ Fall and/ Wine to sip/ Only days that I need/ A kick in the ass and love from the others/ (like me).”

The poetry is describing the mushy time that comes after the end of a relationship. With time and “comfort” (coincidence that the track is listed in the last third of the album?), the mush begins to blend into something sweeter and more tangible. This “chocolate matter” is densely filled with everything from wailing guitars to twinkling chimes to buzzing synths. The sections are juxtaposed between light and heavy and the transitions abrupt, just like life post-breakup. Relatable, right? However, what is so interesting about this song is that it is an indie radio-pleasing single in a sea of experimental sound waves.

Sweet Trip’s previous albums and EPs, like their 1999 Alura, were far more ambient and computer-centric – rewarding to listen to yet hard to consume, and lacking a strong live performance connection. velocity:design:comfort. combined Burgos’ mechanistic music with more live instruments and vocals. These variances created a complex sound that is hard to replicate, especially because it stems from the different cultural backgrounds and individual strengths of the band’s members. But these influences do not just melt together like the previously-mentioned “chocolate matter,” but rather twinkle individually, dancing along with each other and sharing the space. Like a mosaic, these pieces come together when you take a step back, filling your ears with ooey-gooey, semi-sweet bliss.