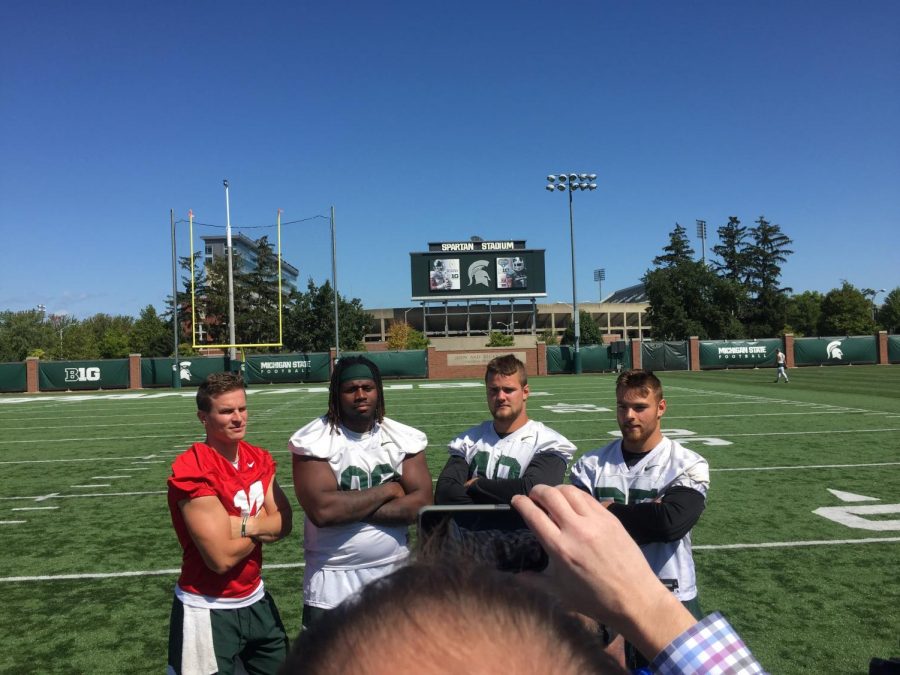 EAST LANSING, Mich – As fall camp wrapped up for Michigan State, the team also announced its football captains for this year’s team.

Of the four, two are repeat captains from last year’s team, Lewerke and Bachie both served as team captains in 2018.

This is the first time since 2009 the team has named four captains for a season.

Although, it’s unsurprising, as both Lewerke and Bachie returned as captains for another season, it’s also the first time that there has been a repeat captain at Michigan State since Shilique Calhoun was named a captain in 2014 and 2015.

Bachie is a preseason first-team AP All-American and is coming off a strong season, while the fifth-year senior Lewerke is coming off an injury-hampered year in which he had touchdown to interception ratio of 8-11.

The Spartans open up their season at home, on Friday, Aug. 30 against Tulsa.