Delaney step's down as commissioner of the Big Ten and more. 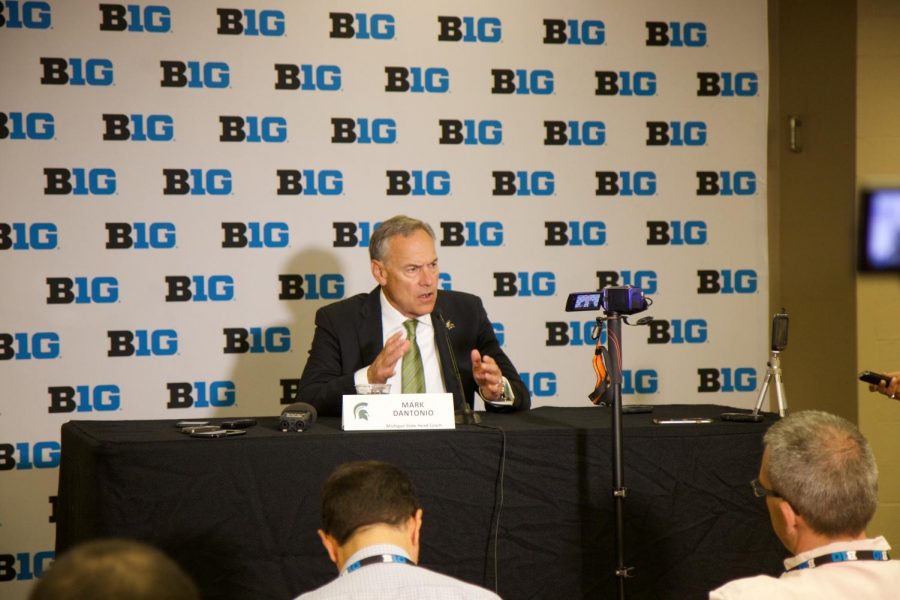 CHICAGO – The 2019 Big Ten Media Days got off to a big start as current commissioner Jim Delany addressed the media for the 31st and final time as the curtain closed on his 30-year reign as the leader of the Big Ten conference.

“Recently, on June 4, 2019, our Council of Presidents identified our sixth Big Ten commissioner, Kevin Warren,” said Delany, who was the fifth commissioner in the conference’s history. “Kevin is a smart, experienced executive, lots of NFL and legal experience. He’s also a former student-athlete.”

Warren, was the Minnesota Vikings Chief Operating Officer prior to this past June, when NFL Network’s Ian Rapaport announced Warren would be named the sixth Big Ten commissioner in league history.

The news culminates what was a three-decade long tenure for Delany, which saw the landscape of not just the Big Ten but all college sports change dramatically. With the most important being the ousting of the BCS format for college football and the implementation of the College Football Playoff.

“Yeah, you know, things have changed a lot in 30 years. It would be hard for me to characterize where it was,” said Delany during his address on Thursday. “The world was so different. There was no playoff. We had 10 members. We had one bowl relationship. We had 16 of our 66 games on television.”

A far cry from where he started.

STARS OF THE SHOW
The annual media bonanza was riddled with big news, rule changes, media darlings and more.

Some coaches – and players – stood out above the rest it seemed.

Head coaches Scott Frost, Jim Harbaugh and P.J. Fleck with his motivational speaker-esque aura; athlete attendees Raequan Williams, Adrian Martinez and others were the stars of the show.

“I appreciate it, I’m happy to be here with my guys,” Williams said.

The QB-Coach Cornhusker duo of Martinez and Frost was also a huge talking point. Frost, a former Nebraska quarterback himself, was forced to answer questions about if he can answer what tends to be a demanding fan base.

“You know, I think everybody in the state and in our building were happy with the progress that we made and kind of the results at the end of the season,” said Frost. “And it was a long, hard road through that time. There was a lot of things that had to get changed, fixed, adjusted. We’re still working on it. It’s a never-ending process.”

Martinez reiterated the same points, he said that he knew that choosing to come to Nebraska was the right choice.

Martinez is the clear-cut star of a Nebraska team that some are even picking to win the Big Ten’s West Division.

“There’s a lot to prove this season, a lot to earn,” said Martinez. “I think our team is fully aware of that.”

With Media Days being one of the first times that reporters have a crack at their teams, many players and coaches were hammered about the expectations of the upcoming Big Ten slate.
“DIVIDED WE STAND”: MSU, MICHIGAN TO GET TV DOCUMENTARY
The announcement was made during Big Ten Network president Francois McGillicuddy’s address on Thursday that Michigan and Michigan State’s famous in-state rivalry will be getting a television documentary.

“And, additionally, our BTN originals team will be producing a documentary on the Michigan-Michigan State rivalry. It’s going to be called ‘Divided We Stand’ and take a look at both the football and basketball programs,” said BTN’s president. “The air date is to be determined, but ‘Divided We Stand’ will air on both BTN and FS1.”

The rivalry is one of the most well-known in the country. Very seldom do you meet someone in Michigan and soon discover which university they root for.

“Given the scene on campus during any given Saturday in the Big Ten,” said McGillicuddy, “we felt it was important to showcase those exciting environments at all of our schools.”