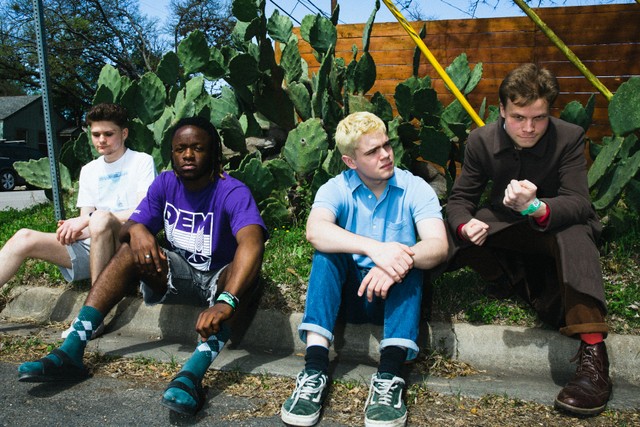 In today’s information age, where practically everything is public and nothing is private, the noise-rock band black midi have managed to keep fans curious. Without doubt one of the most talked-about acts of 2019 have finally unveiled their debut album, Schlagenheim. Despite only releasing a handful of singles, the London-based outfit have seen a meteoric rise over the past year.

Schlagenheim lives up to the weird, unpredictable nature the band has curated since appearing on the underground scene. The record, composed almost entirely of unheard tracks, is difficult to categorize as it changes from smooth guitar riffs to manic solos at the drop of a hat. Throughout the album their music is in constant flux, like their determined to keep listeners on their toes.

In my opinion, the standout from the album is the fourth song, “Near MI, DT.”  The track is the most overtly political moment on the record, showcasing frontman Geordie Greep’s anger at the ongoing Flint Water Crisis. The song begins with ominous warnings about the lead-contaminated water source. These erupt into a cacophony of chaotic noise with Greep screaming, “The water is foul and it’s hard to breathe/There’s lead in the water, there’s lead in the water.” Greep’s voice can only be classified as bizarre, Pitchfork describe his style as “froggy”. I think of it more like a perfect marriage of Gary Numan’s nasally clunkiness and Serj Tankien’s absurdity. His lyrics are backed by screeching guitars, wild drums and looping synthesizers.

Full disclaimer: this definitely isn’t a light summery jam to play at your weekend barbeque. This is the ideal soundtrack for getting thrown out of a bar, busting your lip while skateboarding –you know, that kind of thing.