We Watch It For The Music | American Pie 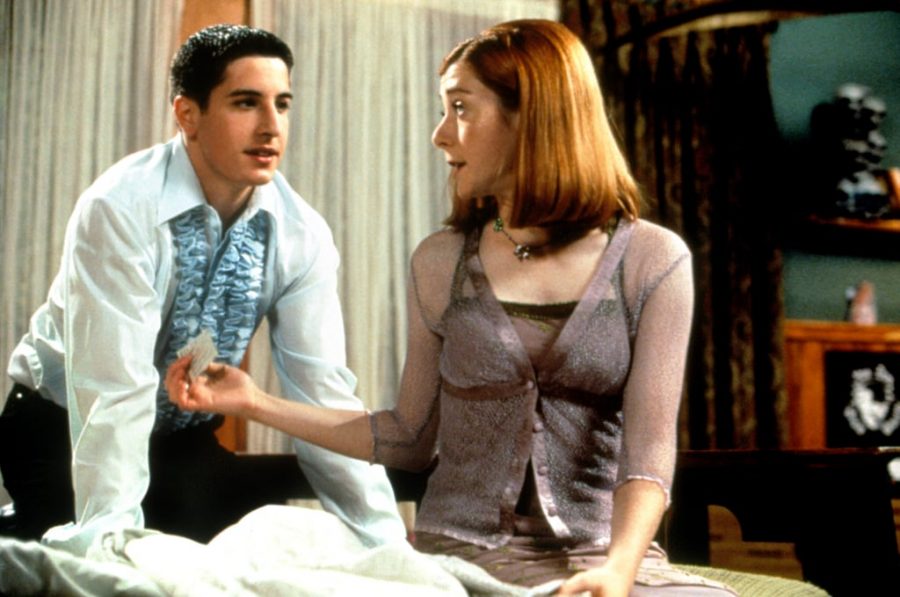 Today, July 9, is the 20th anniversary of one of the greatest movies of 1999. No, it’s not Fight Club, American Beauty or The Sixth Sense – it’s American Pie. I completely understand the desire to close this tab after reading that, but bear with me for a minute.

Yes, the American Pie series is immature, crass and often ethically questionable, but it does have some merit as a coming-of-age high school comedy and a touchstone of ‘90s cinema. The first film, released 20 years ago today, follows four friends as they make a pact to lose their virginity in their final weeks as seniors. Despite modest box office numbers and mixed reviews, the film became a pop culture craze and has amassed a cult-like following.

The unironic way that Tom Delonge and all his contemporaries sing about suburban isolation, sexual lust, drug use and adolescent love provides a perfect backdrop for the childish antics of these sex-crazed teenagers.

There is one scene that successfully pairs the childish audio with even more childish visuals. The main character, Jim (Jason Biggs), sprints to his friend’s house to watch his crush, who he’s helping to study, change in front of a hidden webcam while blink-182’s “Mutt” roars in the background. I know, it’s really bad. I’m not even going to try and make some excuse about how it was the ‘90s and “things were different.” However, the use of this track in this context is amazing; the song details a couple who do nothing but party and have sex. Can you think of a more appropriate track for a movie like this?

To be honest, things were different in the ’90s, but not in a good way. I wish I could write that the previously mentioned scene ends with the woman, Nadia (Shannon Elizabeth), finding out what’s happening and beating the shit out of Jim. However, the unfortunate reality is that she does find out and forces him to strip for her amusement. This track and scene both help to illustrate how toxic and fulfilling of male fantasies the entertainment of this era really was.

The pop punk soundtrack became an expected element of each Pie sequel. The second film, released in 2001, has features from Sum 41, Alien Ant Farm and, of course, blink-182. American Wedding, released in 2003, saw the switch to more radio-friendly acts like Good Charlotte, Avril Lavigne and The All-American Rejects.

It’s funny to think about how much American pop culture would later turn on pop punk and ’90s sex comedies. What were initially mainstays of both movie theatre marquees and radio top 40s would eventually become targets of backlash and ridicule in the 21st century. American attitude and discourse about these topics has come a long way since 1999. We are less likely to excuse a male character behaving in this way, much less endorse it.

Now I must clarify: I know I’ve been kind of negative towards both pop punk music and American Pie. Despite their flaws, I truly love both of them. I legitimately enjoy the first American Pie film for the same reason I enjoy Sum 41 and blink-182. No, they aren’t offering groundbreaking perspectives on sexuality or maturity, but they are honest. They both give an insight into adolescence; at times it’s fun and carefree, and at other times it’s obnoxious and disgusting. American Pie is one of those movies where you either love it or hate it. But wherever you land on it, if you tune into the soundtrack you are guaranteed to have a blast.