With a pair of good value picks, did the Lions have a successful draft? 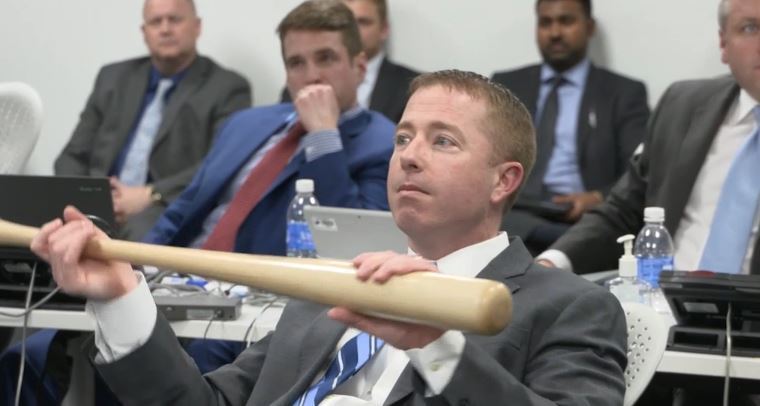 With the 2019 NFL Draft wrapping up on Saturday, the Detroit Lions exit the weekend with nine new members of the team. Whether they’ll start from day one, provide rotational depth or special teams security, here are my grades for each Lions selection.

Lions fans had their fingers crossed that edge rusher Josh Allen would fall just one more spot, but after the Jacksonville Jaguars took him at No. 7, Bob Quinn went with the best player on the board in Hockenson.

The Iowa Hawkeyes’ tight end will make an instant impact in the new-look Detroit playbook. Offensive coordinator Darrell Bevell has been verbal about his commitment to the run game in this upcoming season, as he and the Lions will look to second-year running back Kerryon Johnson to lead the charge. Hockenson’s blocking ability is among the best in the entire draft, so Johnson and the Lions will appreciate his services on that front regardless.

However, he’s also a matchup problem for defenses, and quarterback Matthew Stafford will love throwing the ball his way. The 6-foot-5 tight end hauled in 70 receptions and nine touchdowns during his two seasons at Iowa, with 1,000-plus receiving yards and nearly 15 yards per reception.

Many Lions fans wanted to go defensive in the first round, but if Quinn didn’t love any defensive players at No. 8, you can’t go wrong with best available.

You can check out my extensive thoughts on the Hockenson pick here: https://impact89fm.org/80365/sports/lions-go-with-best-available-draft-te-hockenson-at-no-8/

This one was a bit of a head-scratcher.

The biggest concern with this pick is that it was a reach. Many analysts didn’t have Tavai going off the board until at least the third round. You just have to wonder if Quinn could have held off until the Lions’ next selection at No. 81 overall, or dare I say even later?

Objectively, the Hawaii linebacker has definitely shown that he can tackle. In each of his sophomore and junior seasons, he surpassed 120 total tackles. He also collected 16.5 sacks in his college career. At 6-foot-3 and a stout 250 pounds, Tavai is a systematic match for Matt Patricia’s defense.

Picking an inside linebacker so early in the draft when the Lions have young, blossoming Jarrad Davis is a little perplexing. My guess is the Lions will look to shift Davis to the outside and develop him there, or run more 3-4 defensive sets with Davis and Tavai teaming up in the middle. Either way, it’s hard to find a fully sensible reason for the Lions passing on other needs such as cornerback in the second round.

ROUND THREE: Will Harris, S, Boston College (No. 81 overall)

Finally in round three, the Lions added to their secondary. This 6-foot-2 safety will provide some much needed depth for a defense that allowed 224.9 passing yards per game in 2018.

It’s hard to see a scenario — barring any unfortunate injuries — that Harris gets a start in 2019. Quandre Diggs, Tracy Walker and Tavon Wilson will most likely shoulder the load at safety.

Nonetheless, Harris’ upside is something for fans to get excited about for the future. This was another systematic pick for Patricia’s defense, and he could very well come right in and provide significant playmaking at the position. It became clear at this point in the draft that Patricia is looking for the guys that fit his mold as opposed to raw talent.

The Clemson Tigers were a defensive line factory for this year’s draft. Bryant was the fifth Clemson defensive lineman selected, and his role on those defensive lines will be much of the same in Detroit.

Bryant joins the likes of Trey Flowers, Damon “Snacks” Harrison, A’Shawn Robinson, Da’Shawn Hand and others on Detroit’s defensive line. Much like Harris, he most likely won’t get a start, but for a fourth round pick, you wouldn’t expect him to get one.

He’s athletic enough to move to the inside, and can even drop back into pass coverage occasionally. Naturally, he’s a nightmare flying around the edge. Bryant totaled 21 sacks and 37 tackles for loss in his four-year run with the Tigers which included a pair of CFP national championships.

Besides maybe Hockenson, Oruwariye was the Lions’ biggest steal in the draft.

Many believed Oruwariye to be a second or third round talent, given his 6-foot-2 frame and 4.47-seconds in the 40-yard dash. Essentially, he’s got size, speed, and great hands. The shutdown corner collected seven interceptions in just his final two seasons at Penn State.

Cornerback was undoubtedly among the Lions’ biggest needs entering the draft. Some had hoped that the Lions would pull the trigger early with one of the flashier names, but to get Oruwariye in the fifth round is an incredible steal for Bob Quinn.

The Lions have already made significant additions at the position via free agency, adding Justin Coleman, Rashaan Melvin and Andrew Adams. Now, along with Pro Bowler Darius Slay, the Lions have great depth at cornerback. This could tremendously help a unit that looked frail at times last season.

In their first offensive selection since Hockenson in round one, the Lions added a young, tall deep threat from a mid-major university. Sound familiar?

In 2017, Quinn rolled the dice on 6-foot-4 wideout Kenny Golladay from Northern Illinois. Now, he’s coming off a career year of 70 receptions for 1,000-plus yards and five touchdowns. That’s the kind of productions that Quinn can hope to get out of Travis Fulgham one day.

At 6-foot-3, Fulgham excelled at getting open downfield for Old Dominion. In his senior campaign, he snagged 63 catches for 1,083 yards and nine touchdowns with an average of 17.2 yards per reception.

Matt Stafford will have another deep threat to air it out to. Fulgham will most likely be the odd man out behind Golladay and Marvin Jones at wideout, but his progression is something to keep an eye on, if he’s able to get the snaps and targets.

Two picks later, the Lions went with another skill position. Johnson found the endzone 19 times (17 rushing, two receiving) in his four seasons at Maryland. With 348 carries and 2,635 rushing yards for the Terrapins, Johnson is used to high-volume responsibility on offense.

He won’t be expected to do much in his rookie season, given Kerryon Johnson’s presence and the addition of C.J. Anderson. However, he very well could provide a spark on special teams and perhaps get a crack at returning punts and kickoffs.

Reading between the lines, the Lions now have seven running backs on the unfinalized roster. Don’t be surprised if Ty Johnson is held to the practice squad in the early going, or even if the Lions decide to move on from Zach Zenner and/or veteran Theo Riddick.

We know the Lions selected T.J. Hockenson in the first round, but they also signed ex-Pittsburgh Steeler Jesse James to a four-year contract in March. Furthermore, Michael Roberts, who caught three touchdowns in 2018, is still on the roster. That’s three tight ends that will get priority over Nauta.

Nauta caught eight touchdowns in three seasons at Georgia, and his blocking ability is very much intact. He has potential to be a very nice player, but it’s hard to see that happening in Detroit given the personnel at the position.

I would’ve liked to see the Lions use this pick to build more depth on the offensive line. Quinn and Patricia must have faith in Tyrell Crosby and Kenny Wiggins to fill T.J. Lang’s void, and all we can do at this point is trust them.

Johnson transferred to Arizona for the 2018 season after playing at a community college. He churned out 31 tackles (8.5 for loss) and three sacks in his lone season with the Wildcats. Behind Harrison and Robinson at defensive tackle, Johnson can learn quickly and has the potential to contribute in 2019 as yet another cog in Patricia’s defense.