The Next Step In Psychedelia | “Borderline” – Tame Impala 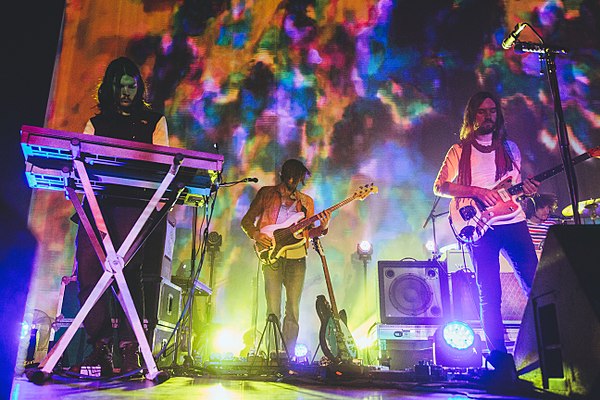 Kevin Parker, visionary behind the psych-rock project Tame Impala, is on a journey to figure out just how far the genre can be pushed. As the second single released for (hopefully) a new project, the track serves as a taste of what’s hopefully to come in the near future. The lyrics are full of uncertainty, with the bridge consisting entirely of wishy-washy phrases: “Little closer, close enough / I’m a loser, loosen up / set it free, must be tough.”

The verse covers familiar ground for Tame Impala. Parker’s self-doubt is prevalent throughout most of his work, from his early days as a musician in Perth, Australia to headlining Coachella. Tame Impala’s early work draws heavy inspiration from the famous Liverpudlian lads, The Beatles, and he pays respect to guitarist George Harrison with this verse to end the bridge: “Shout out to what is done / R.I.P., here comes the sun / Here comes the sun.”

Although it may be unclear what underground Beatles song he could be referencing, it is in fact “Here Comes the Sun”, written by George Harrison. It’s definitely a song worth listening to if you’re into, like, the sun.

Overall, this is a tight, promising single from one of the most exploratory and unique voices in the mainstream music scene. For his first project since 2015’s Currents (you can check out a review of the album by an impact veteran here), the hype is palpable.