Mitchell: After Final Four loss, Spartans promise they’ll be back 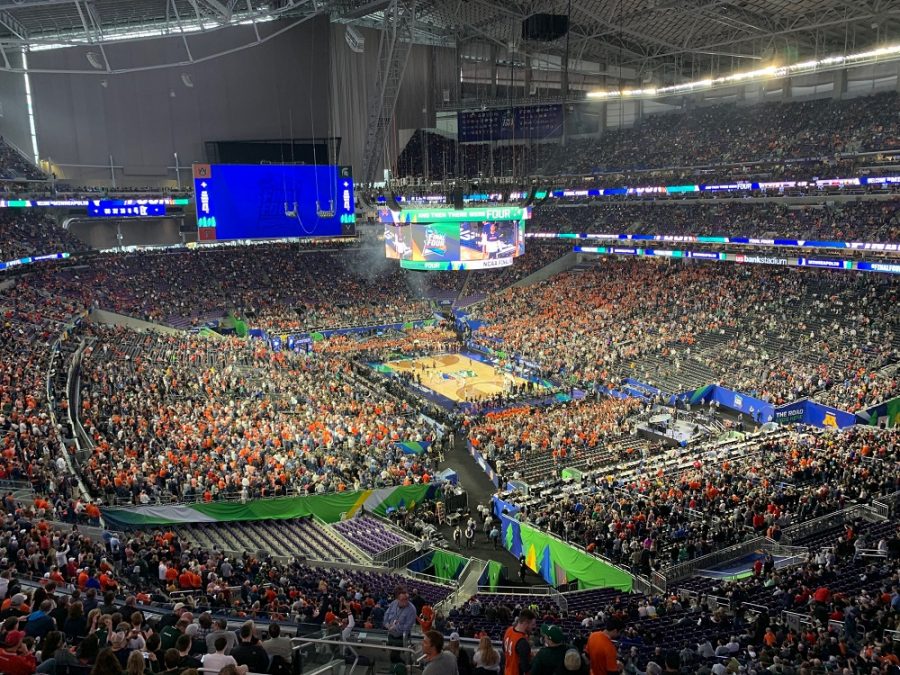 MINNEAPOLIS, Minn. — It was a strange scene in the Michigan State locker room following their national semifinal loss to Texas Tech.

The expectation was to see players crying, towels draped over their heads, nothing but despondent and mumbled answers to questions. However, it was anything but that. Players were sad, but rather than dwell on the loss there was a much happier, appreciative mood.

“All in all, you can never feel good because you never know when you’ll get back here. I’m not gonna pretend to feel good tonight but I bet a couple of days from now I’ll be so damn proud of this team not only for what they accomplished but how they accomplished it and the joy they brought,” head coach Tom Izzo said postgame. “It was an incredible year for me too, just to be around them.”

This team accomplished a lot this year, from winning 32 games to a share of the Big Ten regular season title, a Big Ten tournament title and an East Regional championship. A Final Four berth was the cherry on top for a team that did all of this without star guard Joshua Langford and various other players who faced injuries throughout the season.

It was astonishing just how this loss brought perspective to the players, they not only could look back at what they had done, but ahead to the work that can still be done.

“When you look at next year, we should be back here without a question. We have everybody coming back and coming back with experience. We are going to be an older team now,” freshman forward Aaron Henry said. “If we aren’t here we did something wrong. It’s going to be our fault if we aren’t here again and actually winning it this time.”

It’s a truly profound answer for a first-year player who just lost one of the biggest games of the season in front of a U.S. Bank Stadium attendance-record 72,711 fans.

It’s an answer that shows just how much this Spartan team has grown over the course of the season. Everyone has learned how to move forward and take a gut punch like this, particularly the players who have already experienced losses in their careers. Just a year ago, a Spartan team with much higher expectations than this one was eliminated from the tournament in only the second round by Syracuse.

Sophomore Xavier Tillman was in that locker room last year as a freshman and even he could feel how different this loss was.

“My freshman year, it’s weird. I was thinking about that earlier, like my freshman year I was so devastated because I loved the team and all the guys and I felt like it was my fault and now this year I know that I’m gonna be back and get back to the same exact spot where I’m at, but this time with a different result,” Tillman said.

It’s funny how just minutes after the final buzzer sounded in a loss, all any Spartan could say was that they’ll be back.

As much as you might want to, it’s hard to say they’re wrong. There are only two seniors on this team in Matt McQuaid and Kenny Goins, everyone else will come back with experience.

Those experienced players led this team to 32 wins and a Big Ten regular-season and tournament title. They’ll welcome in a strong crop of freshmen that includes Rocket Watts Jr., a top-30 recruit according to ESPN who can score with the best of them.

Michigan State was on the precipice of greatness, Izzo could practically smell a second national title, it just wasn’t meant to be this season. Next year though there’s a chance, a chance at something greater.

At the end of every Marvel movie, a black screen comes up that says the titular hero or heroes will return. It’s the ultimate sign that shows no matter how big the defeat, no matter what happened through the movie, our hero will fight again. There’s still a lot of work to be done for Michigan State, but one thing is for sure.