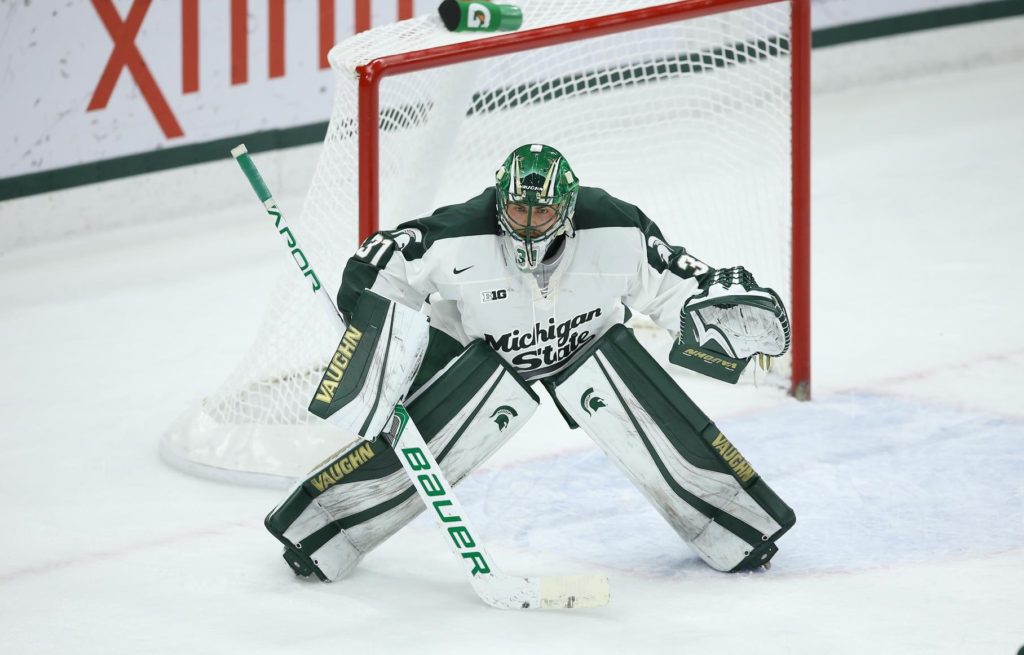 This Spartans travel to South Bend this weekend to take on old CCHA rival Notre Dame. The two squads only separated by one point in the Big Ten standings, making this series very important for conference tournament positioning.

The two regional foes faced off in mid-november in East Lansing, where Notre Dame swept MSU in two close contests.

On Friday of that series, the Spartans’ offense were neutralized until late, when a Patrick Khodorenko wrist shot off the crossbar got MSU on the board, but sealed a 3-1 Irish victory.

Saturday, Irish goaltender Cale Morris showed why he is considered one of the nation’s best and had the Spartans  stifled, as Notre Dame took the sweep, showing why it was No.11 in the country at the time.

The Fighting Irish aren’t the same team that played the Spartans in November. Notre Dame has dealt with a bevy of injuries since they two tangoed at Munn, as key contributors Cal Burke, Cam Morrison and Joe Wegwerth have missed time.

Regardless of the injury concerns, Notre Dame was able to take five points against Wisconsin last weekend, putting them in third place in the Big Ten standings.

The Irish are lead by stud defensemen Bobby Nardella, who leads Notre Dame with 22 points on the season. The Spartans will need to contain him to ease the pressure on their defense, which has been much better of late.

Lead by Zach Osburn and Dennis Cesana, the Spartans D-core has been solid in-front of John Lethemon, who has earned his starting spot back for this weekend at least. MSU will need its defensemen to contribute on the offensive end again this weekend to ease the load on the KHL line.

The KHL line is the most dominant line in the Big Ten, lead by Taro Hirose, who leads the nation in points and assists. If he is neutralized, look for Notre Dame look to have big weekend. Mitchell Lewandowski is red-hot with four goals last weekend, completing the KHL line.