Quiet but qualified: Why Bevell is the right call for Lions OC 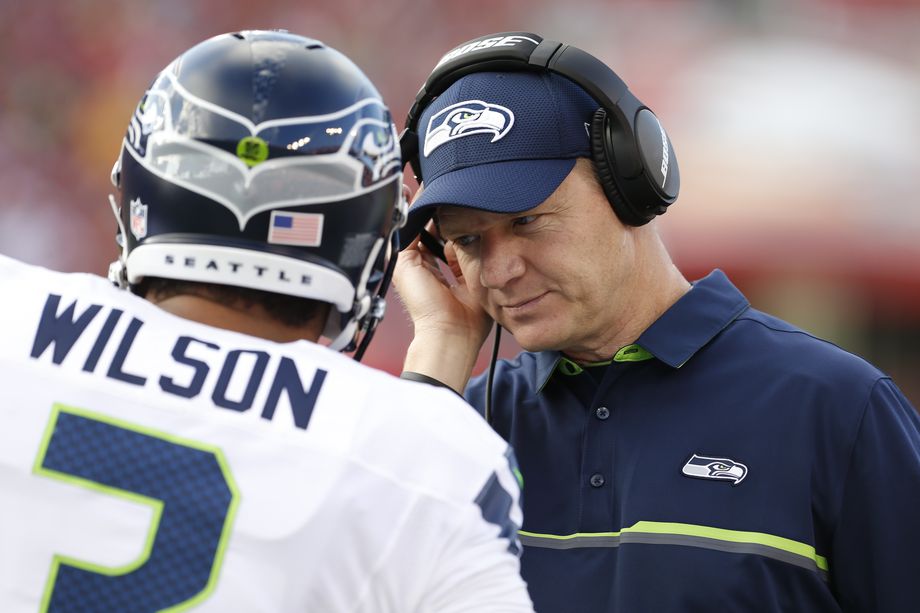 The Lions finally broke the ice by hiring their new offensive coordinator for 2019 and hopefully beyond. After Jim Bob Cooter was fired on New Year’s Day just weeks ago, Darrell Bevell is getting the nod for next man up.

If you’re a Lions fan, I’ll give you a few great reasons why you should love this hire. You may not have heard of him, but you should have. Let’s start with this: Bevell won a Super Bowl as the offensive coordinator for the Seattle Seahawks in the 2013-14 season, and returned to the big game the following season only to come up just short of back-to-back titles.

I can already hear the naysayers. “The Lions hired the guy who threw it on the goal line to lose the Super Bowl?” Save it. Patriots cornerback Malcolm Butler made what very well could be the best defensive play in Super Bowl history, and Seahawks coach Pete Carroll owned the play call in his postgame presser. Let’s just clear that up before we go any further. Enough of that.

I know, everybody’s hopes were riding sky-high when Matt Patricia came over from New England with a few Super Bowl rings of his own. The Lions went 6-10 in his first campaign. Not saying he’s the wrong man for the job by any stretch, as he deserves a fair shake to turn this team around. But it does prove that reputation is not everything; it’s about what you do in the here and now. With that being said, Bevell has a rather quiet but very qualified resume to be in charge of the Lions’ offense.

Bevell’s ventures in the NFL began when he took an assistant quarterbacks coach role for the Green Bay Packers in 2000, and he later became the main quarterbacks coach from 2003-05. Recognize something significant here? Bevell worked with Hall of Famer Brett Favre every single one of those years. Under Bevell, Favre threw a league-leading 32 touchdown passes in 2003-04. The Packers also won the NFC North division title twice in those three seasons, including a 2004 run in which the Packers owned the No. 3 ranked passing attack (not to mention No. 7 in 2005-06).

His success with Favre and the Packers eventually got him some looks at the offensive coordinator position, and in 2006 Bevell was hired by the division-rival Minnesota Vikings. Bevell served in this position for five seasons, and the Vikings had a record of 42-38 in those years. In 2007-08, Minnesota had the No. 1 rushing offense in the NFL. Overall, Minnesota had a top 10 rushing offense in three of Bevell’s five seasons on duty, including back-to-back NFC North titles in 2008-09 and 2009-10. Favre and Bevell were reunited in 2009, when Favre finished the season with a career-high 107.2 quarterback rating for Minnesota.

After a 4-12 record in 2010-11, the Vikings endured a coaching overhaul, and Bevell was not retained. That’s when Pete Carroll picked him up to join the Seahawks as offensive coordinator yet again. That’s also perhaps when Bevell’s most impressive success began.

Bevell’s first season in Seattle was the only losing campaign of his tenure, in which the Seahawks went 7-9. The following season was rookie quarterback Russell Wilson’s debut and the offense’s breakout year, as the Seahawks went 11-5 and boasted an offense ranked No. 9, including the No. 3 rushing attack. 2013-14 brought the Super Bowl winning season, when the Seahawks had another top 10 ranked offense and top five rushing attack. In Bevell’s last four seasons, the Seahawks won the NFC West twice and only won less than 10 games once.

All in all, the Seahawks had a collective 72-39-1 record, a top 10 passing offense once, a top 10 rushing offense four times and three division wins with Bevell at offensive coordinator. The key takeaway is that Bevell’s offenses were driven by the run game, and along with a standout defense of course, those offenses led to many wins for Seattle.

It is important to note that Bevell was blessed with two future Hall of Fame running backs in Adrian Peterson (Minnesota) and Marshawn Lynch (Seattle). However, the Lions have a promising young talent at the position in Kerryon Johnson. The rookie rushed for 641 yards in 2018, which cracked the top 30 in the league despite missing the final six games of the season due to a knee injury. Johnson avoided surgery though, and will return in 2019 as Detroit’s starting back.

The Lions finished as the No. 23 rushing offense in 2018, and could use Bevell’s new scheme and energy on offense. A better run game will make quarterback Matthew Stafford’s life a whole lot easier, as establishing a run presence will allow the Lions to take more deep shots and set up run-pass options, an area in which Stafford thrives.

It will be very interesting to see how Bevell balances the run and the pass. It’s no secret that Stafford has some of the best arm strength in the sport, and the Lions would benefit from using that strength. After working with Favre, Bevell knows a thing or two about utilizing a great thrower of the football.

However, a multi-dimensional offense in 2019 would help Detroit expand its playbook. With a fresh mind (at least fresher than Cooter’s vanilla repetitions), Bevell will look to improve the six-win mark that his new team left in 2018. Given all the success that he’s proven for a pair of division rivals and a Super Bowl championship team, Lions fans should be excited with their new guy.