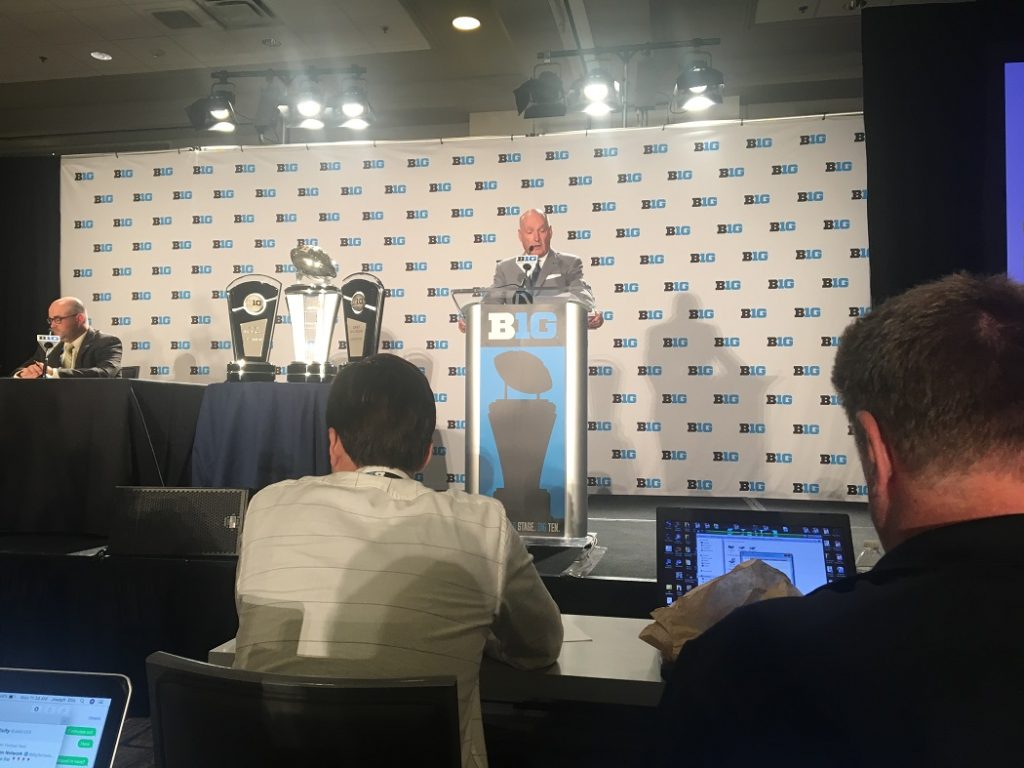 CHICAGO — Big Ten commissioner Jim Delany kicked off the conference’s media days on Monday by backing up his teams and coaches despite missing out on the College Football Playoff last year.

“You know, the committee’s job is a difficult one,” Delany said. “We do have four years of data, and it is true that there have been champions [have] been excluded. We knew there would be champions excluded.”

Both Penn State and Ohio State were left out as conference champions, albeit two-loss champions, in 2016 and 2017. With the Big Ten East division containing four top-15 teams, there is a chance that the winner of December’s conference championship game is saddled with two losses again. Delany was not worried about his move to geographical divisions five years ago.

“We’ve had two experiences with divisions. The first one was based on competitive balance over the last 20 years. And to be honest with you, it wasn’t received that well. I think most of us — all conferences except for the Big Ten have really stayed with their geographic groupings, and I think there’s probably a reason for that. I think it probably has to do with the fan base’s natural inclination to see, even though conferences are larger, more geographic rivalries.”

The hot-button issue surrounding media days across the country is reaction to recent legislation legalizing sports gambling. Delany came out heavily in favor of “player availability” reports instead of NFL-style injury reports.

In 30 years as commissioner of the Big Ten, Delany has had the chance to “see a lot.” However, his stance on amateurism sounds vastly different from anything that was discussed in 1988.

” I think that there’s been some evolution in the transfer areas,” Delany said. “Obviously we had a very serious scandal in college basketball. Took Secretary Rice to head up a commission. She’s given her recommendation. She had a good group of individuals to work with from different parts of the collegiate environment. In general, we support those recommendations.”

Michigan State begins its season on a Friday, but whether or not it will be involved in the conference’s new move to Friday night games is still up in the air.

Follow along with WDBM Sports on Twitter, as well as with our inaugural live stream on mixlr.com, where MSU players will be live with us throughout tomorrow.