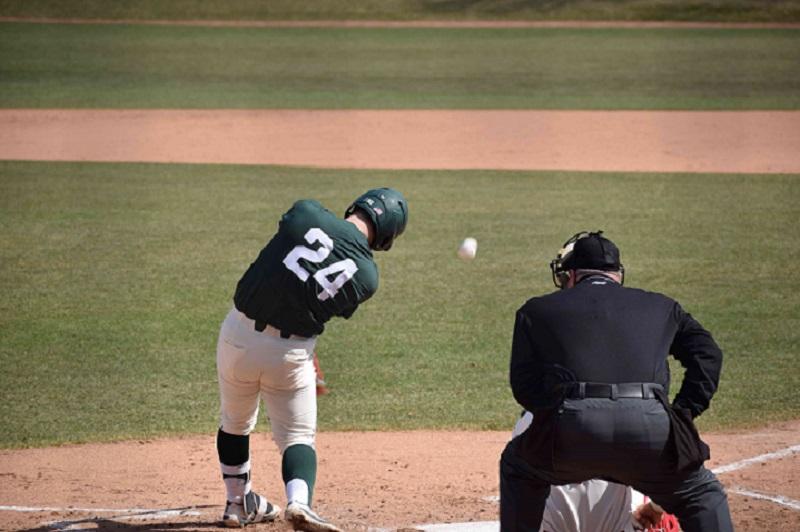 Report cards are in! We are about halfway through the NCAA baseball season now,and things are starting to fall into place for Michigan State. Sample sizes are now big enough to make accurate judgements of players.

Now, these aren’t final grades, this is more of a progress report than anything. Players have plenty of time to get their grades up (or down) before the postseason. But, here is what each of Jake Boss Jr.’s starters have earned thus far.
Adam Proctor, C
Grade: C-

Despite his average being a measly .250 and missing time due to an injury, Proctor has still been a productive player on both ends for the Spartans. He owns a respectable .341 OBP and has only committed one error behind the plate. If he stays on the field more in the second half, his grade could easily go up.
Zach McGuire, 1B
Grade: B

Arguably Boss’ best hitter so far. McGuire owns a .291/.358/.430 slash line while leading the Spartans in home runs (3) and RBI (15). He also has provided the Spartans with a nearly perfect season with the glove, committing only one error thus far.
Royce Ando, 2B
Grade: C-

Ando is hitting a respectable .286/.333/.310, but that’s about all that’s been good for Ando this year. He has virtually no power and he’s missed some time due to an injury. When he’s been on the field, his defense has been spotty. Ando has committed six errors in 16 games this season, which is likely a major reason he went from shortstop to second base. If his defense improves in the second half, he will be a solid two-way player.
Marty Bechina, 3B
Grade: D

Bechina was expected to be one of the main sources of power in this line-up, but has failed to become that thus far. He is hitting just .188 with two home runs and 12 RBI. Though he has driven in the second-most runs on the team, Bechina has been the main case in point as to just how bad this team has been at scoring runs this season.
Ryan King, SS
Grade: C-

King is in a similar position as Ando, he owns a passable slashline (.252/.288/.282), though he has virtually no power. King has also been a liability at times up the middle, leading the team with eight errors. That said, for a true freshman up the middle, he hasn’t looked that out of place.

There have been flashes this season where King seemed almost impossible to get out, but we haven’t seen this version of him in some time, as he’s gone just 11 for 53 (.208 average) since returning home to East Lansing.
Bryce Kelley, LF
Grade: D+

For a player MSU expected to put up big numbers at the top of the line-up, Kelley’s production has been rather disappointing so far. Kelley hit .353/.416/.436 last season while this season, he’s hitting .238/.313/.257 and has only recorded one extra-base hit.

His defense has been passable (95 percent fielding) and he does lead the team in stolen bases with 19, which are probably the only two reasons he’s staying in the batting order. However, he has gone eight for 26 (.308 average) in his last seven games, so we could be seeing him finally turning the page on what has been a miserable start to the season.
Justin Antoncic, CF
Grade: B+

Antoncic might be the biggest surprise on this team thus far. He leads the team in batting average (.294), OBP (.390) and total bases (41) and has played in all 29 games so far. He has been consistently producing at the top of the Spartans’ lineup all season long, and has arguably been the Spartans’ best player.
Dan Chmielewski, RF
Grade: B-

Chmielewski has been quietly one of the most productive players in the Spartan lineup all season long. On the defensive end, he has yet to make an error in 25 starts in right field this season.

Offensively, he is tied for second on the team in RBI (12) and is third in total bases (36) while leading the team in triples (3). He has a solid slash line of (.265/.324/.353) and has swiped seven bases in eight attempts. He doesn’t have one dominant tool, but he has been decent across the board all season long.

Players will get their next chance to get their grades up on Saturday, but with the current state of East Lansing’s weather, any chance at playing baseball today will be scarce.