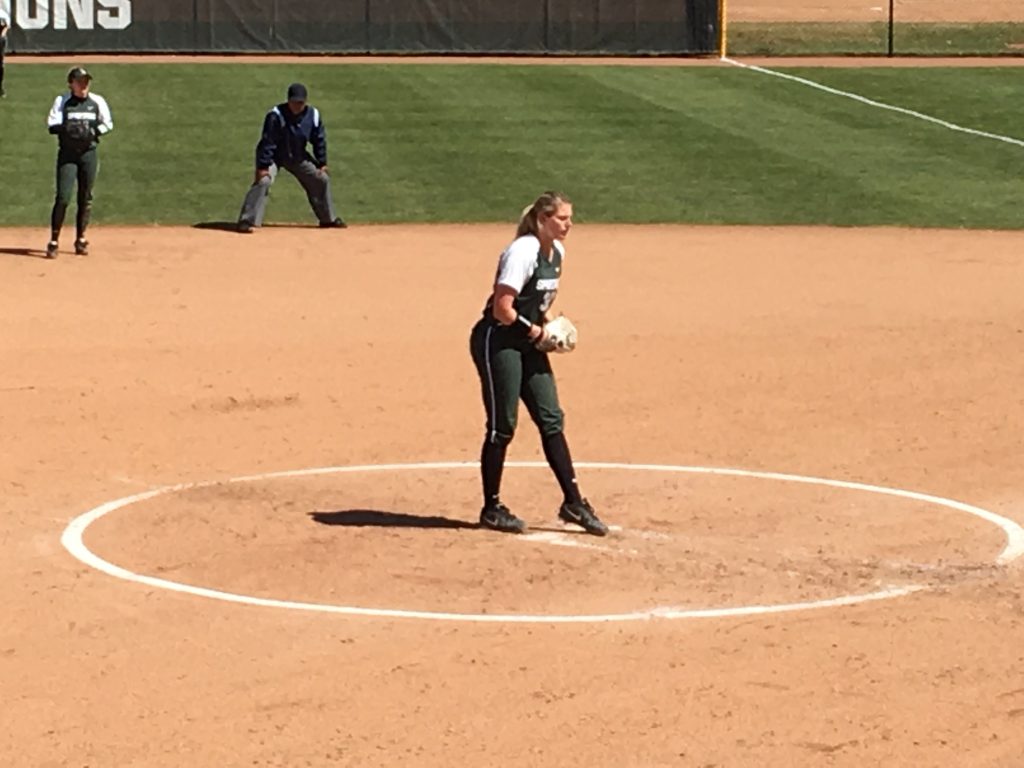 EAST LANSING, Mich. — Secchia Stadium was abuzz when Michigan and Michigan State took the field Thursday afternoon. Despite it being a preseason game, both teams were looking to build confidence in preparation for the upcoming season. In a game dominated by pitching, the Wolverines prevailed 3-0.

Michigan opened the scoring quickly in the top of the first, taking advantage of a pair of walks by Spartan starting pitcher Bridgette Rainey. The Wolverines would then scoring on a single by senior Taylor Swearingen. That would prove be the only scoring that the Wolverine’s would need, as three wolverine pitchers combined to pitch a three-hit shutout.

Despite the loss, there were still quite a few bright spots for Spartans and coach Jacquie Joseph. Senior McKenzie Long was successful at the plate and on the basepaths, going 2-for-3 with a double and a stolen base. Senior pitcher Kristina Zalewski relieved Rainey in the third inning and went on to pitch four scoreless innings. The defense was solid as well, as sophomore catcher Kelcey Carrasco threw out an attempted base-stealer, senior center fielder Lea Foerster had an outfield assist and Zalewski made an impressive play on a hard hit ground ball right back at her.

However, the pros of the game will be overshadowed the cons, highlighted by the lack of production from the offense. Six runners were left on base, with four of them being left in scoring position. The seventh inning was also a blemish in a solid defensive game, as freshman pitcher McKenna Gregory threw wide of first base and allowing a run to score and a runner to advance to third base. A sacrifice fly by the next batter all but put the game out of reach for the Spartans.

The Spartans battled hard, and despite the loss, showed plenty of potential. Their next game is against the Wolverines, on Oct. 12 in Ann Arbor.