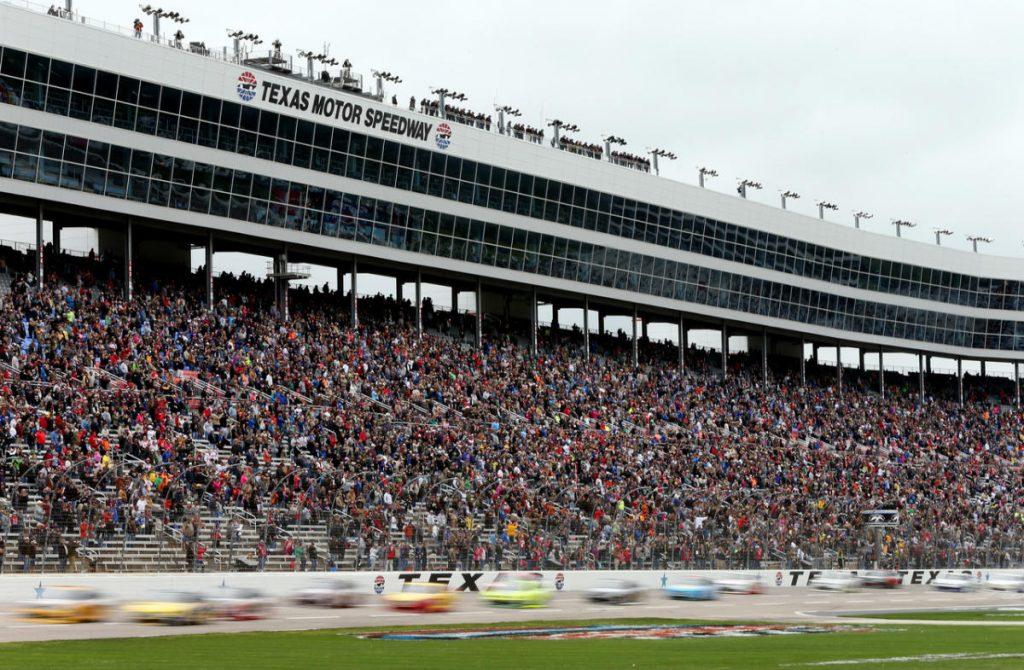 The Chase for the NASCAR Sprint Cup rolls on in the Round of 8, as Texas Motor Speedway hosts the AAA Texas 500 this weekend (2 p.m. ET Sunday on NBC). Jimmie Johnson has clinched a spot in the Championship Four by virtue of his win at Martinsville last week. But that means seven other drivers are vying for three spots, and four will be sent home packing.

The Joe Gibbs Racing trio of Denny Hamlin (+6), Matt Kenseth (+6) and Kyle Busch (+4) currently hold the other three transfer spots, with Joey Logano (-4) right on their heels. Stewart-Haas Racing teammates Kevin Harvick (-16) and Kurt Busch (-18) finished outside the top 20 last week and Carl Edwards (-32) suffered a flat tire and broken suspension, putting him in a virtual must-win scenario moving forward in this round.

Johnson, though, is the clear cut favorite for this weekend. He has won five of the last eight races at Texas and has cleaned off the competition in each of the past four fall races at the 1.5-mile quad-oval in Fort Worth.

The No. 48 also has nothing to lose, but everything to gain. With a win, he would keep out one of his seven title competitors, which could prove dividends when they go to Homestead-Miami Speedway in two weeks’ time.

Don’t sleep on the non-Chasers, though. Guys like Brad Keselowski, Martin Truex Jr. and Chase Elliott—to name a few—have had some of the strongest and consistent cars all season. Keselowski was a runner-up to Johnson last week, Truex Jr. started on the pole and led laps last week and Elliott has had success at TMS in the Xfinity Series, winning multiple races.

There also might be some fire in the JGR camp. Although they finished 3-4-5 (and outside the top 30), their defending champion wasn’t so happy on the radio as Hamlin held up the No. 18 as well as the No. 20. F-bombs were dropped, tempers flared and subtle shots were taken in post-race interviews.

Since the dream is now dead of all four JGR cars in the Championship Four, it will be intriguing to see if the boys “play nice” this weekend, or if the circumstances will dictate otherwise. After all, everything is bigger in Texas.

On Victory Lane this week, I predicted that a non-Chaser, Martin Truex Jr., would win the AAA Texas 500—and I’ll stick with it. His Toyota counterpart Kyle Busch won at this track in the spring, and I think the No. 78 team wants to show that they are still a force to be reckoned with in the Sprint Cup garage.