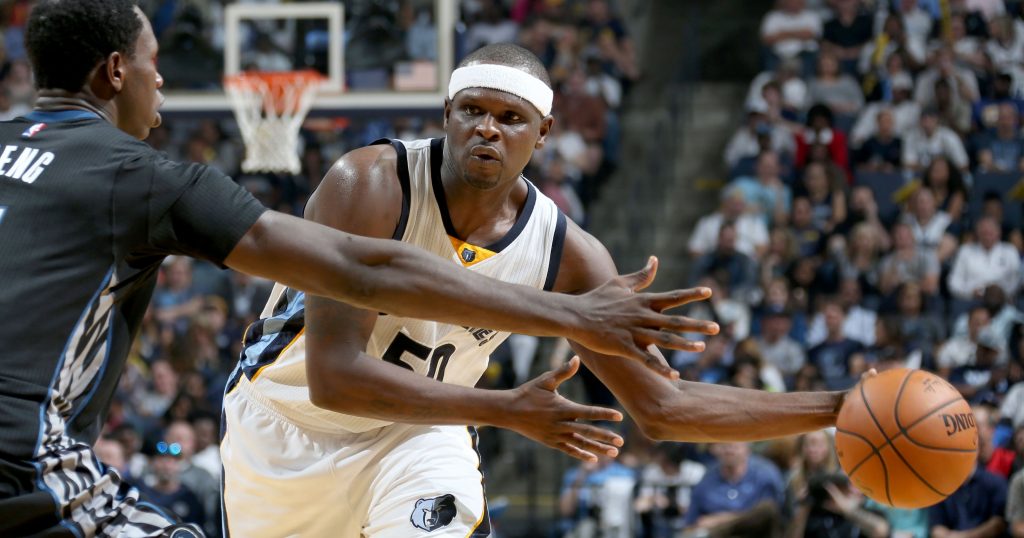 Last week, former Michigan State basketball player Zach Randolph (2000-01) showed the NBA that 16 seasons into his career, he is still a factor.

The Memphis Grizzlies first received Randolph through a trade with the Los Angeles Clippers in 2009, and they have now turned into a regular playoff contender. This season, Randolph is joined with another former Spartan, Deyonta Davis (2015-16), who was also a one and done college star.

This past week, Randolph has been playing lights out, despite coming off the bench in all three games. In the first game of the regular season, Randolph had a double-double (19 points, 11 rebounds) in 25 minutes of playing time and was the fourth-leading scorer, helping the Grizzlies sneak one out at home against the Minnesota Timberwolves, 102-98.

The next game, Randolph just missed out on a second double-double after scoring more points than three of Memphis’s starters, dropping 13 points complimented by nine rebounds in a hard-fought loss to the New York Knicks, 111-104.

Sunday was his best game so far. Memphis played the Washington Wizards, and Randolph annihilated his opponents on both offense and defense. Randolph put up 22 points, shooting 10-for-16 from the field and grabbing seven rebounds. He also had three steals and an assist. Randolph was able to be work the defense down low in the paint, scoring 10 points, and sank five mid-range jumpers for another 10 points. His other two points came from the free throw line.

Michael Wallace reported in early October that Memphis coach David Fizdale said Randolph would come off the bench full-time. Fizdale also went on to say that Randolph could win the NBA’s Sixth Man of the Year Award, and that the All-Star took the news well.

Alexis Morgan’s report confirmed this by stating that when Randolph and teammate Marc Gasol walked to the locker room after the first exhibition game, Randolph said, “I’ll anchor the bench for us, don’t worry about it, I’ve got that part.” Memphis had Randolph come off the bench last year for 15 games, but he returned to the starting lineup after multiple injuries to his teammates.

Randolph was a staple in the Grizzlies’ grit-and-grind play style, with aggressive defense and slower gameplay. Fizdale is looking to change the future style for Memphis with a quicker pace and a bigger focus on ball movement. The aggressive play may not be gone yet, but the transition is clearly taking place.

Memphis’ next game is Tuesday against Minnesota.