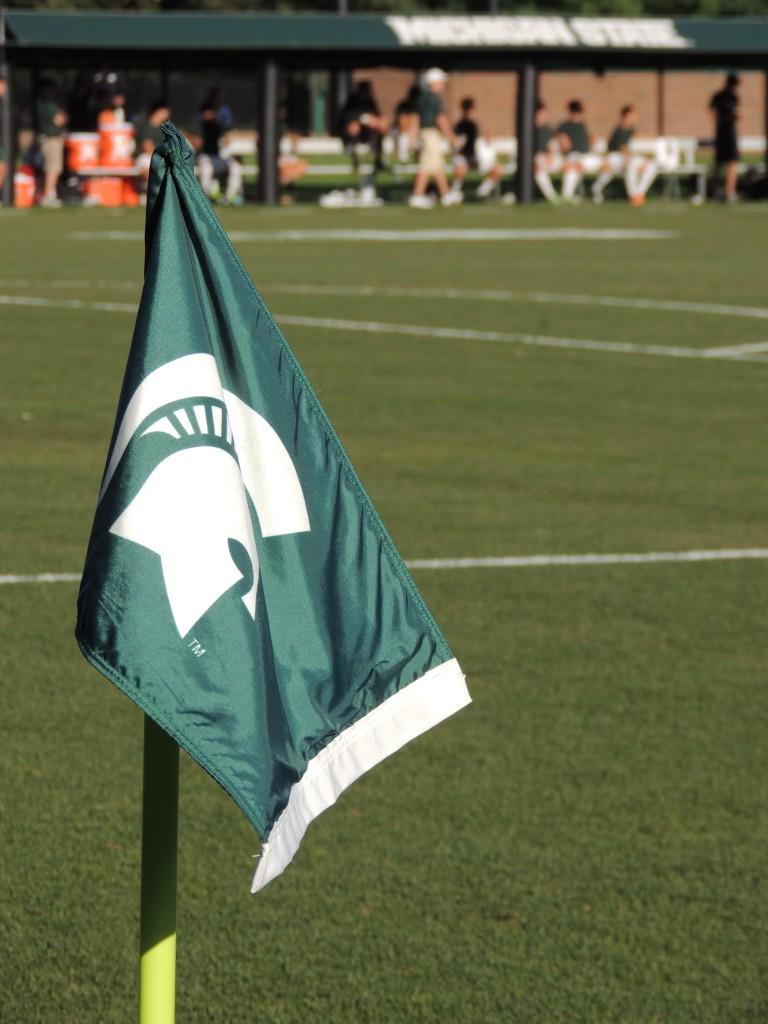 EAST LANSING, Mich. — On a rainy day in East Lansing, Michigan State was unable to overcome an early Wisconsin goal scored in the first minute of the match at DeMartin Stadium on Sunday. The Spartans ultimately lost the match 1-0, with the shot totals being relatively similar. The Spartans were able to notch nine shots, while the Badgers had 10.

The lone goal of the day was scored by Wisconsin’s Micaela Powers, and assisted by Emily Borgmann.

The low scoring affair was competitive throughout, with the Spartans controlling the pace for most of the contest.

Spartan coach Tom Saxton said he was impressed with how his team responded after the early goal from the Badgers.

“I thought we showed great resilience, as we have all year,” Saxton said.

During the first half, a near goal for Michigan State’s Kristelle Yewah turned into a big collision in front of the net with Badgers goalkeeper Caitlyn Clem. Both players were checked for injuries by team doctors on the field. Yewah was unable to return for the remainder of the match, but Clem was able to immediately return to the net.

One of the aspects of the match the Spartans were able to dominate was corner kicks. The Spartans outnumbered the Badgers eight to three in this category, but were unable to convert on any of the scoring opportunities.

“Corner kicks don’t win games, but the corner kick disparity was certainly evidence of our pressure in their end,” Saxton said.

A major theme for the match was the Badgers ability to create pressure on the counter attack. The Spartans would often control the ball deep in Badger territory, and a quick switch in possession would lead to a quality scoring chance for the Badgers.

“They’ve got Rose Lavelle in the middle, and she can escape pressure with her dribble, she’s a brilliant player, and then they just fly on the outsides, so I give credit to Rose for being able to get out and get faced up,” Saxton said.

Michigan State will look to send their seniors out on a positive note when they take on Penn State on Saturday. The match begins at noon at DeMartin Stadium and will be the Spartans final home match of the season.