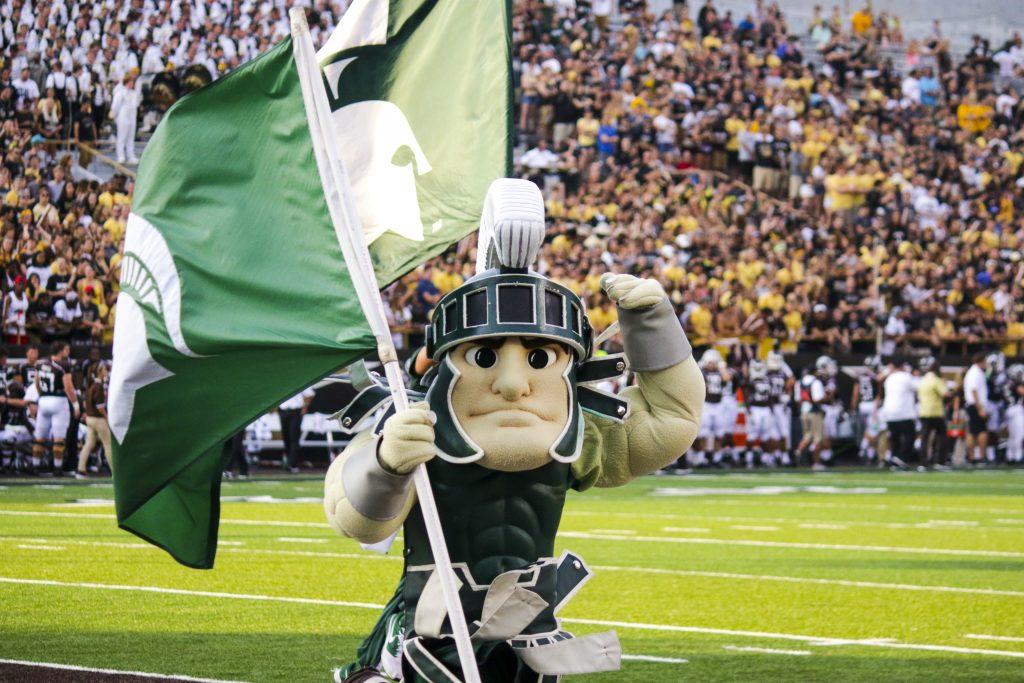 This is the seventh in a series of assessments on each position for Michigan State football. To read about the Spartan defensive line, click here.
Andy Chmura: @andy_chmura
The Bullough family will once again raise its noble MSU football legacy through senior captain Riley Bullough. Bullough capped off his junior year with a team-high 106 tackles. He also made the All-Big Ten second team. Bullough is a sideline-to-sideline player. Although he has tremendous power and tackling ability, his agility and evasiveness are perhaps his strongest attributes. Bullough is also incredibly vocal and has the play-calling skills to be the heart of the MSU defense.

With the departure of Darien Harris, the Star linebacker opening will be a dogfight between Chris Frey and Andrew Dowell. Frey has the slight edge in experience, but both men are quite mature for collegiate athletes. They see the field extremely well and encompass the pure physicality Mark Dantonio’s club is known for.

Regardless of the outcome of the Frey vs. Dowell crusade, Spartan Nation has the satisfaction of knowing that this position battle pushes both men closer to their true potential–and this will make for an exciting 2016.

Although Ed Davis’ approval for a sixth year of eligibility is certainly cutting it close to the season opener, Dantonio has hardly anything to worry about with rising star Jon Reschke. The Brother Rice graduate came onto the scene in 2015 as a redshirt sophomore, where he replaced the injured Davis. With 75 tackles in 14 starts, Davis’ absence was hardly noticeable.

Mark Dantonio remains confident that Davis will be eligible to play in 2016. If this is the case, he and Reschke will duke it out for the first-string Sam linebacker spot.

MSU’s linebacking corps showcases an extraordinary amount of talent but is also incredibly deep. Injuries will happen to the Spartans. It is not a matter of “if” as much as it is a matter of “when.” But when this occurs, the “next man up” mentality will kick in, and Michigan State will have one of the most premiere linebacking rotations in the nation regardless of who starts.

Brendan Wilner: @b_wilner16
This linebacking corps is once again one of the strengths for Coach Dantonio, which is led by senior captain Riley Bullough. He will be the leader once again for this defense after recording a team-high 106 tackles last season. The linebackers this year all have experience and determination, which will make them one of the best in the country.

Co-defensive Coordinator will love having his three starters in Bullough, Chris Frey, and Jon Reschke during big plays late in games because of their experience. All three of them are upperclassman and that will play a big role during this season. The hype is there for these guys and they will definitely be tested throughout the whole season.

Starting with Bullough, who is a guy that can read the offense and get early jumps on the ball allows him to be a great playmaker. His ability to stop the run is huge for this defense. The biggest thing about Bullough is his leadership. He will be the voice in the locker room the whole year. The fact that he can lead this whole front seven should give fans reasons to be excited to watch the defense work.

Frey and Reschke will follow Bullough in stopping the run. Both of these guys are big and fast linebackers who can get through the holes on the defensive line and take down opposing team’s running backs.

One question mark will be whether or not Ed Davis will be able to play this season. His leadership will be helpful this season and add a ton of depth at the linebacking position.

This linebacking corps is one of the best in the country, which should leave fans and coaches excited to watch them play this season. They will be the X-factors on the defense in 2016, and that sounds like it is the motto of Coach D and his staff. It will be important for all of them to stay healthy. If so, watch out.

David Manion: @The_Manion1
Denicos Allen dragging down Braxton Miller. Kyler Elsworth colliding with the Stanford fullback in midair. These are a few of the many monumental occasions in the Dantonio era where linebackers have delivered in the clutch.

The 2016 linebacker edition goes five deep, giving plenty of flexibility to co-defensive coordinator Mike Tressel on how he wants to set up his lineup. This unit without a doubt is the heart and soul of the team.

Let’s start with the senior captain Riley Bullough. He may not have been as intelligent as his brother Max, “the computer,” but he makes up for it in speed. The senior has a nose for the football, racking up 106 tackles last year. Bullough has a knack for stuffing the run and making solid open field tackles. He does a great job of pursuing the ball carrier from favorable angles.

On one of his sides is junior Chris Frey. Frey is an excellent pass rusher who excels in causing fumbles. On the other side is junior Jon Reschke. He specializes in wreaking havoc in the opposing backfield thanks to his impressive penetration. Reschke is also effective when dropping back in coverage on pass plays, serving as a temporary obstacle for tight ends.

Michigan State is still awaiting the NCAA’s decision on granting senior Ed Davis his sixth year of eligibility. Davis is hungry to get back onto the field and leave his footprint in the sand of MSU football.

Andrew Dowell is a huge sleeper right now. The sophomore played 13 games last season and is starting to develop into a complete player.

Expect this group to serve as a security blanket for the defensive line as well as the stacked secondary. They will do an exemplary job of clogging up running lanes and causing chaos in the backfield, while forcing takeaways.

Matt Mika: @themattmika
The linebackers for Michigan State are some of the best in the nation. Senior Riley Bullough comes from a proud Green and White family. His father Shane and his older brother Max were both captains for the Spartans, and now Riley has joined the family legacy in carrying the torch, becoming a captain in 2016.

What Riley brings to the defense is more than his skills on the field. He brings emotion and heart every single play. He flies from sideline to sideline, tackling ball carriers in open space. His presence alone is vital for the Spartans. In addition, he has a nose for the ball and can force turnovers, whether that be stripping a ball loose for a fumble or coming up big with an interception in the flat. He brings a level of pride to the Spartan defense.

The question mark is Ed Davis. If the NCAA decides to grant Davis another year of eligibility, the Spartan defense becomes even better. Davis is a monster with size, speed and quickness. Last year, Jon Reschke filled in for the injured Davis nicely, proving himself by stuffing the run. With another offseason under his belt to become bigger, faster and stronger, Reschke has the possibility to be a game changer for the Spartan defense.

Chris Frey and Andrew Dowell are big time as well. Frey can rush the quarterback from the edge when needed and Dowell has tremendous athletic ability.

The Spartans are loaded with talented linebackers. Can they stay healthy for the duration of the season? If they can stay healthy and if key playmaker Ed Davis returns, Michigan State’s defense will be a lot of fun to watch.