Mackenzie MacEachern to Sign With the St. Louis Blues 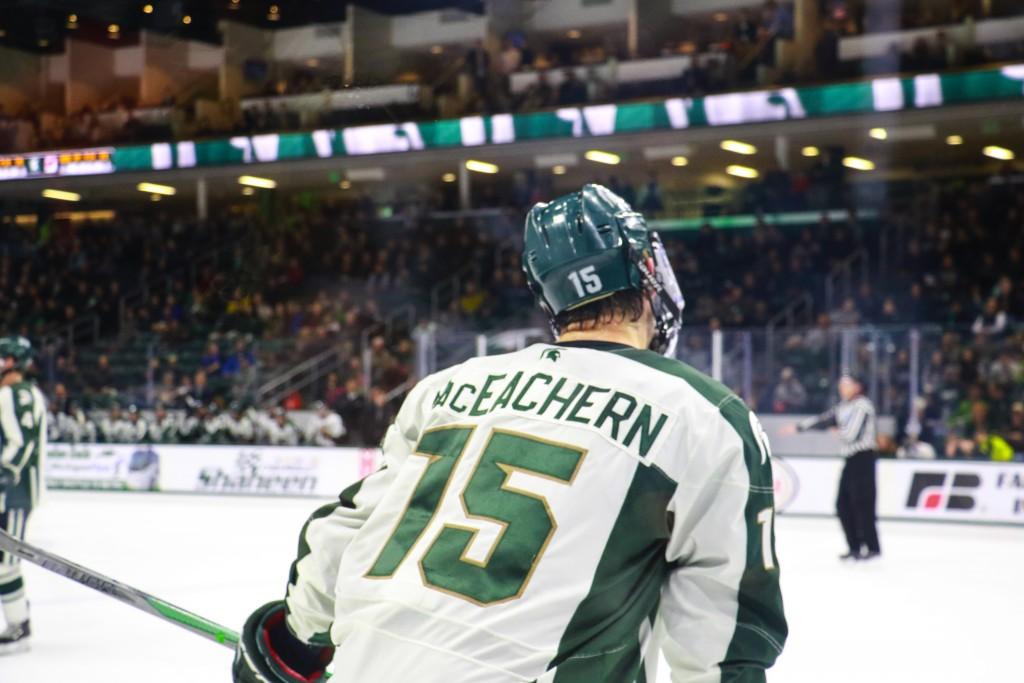 What was just speculation a week ago has now turned into a reality. Michigan State junior Mackenzie MacEachern has chosen to forego his senior season in East Lansing and sign a two-year entry level contract with the St. Louis Blues.

“I’d like to thank all the coaches, my teammates and Michigan State for the opportunity. Being at Michigan State has definitely been the best three years of my life,” MacEachern said in a press release Tuesday. “I’m excited to move forward, but I’ll really miss MSU because of all the support. You couldn’t have a better support system than we have at Michigan State.”

MacEachern lead the Spartans in the 2015-16 season with 14 goals and 16 assists. He ended the season on an eight-game point streak and produced points  in 11 of his final 13 games with the Spartans. MacEachern also led all Spartans with eight multi-point games.

As a freshman, he was second among all first-year players with 12 points (8G, 4A).

MacEachern played in every game in this three-year career with the Spartans, a total of 108. He will end his Spartan career with 68 points (33G, 35A).

“Mackenzie’s game has progressed significantly over the past three seasons and it’s great to see him develop into a player that will compete at the NHL level,” said MSU coach Tom Anastos in a press release Tuesday. “We are excited for Mac and thank him for his hard work, commitment and contribution that he made to our university and Spartan Hockey during his time at Michigan State.”