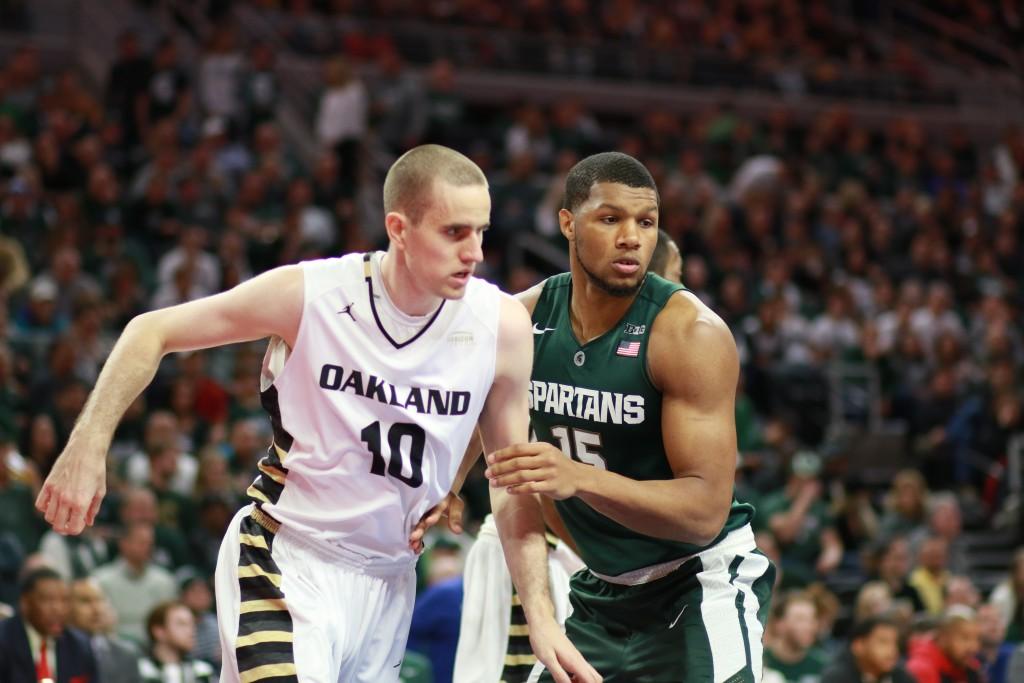 Sophomore forwards Javon Bess and Marvin Clark Jr. will be transferring from Michigan State, as first reported by Jon Rothstein.

MSU just released statements from both players regarding their decisions.

“My two years at Michigan State have been full of great memories and relationships that will last a lifetime. But after some great meetings with Coach Izzo following the season, I believe it’s in my best interests to seek an expanded role as I look elsewhere to continue my basketball career. I’d like to thank my teammates and coaches for all they’ve done for me. And a special thank you to Spartan fans for their support over the last two seasons.”

“I want to say that nothing can replace the experiences I gained while playing for Coach Izzo. I’ll always love and respect him for giving me the opportunity to put on a Spartan uniform. With that said, I do feel it’s in my best interests to find a new home to continue my college career.

“My time here has been unbelievable. From Spartan Nation supporting me and giving life to us on a nightly basis, to the teachings of the coaching staff and finally my teammates and the bonds of brotherhood we’ve developed, it’s been a great experience.”

Coach Izzo also issued a statement regarding Bess and Clark.

“We wish Javon and Marvin nothing but the best in their careers. Javon battled through injuries as a freshman and Marvin had similar adversity this year, but I’m confident they both have bright futures. I’m going to do whatever I can to help them find the right fit moving forward.”

Both players struggled to earn minutes this season. Bess started the first 13 games of the season, averaging 5.5 points per game before being relegated to the bench. He finished averaging just 2.9 points in 11 minutes per game. His lack of size and suspect shooting made it tough for Coach Izzo to put him on the floor.

Clark battled an injury early in the season, severely cutting into his minutes for the rest of the year. He began to make more of an impact when forward Kenny Goins was sidelined with a knee injury on February 14. Clark averaged 3.9 points per game and shot 42.3 percent from beyond the arc.

Both players have two years of eligibility remaining. There has been no formal announcement as to where each player will be transferring to yet.